NOW MagazineFood & DrinkYorkville’s Planta is a breath of fresh air

Yorkville’s Planta is a breath of fresh air

David Lee's plant-based menu is so sophisticated, it's unlike any other veggie-focused restaurant in Toronto 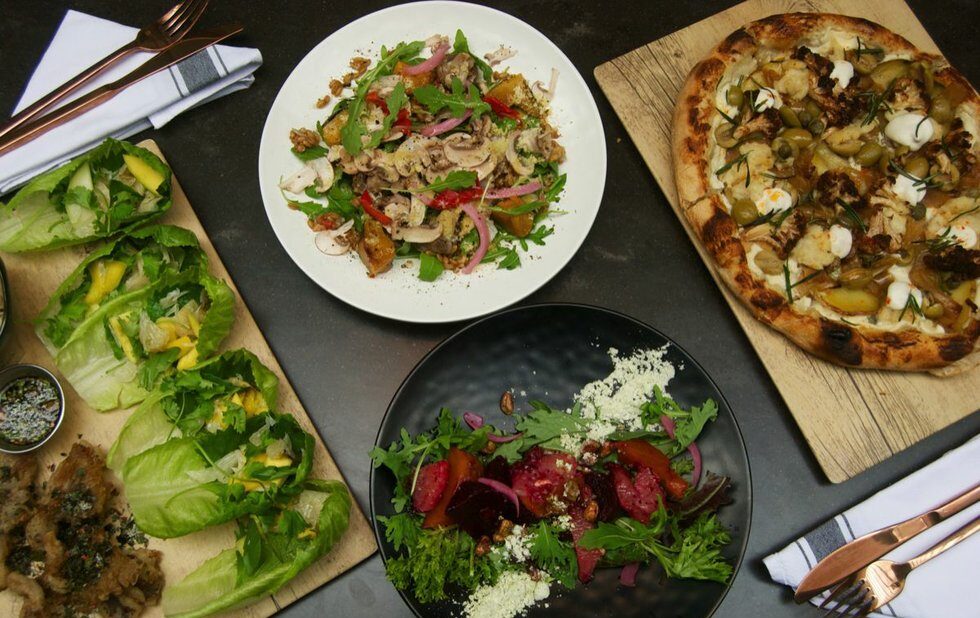 Not to rag on our generally excellent vegan and vegetarian dining scene, but it seems like Toronto’s meatless options stick to two main categories. At one end of the scale there’s the “spelt and sprouts in a bowl” school of dining, and at the other the “your favourite junk food, starring deep-fried tofu” type. In between are a whack of cafés and mom-and-pop shops that, though varied, inevitably skew much more homey than hip.

Which is what makes Planta, the latest offering from the chi-chi Chase restaurant group, such a vital (or, dare I say, “fresh”) addition. For their latest – an airily sophisticated, nigh-on unrecognizable transformation of the former Pangaea – the people behind seafood-centric spots Kasa Moto, the Chase Fish & Oyster and Little Fin put down their claw crackers and brought in former Nota Bene chef David Lee.

Instead of being preachy or brattily transgressive, the restaurant’s “plant-based” approach (a term Planta insists upon in lieu of “vegan”) is subtle, acting as the glue that ties Lee’s wide, genre-hopping menu of Asian, Italian and continental fare together.

“We’re thinking about, ‘What do people really love and look for when they go to a restaurant?'” Lee says. “This is everyday food. Some may be plates that are old classics.”

While Lee threw himself into exploring vegan alternatives to meats, cheeses and creamy sauces, he hasn’t fallen into the trap of straight swapping, say, TVP for ground beef. (The menu is refreshingly low on the usual protein substitutes.) Rather, he mostly lets his ingredients be themselves. Even in dishes like young coconut ceviche ($13.75) or pressed-watermelon poké ($13.25), Lee takes his cues on complementary flavours and textures from what’s in front of him.

There are a few exceptions, including Lee’s much-publicized “18 Carrot Dogs” ($17.50), a platter of smoked-carrot “wieners” that’s worth trying at least once, if only for the head-trip factor. A nutty, fire-charred hot dog substitute, plus a chewy turmeric-yellow bun, ballpark mustard, pickle spears and ketchup, almost tricks your brain into filling in meat where there isn’t any.

Other items defied substitution. At first, Lee was puzzled as to how to get around offering eggs at brunch, and almost opted for making that the one exception to the restaurant’s plant-based rule. Eventually, he decided to crank up the richness through other avenues, like purées, to compensate.

“It became more of a challenge, but it was very positive. It made my life, in terms of being a chef, definitely more difficult. In the end, I said, ‘Well, I can’t replace the eggs, but what would I want? And what would a plant-based diner want? And what would a regular person who eats everything want?’ We’re creating dishes that are still satisfying and exciting.”

Here, Lee walks us through a few of Planta’s sleeper hits. 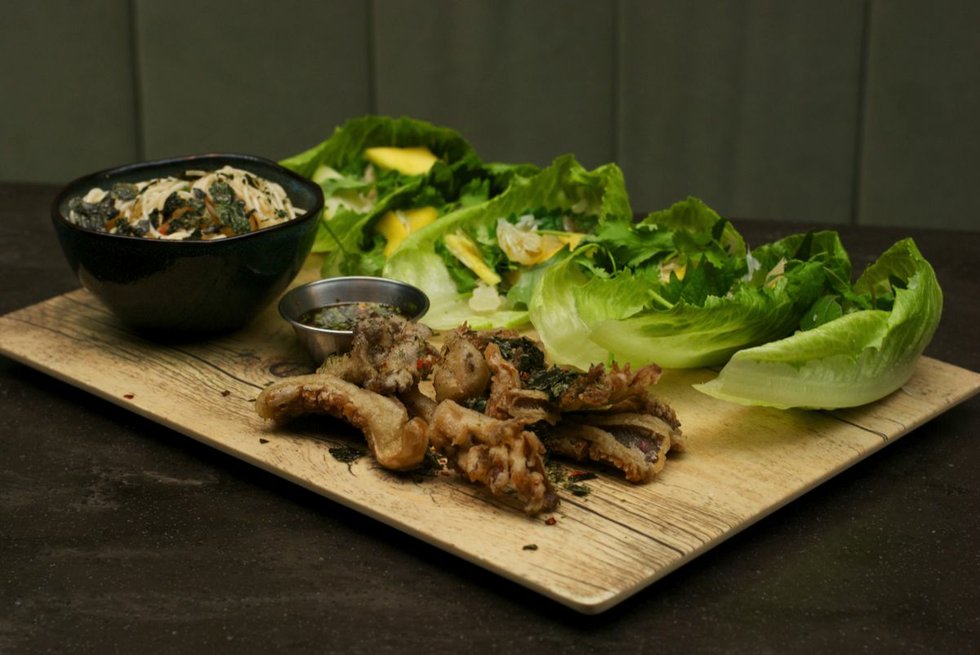 Meaty oyster mushrooms stand in for meat – specifically, Lee says, fried chicken – in this take on Korean ssam. “I just added my own twist on it, with the toasted nori, the pomelos, the mangos and the big, vibrant flavours that are coming out.” Pro tip: to avoid wrecking your outfit, pour the accompanying soy dip onto the rice noodles, then pile those into the wrap. 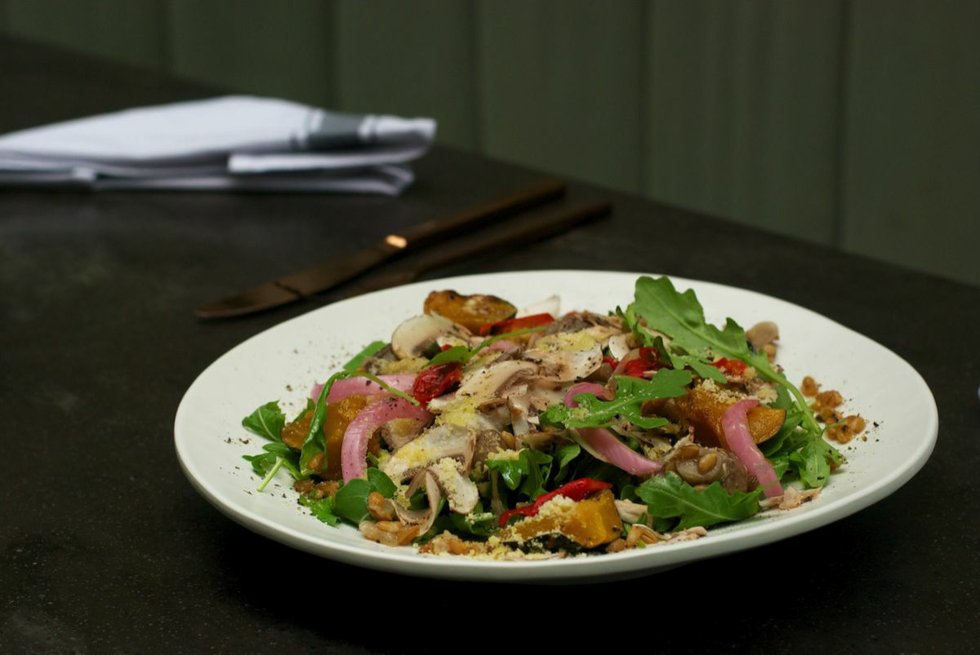 “The squash is in season. We get our vegetables from 100km Foods,” Lee says. “The farro gives it a great texture with the mushrooms and the Parmesan cheese.” So how do you make vegan Parmesan, anyhow? “It’s basically nutritional yeast and almond milk and another couple of ingredients. It’s pretty simple.” 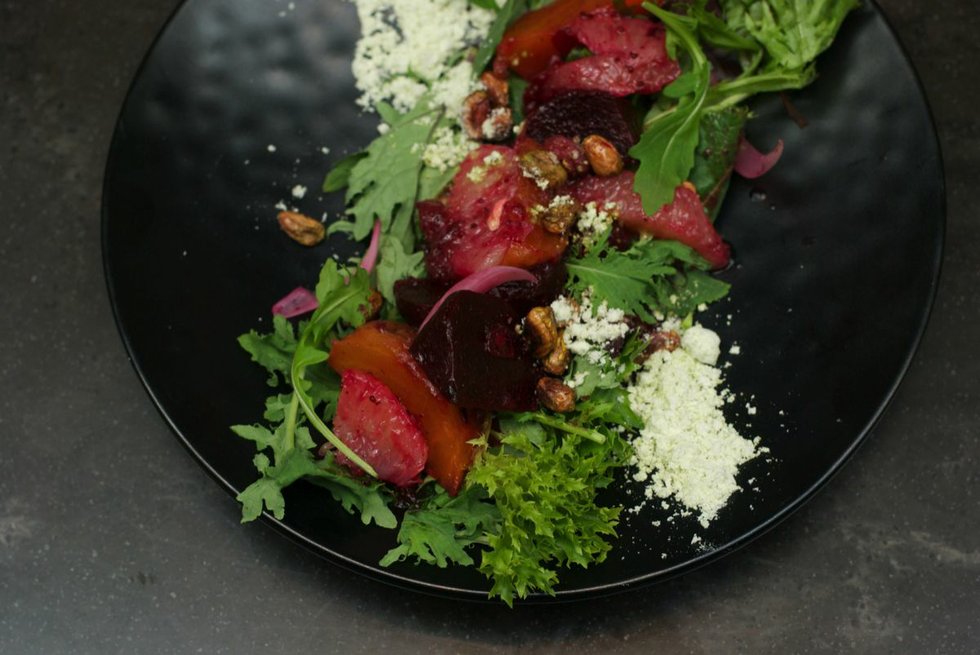 “For us, beets and grapefruit are in season right now,” Lee says. So he pairs them in a salad course, offsetting them with a dusting of crushed pistachios. “We are looking at the seasonal approach. It can get very tricky, you know? I think cutting a tomato and having olive oil and some basil in Italy would taste fantastic – but obviously, we couldn’t do that here, where it’s minus 20° in the snow. I think there’ll be staple items that always stay on at Planta, but throughout the seasons it’ll change. We have a lot of repeat clientele, and I want to give them a new experience in terms of the dishes.” 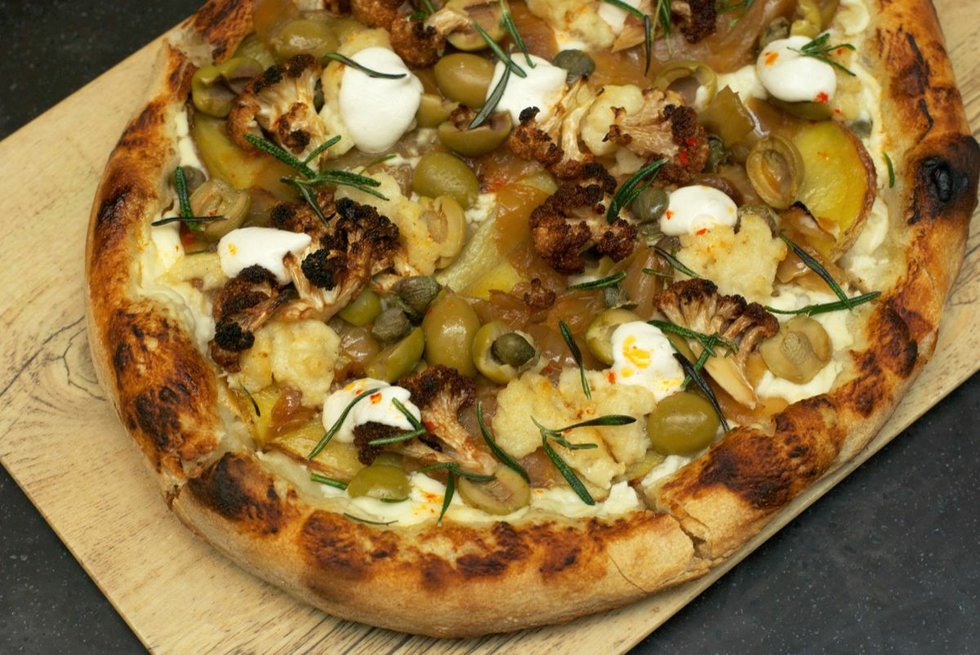 Lee says he’s long aspired to have a restaurant with a pizza oven and brushed up his skills by training at New York Neapolitan pizza spot Kesté and firing up pies in his backyard oven. “We make a lot of our own cheeses, all with nuts. Again, I’m not trying to replace bufala mozzarella, because I couldn’t do that. I think bufala is wonderful. But I’m trying to give [diners] the experience that pizza can be worth having even when it’s plant-based.”

The Bianca capitalizes on the restaurant’s cashew mozzarella and a smooth cashew cream, while capers, olives and chili add bite. Two other pizzas are available, including one that uses farro and fennel pollen as a stand-in for Italian sausage. 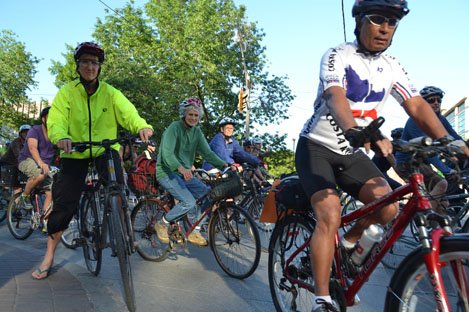 There are a million ways to make a killer vegan dessert. Lee’s most showstopping offering is a young coconut filled with coconut pudding laced with tofu cubes, coconut flesh and basil seeds, then topped with a sphere of passion fruit sorbet for a burst of straight-from-the-tropics flavour. Other offerings include a seductive torte layered with chocolate and raspberry sorbets. Lee’s philosophy is thus: “We want people to say, ‘I don’t really want dessert, but I have to have this dessert.'”