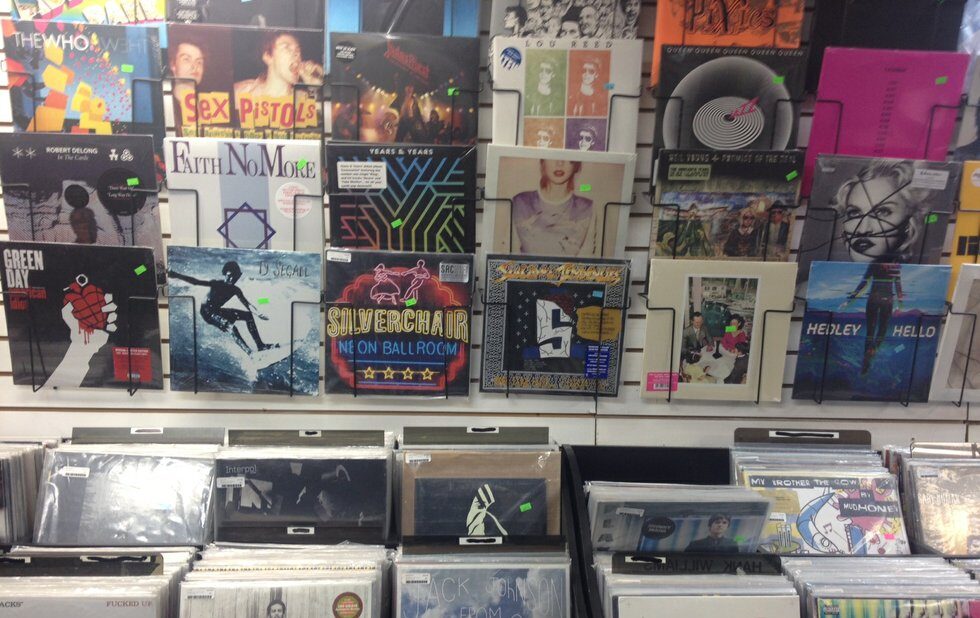 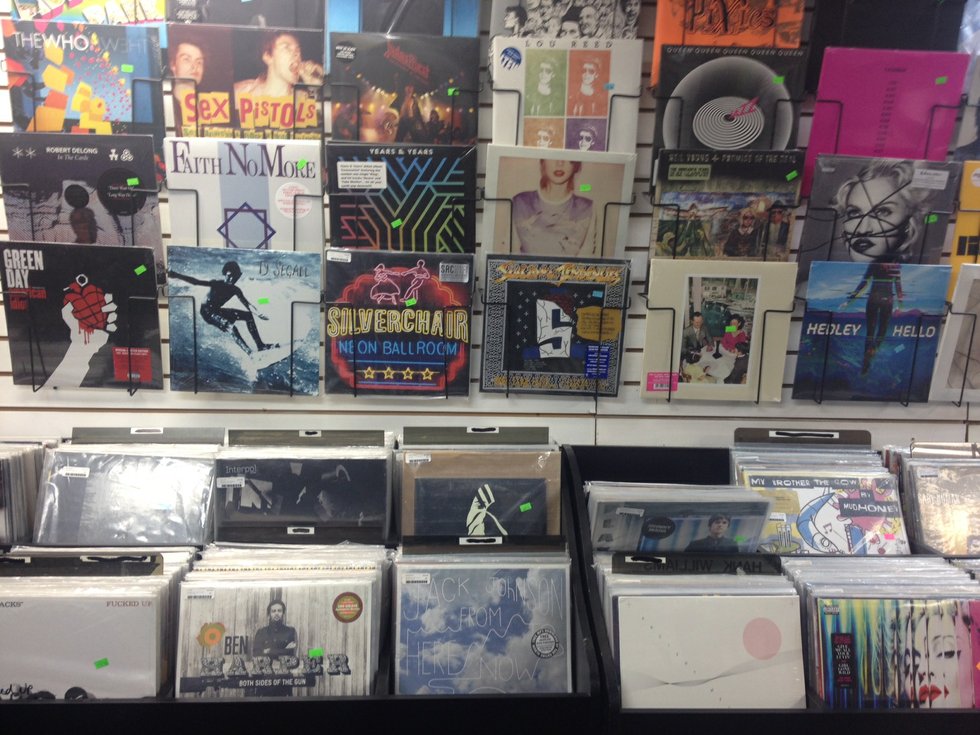 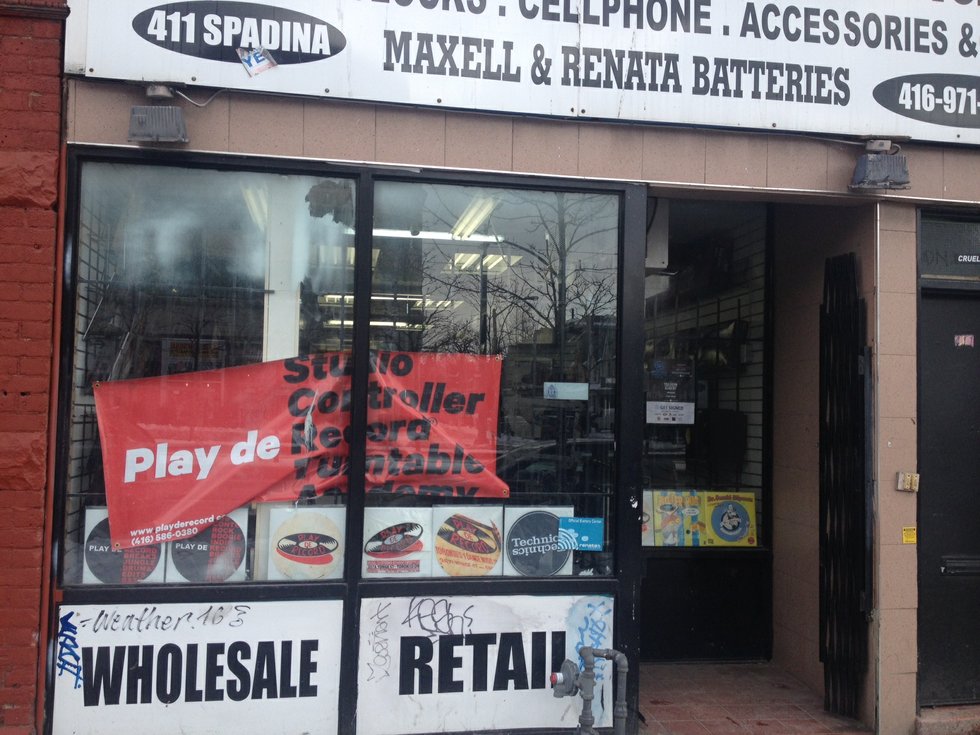 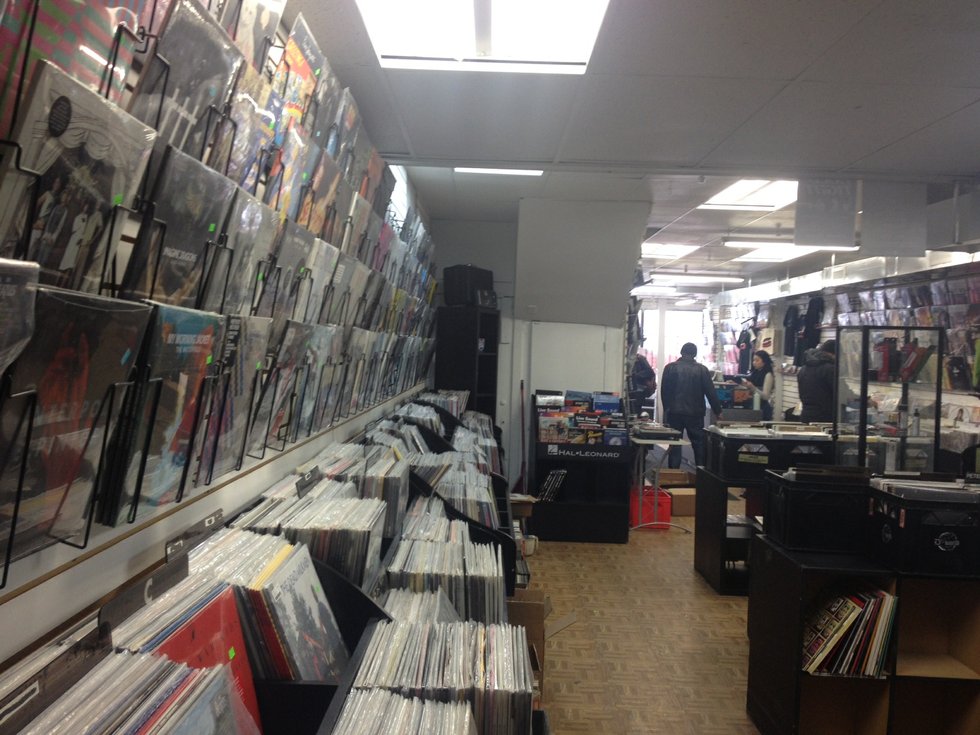 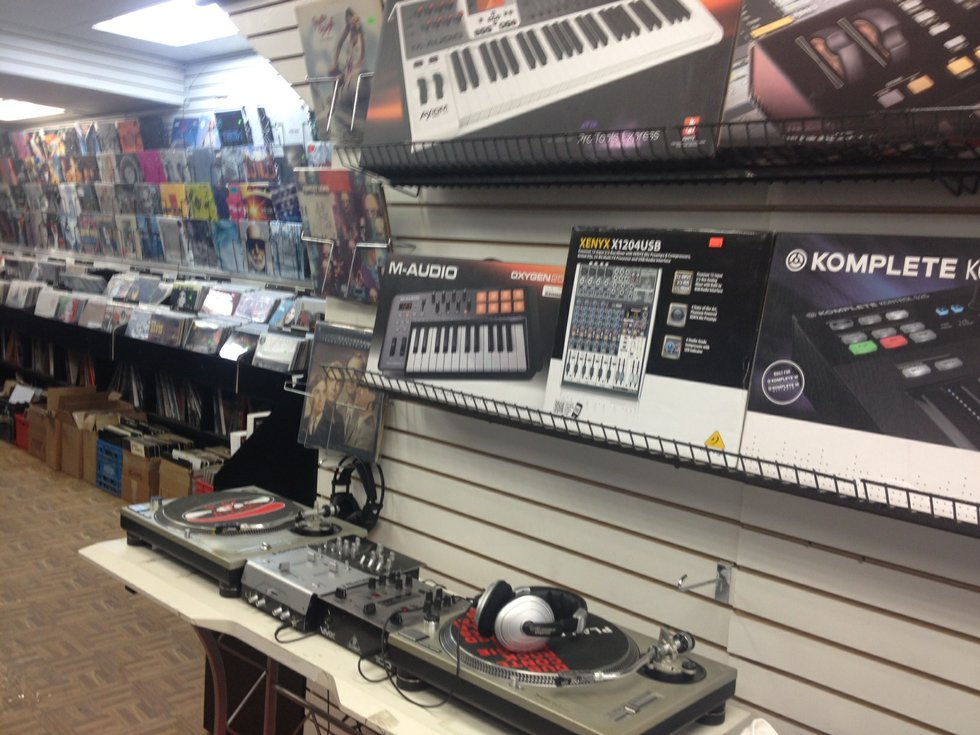 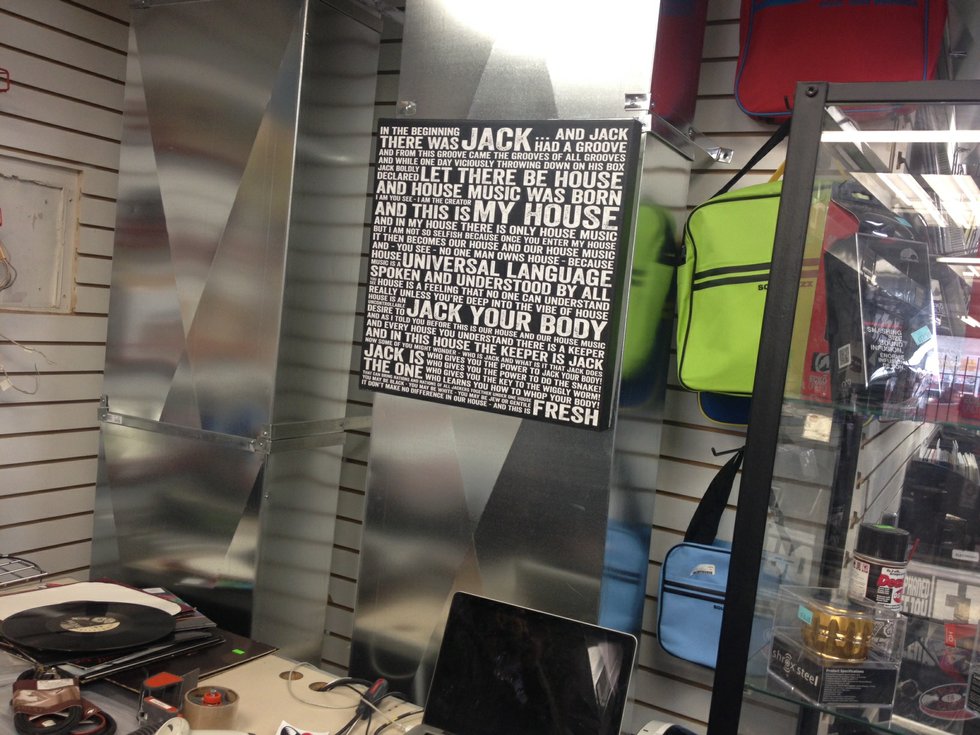 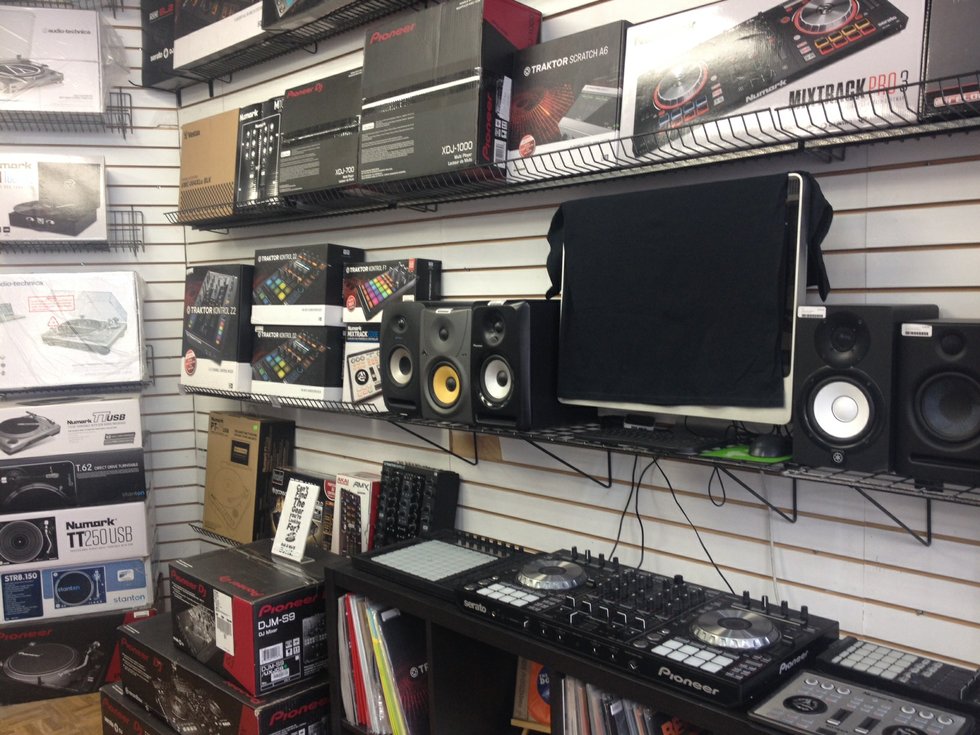 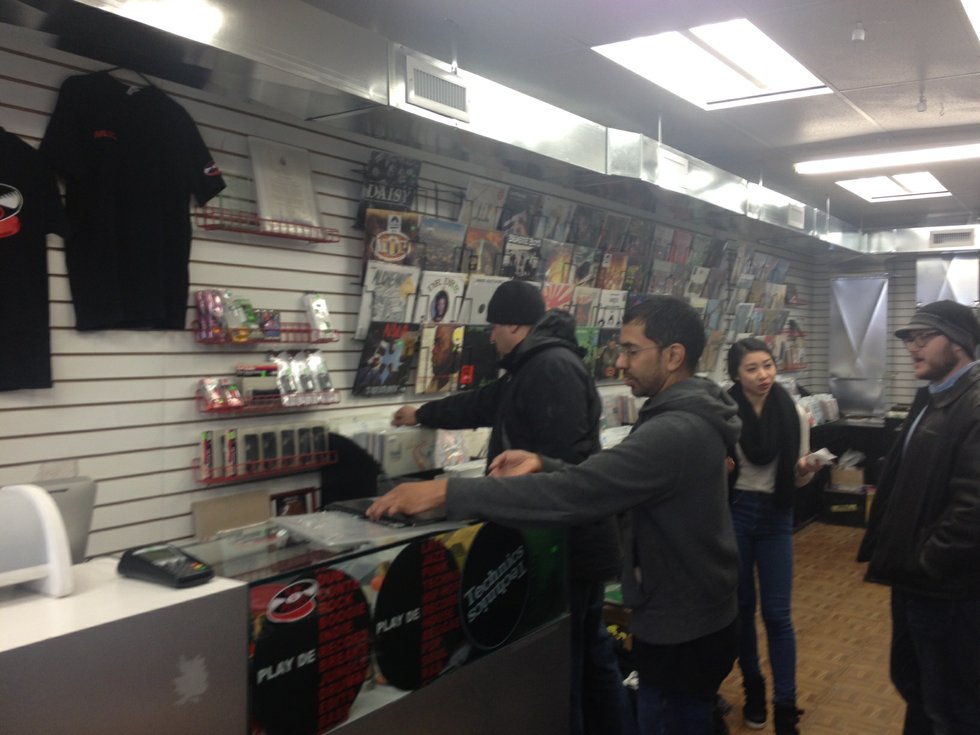 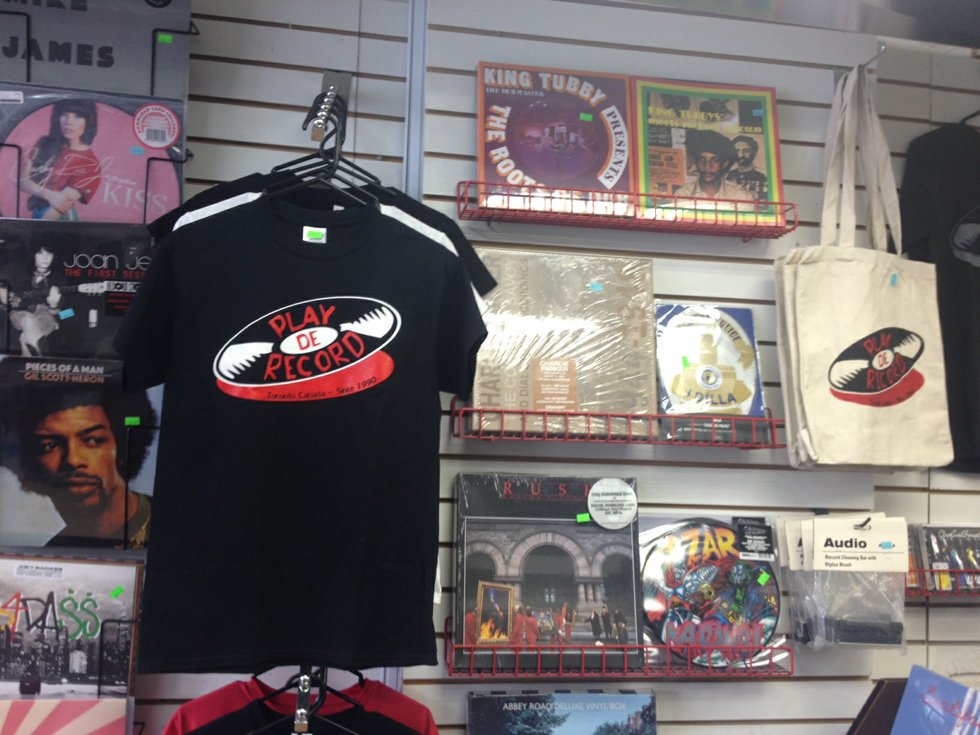 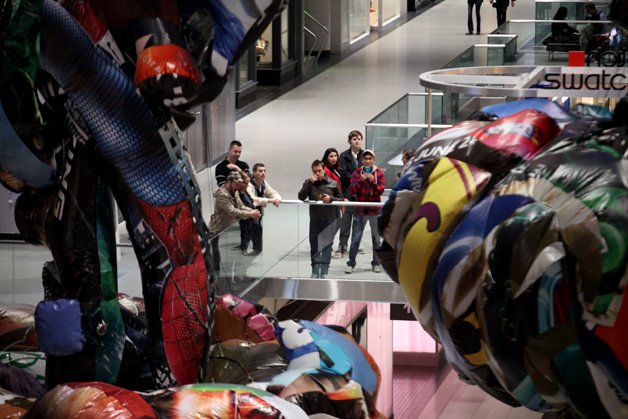 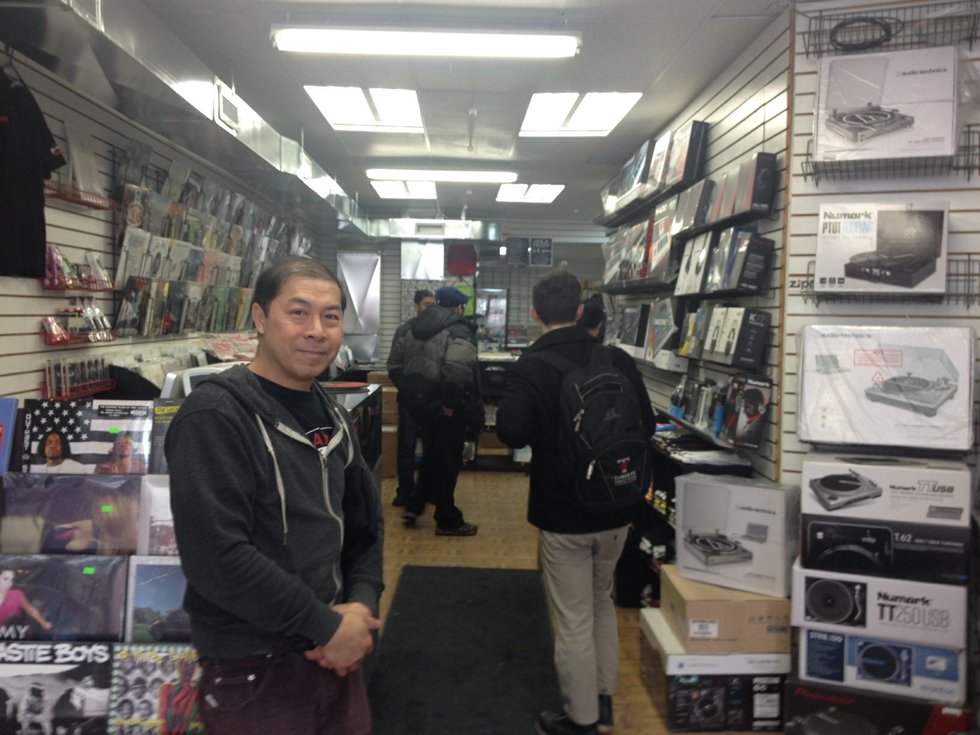 There has been a flurry of popular record stores changing locations recently, including Rotate This and Sonic Boom, and now DJ culture institution Play De Record has moved from Yonge Street to 411 Spadina Ave.

We took a first look at the new space Friday afternoon and although the owners were still in the middle of setting up, the vibe was immediately familiar.

The Spadina location is a bit smaller but a garage space in the back presents new possibilities for owners Eugene Tam and Jason Palma.

“In the summer we might use it to do some stuff,” says Tam. “Maybe some band things, or sell more records there or have  DJs play there. You never know.”

Tam and Palma chose to move largely due to the location, which they see as a better spot for an indie record shop than Yonge and Dundas.

They’re still waiting on new signage as the iconic sign from the original location was too large to fit on the new storefront. Tam is also hoping to install front windows that can open up onto the street in the warmer months – something they couldn’t do at the old spot.

An important part of local club culture, Play De Record opened in 1990 and has outlasted all other DJ-oriented record shops. The sometimes intimidating experience of waiting to use the turntables to skim through records before buying used to be a rite of passage for Toronto DJs during the vinyl era.

Customers also jokingly referred to PDR as the best record store to buy a switchblade since the front-half of the Yonge location was occupied by a convenience store in the early years.

“I just looked at my Facebook and somebody cracked a joke about that,” Tam says, laughing. “It was like Rock And Soul in New York [one of NYC’s longest running shops]. People who’ve been to that store say we remind them of that: they also have stereos in the front, and then it’s just records, from top to bottom at the back.”

In the 90s and early 00s, Play De Record would be the place to find flyers for every rave and underground club night as well as mixtapes by local DJs and event tickets, which made it an important place in the city’s dance music scene during the pre-internet era.

As club DJs shifted towards digital, the store adapted by stocking more DJ equipment, and then starting a DJ/production school in the basement. (Classes will resume in the new location once the basement space is set up.) They also began carrying more rock and pop vinyl alongside the hip-hop, house, techno, soca, drum’ n bass, dancehall and other club genres.

As we chat, a customer interrupts Tam to eagerly ask if the newest shipment of records has come in, and he points the excited patron toward a big pile of boxes of vinyl that had just been dropped off. For a second, it felt just like 1995 again.