The players in the James Forcillo trial

In the history of major cases in Toronto, the same characters show up again and again. 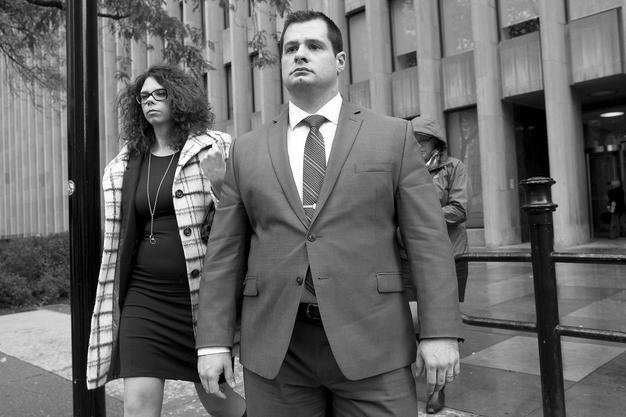 “Forcillo’s Gym is a place for teenagers who beleive [sic] in getting huge the man’s way… no juicers allowed,” reads the introduction to Forcillo’s Gym, an online bodybuilding resource the accused co-founded when he was a grade 12 student at North York’s William Lyon Mackenzie Collegiate Institute in the late 1990s. The site offers emo-tinged motivational platitudes such as “I changed from a faker to a maker and now I make my future, whatever it may be.” His family soon moved to South Pasadena for his father, Donato’s, work in the import/export business. Donato later told the Globe that his son would drive the family Buick to the East Los Angeles College where he became a straight-A graduate of the justice program. Forcillo then moved back to Toronto, got a psychology degree from York and worked as a security guard before being accepted at the police college. In a sympathetic 2014 Toronto Life feature, wife Irina described him as loving his work but reluctant to socialize with his fellow officers outside of it. 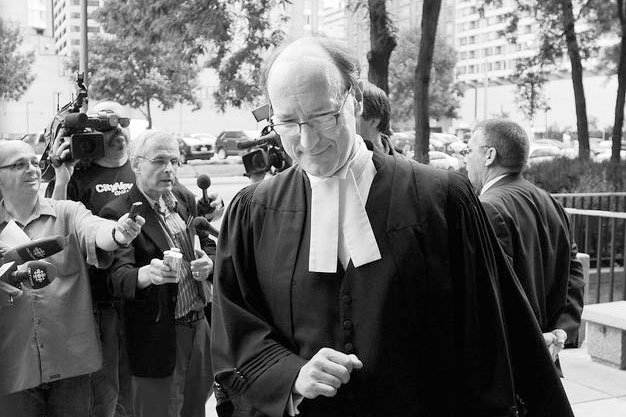 As the chief counsel of justice prosecutions in the criminal division of the Crown law office at the Ministry of the Attorney General, Rupic has been heading up legal proceedings against police and other public officials since the late 1990s. His high-profile cases have included an unsuccessful appeal of the relatively lenient sentence imposed on the OPP sergeant who killed Dudley George in 1995, and the unsuccessful prosecution of a pair of Toronto police officers charged with dangerous driving when a 73-year-old cyclist was killed as they chased a stolen van in 1998. Most famously, however, he led the nearly two-decade-long corruption case against the Toronto police drug squad that had been commanded by Staff Sgt. John Schertzer. It was initially thrown out due to delay in 2008 (and Rupic sued the Toronto Star for printing quotes suggesting that his office had deliberately botched it). But the Court of Appeal ordered a new trial the next year, and the case finally concluded with a whimper last spring, with the court both handing down and staying three-year sentences against each of the five accused.

The Honourable Edward F. Then The Judge

Originally called to the bar in 1972, Then had been a Crown attorney for 17 years, working his way up to become director of the Crown Law Office before the Brian Mulroney government appointed him to the bench in 1989. In the early 90s, his refusal to allow a defence lawyer to screen potential jurors in a murder trial for racial bias resulted in the conviction being overturned on appeal, which set a new standard for jury screening. Later that decade, he oversaw the trial of Tyrone Edwards, charged with a fatal shooting at Caribana, and removed a preliminary-hearing judge from the Just Desserts murder case for inappropriately holding a private meeting with the Crown. In 2000, he ruled that a 1995 Liberal amendment to the Criminal Code prohibiting extreme intoxication as a defence was in fact unconstitutional, and from 2004 to 2007 spent three years writing a decision concerning whether he’d been misled by the RCMP into improperly keeping secret certain information related to the Airbus investigation. More recently, Then was part of the Divisional Court panel that reversed the decision to boot Mayor Rob Ford from office as a result of Paul Magder’s conflict of interest application against him. 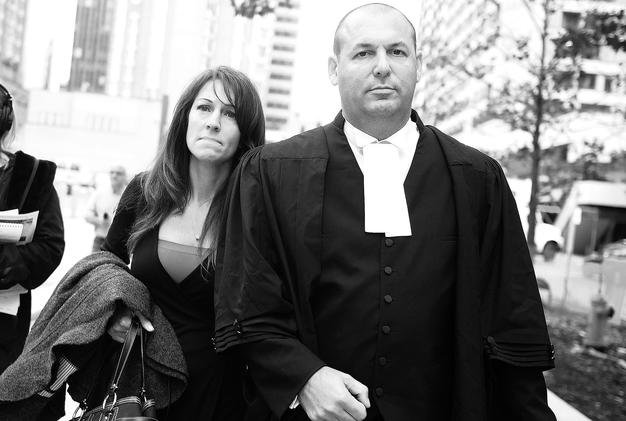 “I probably eat and drink better than anybody in the city,” Brauti boasted in a 2009 interview with Precedent magazine, referring to the several restaurants and bars in which he has an ownership stake, including recently closed King West hot spot Brant House. (According to a recent Globe story, his food and nightlife ventures collectively gross $37 million a year.) A managing partner at Brauti Thorning Zibarras, he’s spent the last decade establishing himself, in the words of the Star, as “the go-to lawyer for police officers in trouble.” Part of that reputation was earned defending ex-cop Joseph Miched in the epic corruption case against the Toronto police drug squad headed up by John Schertzer. On the Forcillo trial, Brauti’s being assisted by Lawrence Gridin, another partner in his firm, who while a law student in 2010 wrote a blog post decrying the suspension of civil liberties at the G20 – and then four and a half years later helped Brauti defend Superintendent Mark Fenton, the senior officer heading up policing at the summit, against the Police Act charges brought against him.

Read our cover feature on the ongoing Sammy Yatim case.