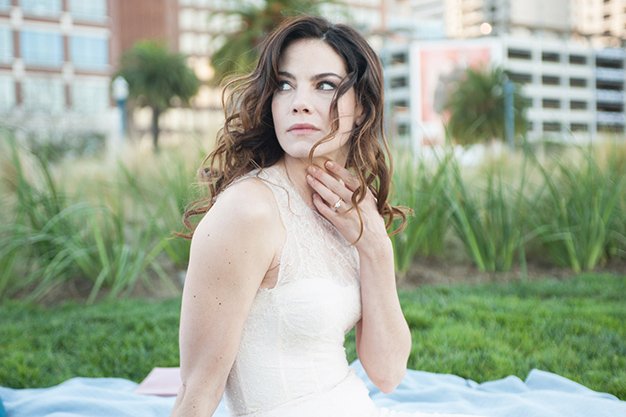 Michelle Monaghan wonders if she should have taken this crappy role.

In a vividly realized urban setting, a lonely, cynical guy finds himself smitten with a vibrant young woman, only to discover she’s already in a relationship. So they decide to be friends – because nothing could possibly go wrong with that plan.

Yup, it’s The F Word, only it’s set in and around Los Angeles instead of Toronto, and rather than having Daniel Radcliffe and Zoe Kazan grapple with platonic buddyship, Justin Reardon‘s comedy stars Chris Evans and Michelle Monaghan as its should-be lovers.

Which could be fine, but screenwriters Chris Shafer and Paul Vicknair aren’t interested in creating relatable characters, instead relying on rom-com stereotypes and contrivances that are supposedly excused by making Evans’s character a jaded screenwriter. (This guy, right? Complaining at length about the artifice of romantic comedies even as his life turns into one!)

Worst of all, though, is its wholesale waste of an insanely talented cast – and not just Evans and Monaghan but Ioan Gruffudd, Aubrey Plaza, Luke Wilson, Martin Starr, Topher Grace, Philip Baker Hall and Anthony Mackie. I enjoy every last one of them, but not like this. Dear god, not like this.