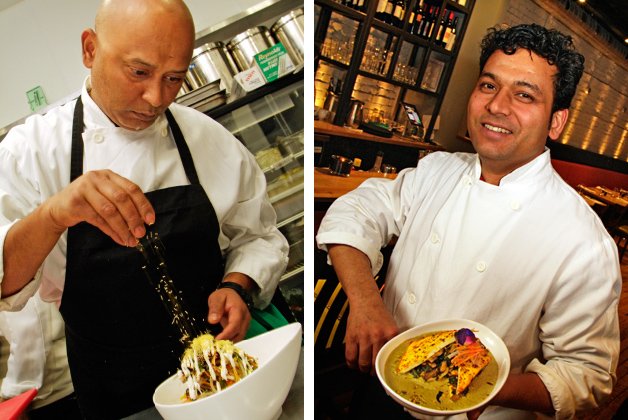 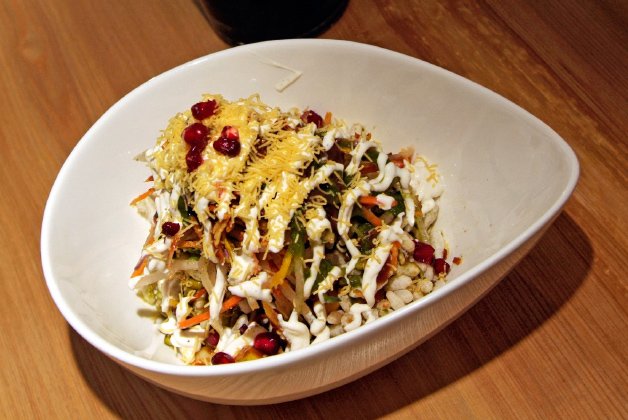 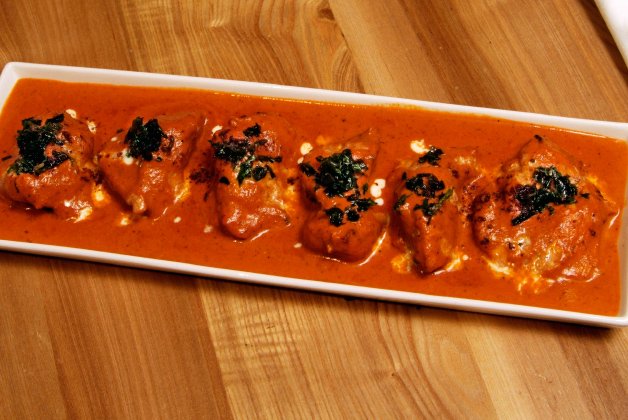 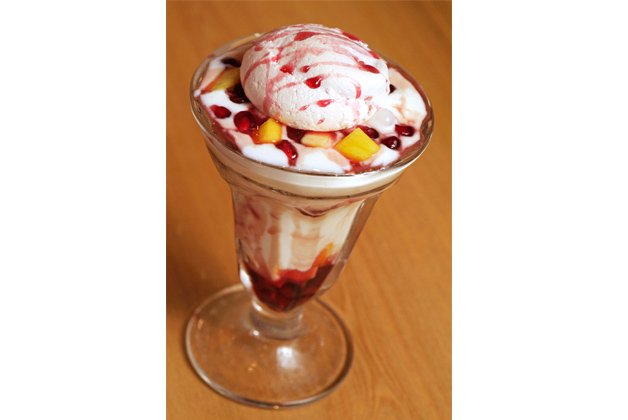 Now in its third month, Harsh Chawla and Derek Valleau’s Pukka dares to go where few of Toronto’s countless Indian restos have ever ventured – upscale.

Oh, we’ve had several attempts in the past. Both the Rice Factory’s Bombay Bistro on Balmuto and Debu Saha’s various valiant efforts attempted to raise the bar higher than the closest all-you-can-eat buffet but never found an audience. Seems when Toronto thinks Indian, we only want it cheap.

Those who balk at entrees in the double digits will likely stay away, but those who appreciate a creative kitchen, attentive service and background music that stays exactly there will find much to love at Pukka. They even take reservations and hang up your coat. No wonder the modish 70-seat room’s packed with well-heeled locals this freezing Tuesday eve.

His mains dazzle as well. Vegetarians won’t feel like second-class citizens when they opt for grilled paneer that’s been dusted with turmeric, stuffed with spinach and a forest’s worth of wild mushrooms and garnished with nasturtiums, a puddle of pistachio korma sauce underneath ($17.30). And though it’s an unwritten law that virtually every Indian restaurant in the western hemisphere is required to include butter chicken on the menu, Pukka’s rises above the Subcontinental cliché, here a marriage of chunky tender chicken breast and nutty gravy finished with wilted fenugreek ($17.90).

But who needs sides of saffron-scented basmati rice ($4.60) in cute glass jars with resealable lids when there are baskets of buttery garlic naan and crisp whole-wheat roti ($7.20) straight from the tandoor oven?

Borrowing a well-thumbed page from Vancouver chef Vikram Vij’s playbook, Butola sends out smoky lamb chops fashioned into “lollipops” in a minty cream sauce ($25.90). Sadly, since there’s five of them and three of us, muggins loses the toss. A side of French al dente greens beans finished with sweetly caramelized onion and shredded coconut ($8.70) more than makes up for it.

And who can say no to the dessert known as Eton Mess ($7.60), especially when it translates as rosewater-soaked meringues in pomegranate syrup and sweet lassi cream?

See what we mean next Friday through Sunday when Pukka offers a Valentine’s Day-themed tasting menu alongside its regular à la carte lineup for $110 per couple, $150 with wine. At these prices, it doesn’t pay to be single.