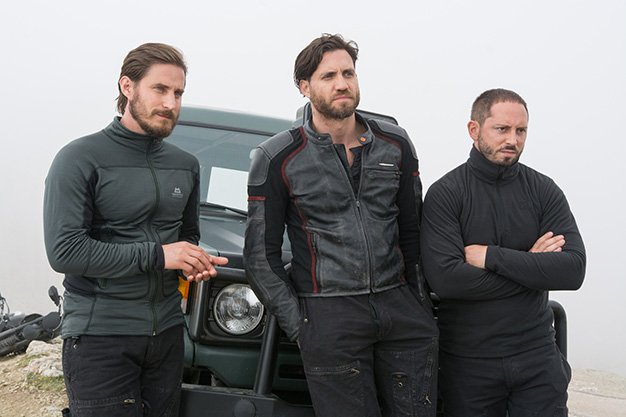 Point Break arrives just under the wire to qualify for the worst remake/reboot/reimagining of 2015. And, yes, that means its even dumber and less connected to its source material than the movie they made of Jem And The Holograms.

Entrusted with updating Kathryn Bigelows beloved 1991 actioner in which FBI agent Keanu Reeves infiltrates a bunch of bank-robbing surfers and winds up tempted to the dark side by charismatic guru Patrick Swayze writer/producer Kurt Wimmer (whose other remake credits include The Thomas Crown Affair and Total Recall) decided the best way to bring the property into the present day would be to strip it of its humour and energy.

Wimmers Point Break reframes the bad guys as extreme athletes out to complete a mystical series of eight impossible tasks (pulling Robin Hoodish acts of terrorism after each one). Luke Bracey, the new Keanu, plays a scowling ex-sportster trying to redeem himself after a tragic loss. That might not sound terrible, but dear god, the execution.

Director/cinematographer Core already has one Point Break remake under his belt, having shot The Fast And The Furious, so youd think hed have a feel for the material. Instead, he turns the movie into two grinding hours of montage sequences broken up by a thoughtful moment when the new Bodhi (Edgar Ramirez, utterly joyless) drones on about transcendence and nirvana and honouring the earth while Bracey tries to look interested.

Edgar Wright, Simon Pegg and Nick Frost showed more love for the original in four minutes of Hot Fuzz than Core and Wimmer do over two long, long hours. A mid-movie bank heist on an Italian mountaintop keeps you from totally zoning out, but thats it. This is witless, apathetic filmmaking being marketed to boneheaded gym rats.

Sitting through it is like drowning in Red Bull.