Police say they've cracked the case of the "mystery tunnel." But the explanation behind it is still pretty weird.The Toronto. 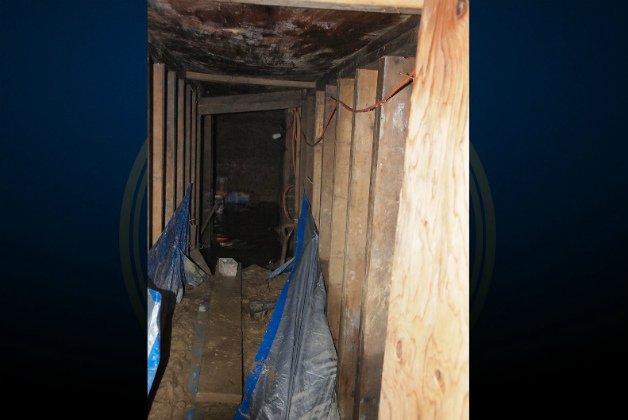 Police say they’ve cracked the case of the “mystery tunnel.” But the explanation behind it is still pretty weird.

The Toronto Police Service announced Monday morning that the force has wrapped up its investigation into the 33-foot tunnel that was found in January in the woods near York University.

The discovery in Black Creek Park Land, made public last week, prompted a frenzy of speculation across the city and on the internet, with possible explanations ranging from a terrorist plot targeting the upcoming Pan Am Games to an elaborate prank by York students.

But in a press release police said that they have found the two men responsible and concluded that the pair built the tunnel for “personal reasons.” The men, who were not publicly identified, are not facing charges.

“With the enormous interest generated by the media, police received information on Friday, February 27, 2015, which enabled investigators to identify two men. The two men told investigators they built the tunnel for personal reasons,” the press release said. “Investigators have verified their account and are satisfied there was neither criminal intent nor any threat to the people or city of Toronto.”

In an interview, police spokesperson Constable Victor Kwong elaborated on what what the force deemed “personal reasons.”

Kwong said the men were identified after people who knew them called the police last week amidst the intense media coverage of the tunnel story. After conducting several interviews with the men and their acquaintances, the cops determined their explanation for why they dug the hole checked out. Kwong said the pair were “really apologetic” about the furor they had caused.

The tunnel was a sophisticated structure. Its builders used a sump pump to suck out ground water and a pulley system to extract the dirt, and buttressed the interior with wood-frame construction. But despite initial suggestions from the police that the tunnel’s architects must have had expertise in construction, Kwong said, “We found out that they actually have no training. They were not ex-miners, not engineers, not engineering students.” They have no affiliation with York or the nearby Rexall Centre, according to the constable.

Kwong also revealed that police found more items at the site than they initially told the public, including candy wrappers, beverage containers, and chairs. The rosary and Remembrance Day poppy that were found nailed to tunnel’s interior wall had “no deeper meaning,” he said.

Police made clear last week there is nothing criminal about digging a tunnel in the woods. But that doesn’t mean the force is encouraging tunnel-digging wily nilly.

“There was no and is no threat to public safety. But we’re not saying go ahead and dig a hole,” Kwong said.

Although the diggers may not have violated any criminal laws, they may have contravened bylaws governing public parks. Kwong said it would be up to the owner of the park land, the Toronto and Region Conservation Authority, to decide whether to take any action against the culprits. A spokesperson for the TRCA did not immediately return a request for comment.