Porchetta & Co. and pizza: Together at last

A3 Napoli to offer sandwich-slingers' famous roast starting this week 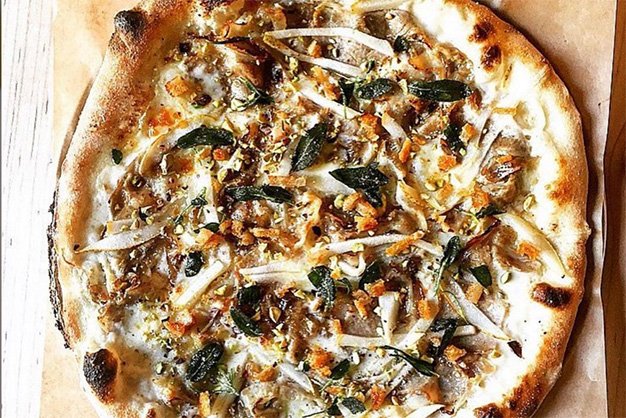 When Pizzeria Libretto and Porchetta & Co. shacked up together on King West last fall, the first thing that sprang to mind was, naturally, “Does this mean you’re going to put some of that pork-based magic on a pizza anytime soon?” The official answer from Libretto higher-ups was that it would happen eventually, and when it did, they’d probably make an event out of it.

Looks like that time has arrived – but instead of the King West Libretto, the magic will happen at sister shop A3 Napoli. This Thursday, a porchetta pizza will be unveiled as a permanent addition to the menu, with chef Nick Auf Der Maur’s signature roast coming straight from the Porchetta kitchens.

The sweet-and-savoury pie, which also features bechamel, parm, provolone, pear and a few sprinklings of pistachio, fried sage, honey, and porchetta crackling, will set diners back $15.

To celebrate the merger, Auf Der Maur and Libretto/A3 chef Rocco Agostino are on hand Thursday and Friday (April 14 and 15), and A3 will roll out a collection of other porchetta-stuffed eats, like deep-fried pizzas, through the weekend.