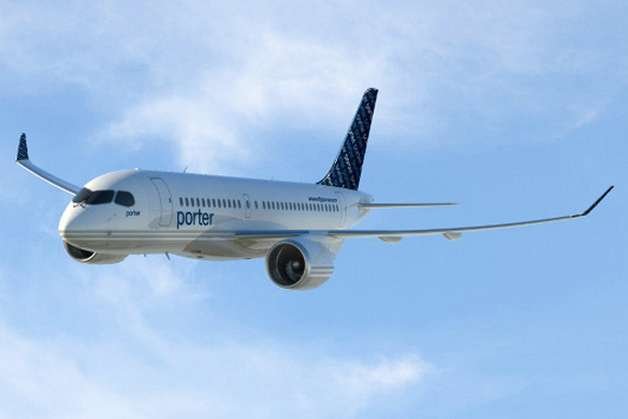 Ahead of a pivotal vote on the plan to expand operations at the island airport, one councillor is accusing the airline behind the controversial proposal of overly aggressive lobbying.

“I have never seen anything like it in all my years of council put together. It’s like 50 casino lobbyists. It’s unreal,” she said.

The Etobicoke Centre councillor argues that there are still too many unknowns about the expansion plan to approve it when it goes before council on Tuesday, and the intensity of Porter’s lobbying only makes her more skeptical.

Lindsay Luby said she even received an automated text message from Porter CEO Bob Deluce on her landline at 4 a.m. on Sunday morning, as well as a voice mail from him the same day asking her to coffee. She didn’t respond.

Porter has been working hard both publicly and behind the scenes at City Hall to win approval for the airport expansion. Five of its employees are registered with the city as lobbyists, and Deluce alone has personally logged over 300 contacts with councillors, their aides, and city employees since December 2012. The airline also hired the high-powered lobbying firm Sussex Strategy Group to speak to councillors on its behalf.

Advocacy group NoJetsTO has countered Porter’s efforts, matching the airline’s enthusiasm if not its resources. Gautam Malkani, a spokesperson for the group, says it’s “always been a David versus Goliath fight.”

“[It] basically tells me if you have a big email list and you have $10 million you can sway fact-based decision making,” he said.

Porter spokesperson Brad Cicero denies that the company has been overly aggressive. “There’s certainly a lot of bad information out there, that’s one of the reasons that we have to be as active as we are,” he said.

Cicero said the message that woke up Councillor Lindsay Luby was a mistake, and that Deluce had meant to send a text message to her cell phone, not her landline.

“Mr. Deluce starts his day pretty early, usually around 3 a.m. or so,” he said. “He was just really trying to send a message to the councillor and it inadvertently went to a wrong contact in the address book… He certainly didn’t intend to disturb anybody at that hour.”

Deputy Mayor Norm Kelly is a major backer of Porter proposal, but says he’s supporting it because it would benefit the city’s economy, not because of the airline’s business ambitions or lobbying. Kelly or a member of his staff has met with Deluce nine times since council granted the deputy many of Mayor Rob Ford’s powers in November.

He stresses that any benefit to the airline’s bottom line would only be “a secondary result,” and the real goal is to develop the airport as an economic asset for the city.

“It has nothing to do with Porter,” Kelly said.

Kelly dismissed speculation that Deluce is merely using the expansion plan to increase the value of his company in preparation for an eventual public offering. “I don’t even care about that,” Kelly said, noting that Deluce denied such allegations last week.

The staff report that will be debated at council on Tuesday could advance the island airport plan but won’t lead to the immediate approval of Porter’s request to extend the facility’s runways by up to 400 metres and allow the company to fly jets out of the site. Instead, the report recommends that councillors give city staff permission to begin negotiations for a three-step process.

The first phase would address the current negative impacts of the airport’s operations by instituting immediate strategies to mitigate traffic, noise, and environmental effects, as well as set caps on annual passenger loads and flight frequency.

The second phase would secure details of the proposed expansion, including that extending the runway by would not enlarge the “marine exclusion zones” that prohibit boating near the airport. Funding for ground side infrastructure improvements would also have to be confirmed, and the CS100 jets that Porter intends to use would have to be certified to ensure they would not breach the airport’s noise restrictions.

If the conditions of the first two phases were satisfied the expansion plan would return to council for a final vote next year, after the October municipal election.

The runway extensions and lifting the jet ban would require the consent of the city, Transport Canada, and the Toronto Port Authority, which are the three signatories to the agreement that governs Billy Bishop. A motion approved by executive committee last week would limit jet flights to 25 per cent of all the airport’s flights.

Despite the many conditions being put on the proposal, Councillor Mike Layton says there’s no point in going forward. He hopes council kills off Porter’s bid because he believes the estimated $300-million worth of ground side infrastructure upgrades that could be needed to cope with increased airport activity would be better spent on other projects.

“Is fixing the Gardiner a priority? Is addressing our affordable housing gap a priority?” he asked. “Those are where we should be going and what we should be spending our money on.”