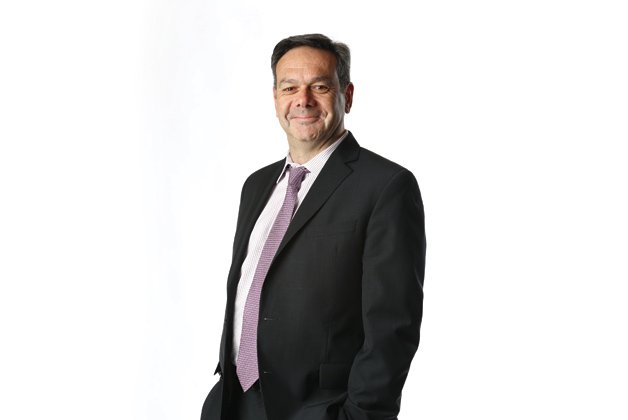 Wars are easy to get into but difficult to get out of.

George F. Walker’s new comedy applies this observation not only to nations but to people, giving it his signature gritty street-level treatment. Dean (Noah Reid), a young sniper recently back from Afghanistan, is trying to readjust to the challenges of civilian life. Unemployed, and facing a bleak economic situation, he falls back on his military training to make ends meet.

“Through all of George’s work there is a kind of anger about working-class people getting stuck – a lack of social mobility,” says Michael Healey, who plays Dean’s social worker, Oliver, who must break the bad news that good jobs are hard to find, especially for veterans.

“Who gets sent off to war? It’s mostly young people and people of a certain class,” says Healey.

“George looks at what happens when these people get exploited in this particular way. The skills that Dean learns as a sniper – patience and detachment – don’t just go away when he gets back home. They just get exploited in a different way.”

As with Walker’s best-known plays, the humour in this comedy comes from a very dark place.

“George’s anger doesn’t have to travel very far before it becomes funny,” says Healey, who’s also acted in the playwright’s Better Living and The End Of Civilization.

“That’s always been his strong suit – he doesn’t have to abandon his rage to find the humour. In fact, as an actor, you just have to go deeper into it to find the absurdities. You access his humour not when you go for laughs, but when you go as far into the anger as you can.”

“The play really focuses on the eternal question of the social cost of war, and what responsibility a society has to those people that are sent away to fight when they come back.”

The Toronto premiere, which concludes Ken Gass’s inaugural Canadian Rep Theatre season in conjunction with Mirvish Productions, also prompts a recollection of two recent skirmishes in the local theatre scene: Gass’s surprise firing from Factory Theatre in 2013 and Healey’s dismissal from the Tarragon over his treatment of Prime Minister Stephen Harper in his play Proud.

While Healey once supported a boycott of Factory over the board’s treatment of Gass, he now says that fight is over.

“The boycott was about trying to get the board to walk back its decision, and that failed. So as far as I’m concerned, the boycott is over. I’ve since expressed my desire to see the Factory as an institution remain and thrive,” he says. “It would be awesome if a few of its board members were gone – but that’s no longer my fight. I’m now entirely committed to the Factory thriving.”

After Dead Metaphor, Healey plans to return to writing. Building on the success of his controversial assessment of the current PM, he’s in the early stages of work on a play about Joe Clark’s brief stint in the top job back in 1979 and 80.

“I’m doubling down on my desire to examine uninteresting, uncharismatic Conservative politicians.”