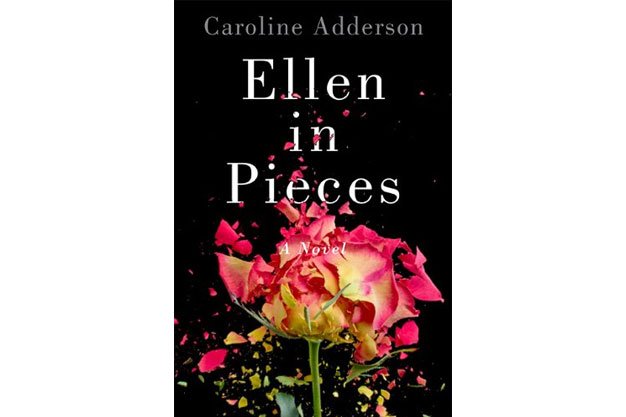 Caroline Adderson writes great characters, and the protagonist of Ellen In Pieces is one of them.

Ellen McGinty’s a middle-aged mess with a ton of family problems. Her father, suffering from Parkinson’s, arrives out of the blue and settles in at her house, her sister can’t stand her, her philandering ex-husband is a consistent pain, and her daughters – Mimi, who’s battled a drug problem, and Yolanda, who’s 18 and pregnant – are a major source of distress.

But Ellen, an ex-hippie with talent as a potter, is a resilient survivor determined to forge a creative and emotionally fulfilling life. She quits her successful PR business, opens her own art studio and embarks on an affair with Matt, a guy half her age who’s doing a lot to raise her self-esteem.

Adderson tells her story with immense skill. Vancouver and Cordoba Island, where Ellen and her husband first set up house, are vividly portrayed.

And Ellen’s not the only intriguing character. Ex-hubby Larry is effectively icky as a guy who took advantage of changing sexual mores in the 60s, and Adderson draws a fascinating portrait of the once drug-addled, now incorrigible Mimi. The sequence in which she becomes addicted is so powerful it’s frightening. I felt like it could be from another book, and it turns out it was at one point a stand-alone story.

But the narrative takes a turn about two-thirds of the way through that dramatically changes the tone and acts as an artificial excuse for changing the characters’ attitudes.

I do know shit happens life is like that. But that doesn’t mean fiction has to be.

Still, Adderson’s novel is a page-turner with emotional depth.