NOW MagazineNewsPowering down for Earth Hour: the candle guide

Powering down for Earth Hour: the candle guide

What will you be contemplating while the lights go out for Earth Hour on Saturday, March 29? While you ponder the fate of the planet (and mull over how you can help), make sure your candles are part of the solution. 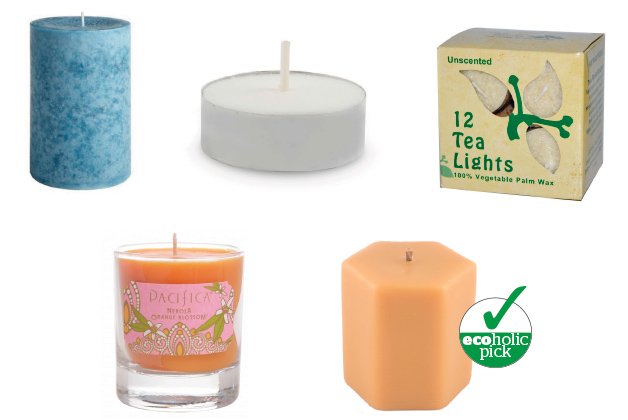 What will you be contemplating while the lights go out for Earth Hour on Saturday, March 29? While you ponder the fate of the planet (and mull over how you can help), make sure your candles are part of the solution.

Decor stores have a way of making us feel like a home isn’t a home without giant scented candles. The problem is that burning the unsaturated hydrocarbons behind that “vanilla cream” or “ocean mist” creates more harmful, lung-burrowing soot than unscented candles. The smellier the candle, the sootier it is, says the U.S. Environmental Protection Agency. You’re also, in many cases, burning endocrine-disrupting phthalates on top of the basic emissions from paraffin wax. Score: N

North Americans buy over $2 billion in candles a year. For the most part, we’re setting the mood with the fossils of dinosaurs in the form of paraffin wax (as we do when we turn to other fossil fuels by flicking on the lights or cranking up the heat). Burning those fuels essentially means we’re unlocking the buried carbon of prehistoric eras. What wafts from those candles is a lot like the stuff coming out of diesel-spewing tailpipes: carcinogenic formaldehyde, benzene and neurotoxic toluene. Kind of spoils the atmosphere, doesn’t it? Ikea candles, by the way, use a paraffin/palm-based “vegetable” wax blend. Ikea says its palm is certified sustainable. For more detailed discussion, see next item. Score: N

Palm candles burn cleaner than paraffin. However, palm plantations have a dirty reputation for clearing rainforests, carbon-sequestering peatlands and endangered species habitat in places like Indonesia and Malaysia. Vague veggie wax blends often mix palm and soy. Some brands get palm certified by the Roundtable on Sustainable Palm Oil, but the RSPO is widely criticized for failing to stand strong against deforestation. Fair trade Aloha Bay candles made with 100 per cent natural scents and aniline-free dyes score higher than basic palm wax. But one of the company’s two Malaysian palm oil suppliers has gotten flak from Greenpeace. Aloha’s new “eco palm wax” candles from South Africa are best. Score: NNN

They burn cleaner but are they green? Veggie waxes like soy don’t emit benzene or other petrol-like pollutants, according to tests done by South Carolina State University. Question is how were the soybeans grown? Most come from the U.S. or Brazil. While Brazil extended its moratorium on destroying rainforest to grow soy, deforestation rates climbed 28 per cent last year. North American soybeans are highly genetically modified and pesticide-sprayed. If you can find candles that use GMO-free North American-grown soy and also avoid synthetic fragrance oils entirely (many blend synthetic scents with essential oils), more power to you. Pacifica soy candles are GMO-free and use scent blends free of phthalates and other big baddies. Score: NNN

Who needs artificial scents when you can breathe in the natural warm honey aroma of a beeswax candle? Strict vegans may give you the stink-eye, but local beeswax candles are the most ecologically friendly option around. They cost more upfront, yes, but their slow, clean burn makes them more economical and far healthier than paraffin. Keep in mind that some companies water down, blend and bleach their beeswax, so stick to reputable beeswax brands like Pheylonian. It gets its beeswax from a beekeeper in the northern Canadian prairies surrounded by GMO-free fields. Score: NNNNN

Days before last weekend’s World Water Day, Leona Aglukkaq, minister of the environment, along with Gail Shea, minister of fisheries and oceans, issued a statement calling on Canadians to reflect on the importance of H20 and what governments can do to protect it.

“Maintaining water quality and availability is one of four key themes in our federal Sustainable Development Strategy.”

Isn’t that nice? Actually, it kind of sounded like an episode of This Hour Has 22 Minutes, considering that Environment Canada had just issued a 2014-15 report outlining millions of dollars in budget cuts to water protection. Even deeper are cuts to climate change and clean air programs from $232 million this year to a sad $55 mill in 2016-17. Nearly half the ministry’s climate change staffers will be getting pink slips.

Doesn’t bode well for Canada meeting our Copenhagen Accord commitment to reduce greenhouse gas emissions to 17 per cent below 2005 levels by 2020. Tell your MP you don’t appreciate the planetary FU. 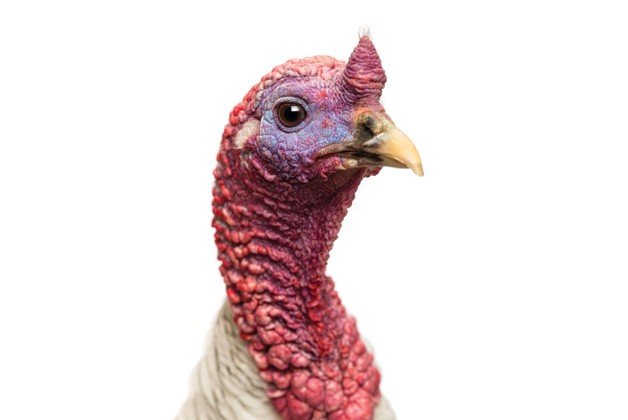 You may want to put your turkey sandwich down after seeing hidden camera footage at Canada’s largest turkey breeding facility released earlier this month by Mercy for Animals Canada.

Filmed by an MFA undercover investigator, the footage shows workers kicking, throwing and beating turkeys with shovels and metal prods.

Turkeys are bred to grow so large so quickly, many are “crippled” by their own weight, developing bone defects, hip lesions and foot or leg deformities. MFA is calling on the National Farm Animal Care Council, which establishes codes of practice for producers, to amend the turkey code to ensure that all sick or injured birds are immediately treated by a qualified veterinarian.

MFA also wants to see an end to super-size breeding practices and the installation of live-streamed cameras on farms.

The company in question, Hybrid Turkeys, has since announced that it has suspended four employees without pay and will start video monitoring and veterinary review of all turkey euthanasia. No word yet on ending super-size breeding.

GREEN FIND OF THE WEEK: 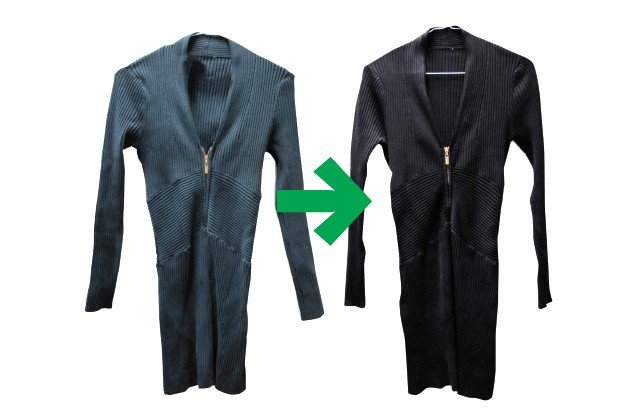 With Fashion Week in the rear-view mirror and spring in the air, you may be itching to refresh your wardrobe – without having to buy new stuff you don’t really need. Enter Dye It Black, a service that revives your clothing by, well, dyeing it black. Got black pants that have faded to a shabby grey? A stained blouse that just can’t be worn in public? These are the peeps for you. They use low-impact dyes okayed for use on certified organic textiles, all to help you breathe new life into clothes otherwise destined for the dustbin. dyeitblack.com.