NOW MagazineMusicFeaturesPRACTICE puts the thrill back into open mic nights

PRACTICE puts the thrill back into open mic nights

Players improvise onstage at the Drake – without showboating nor covers 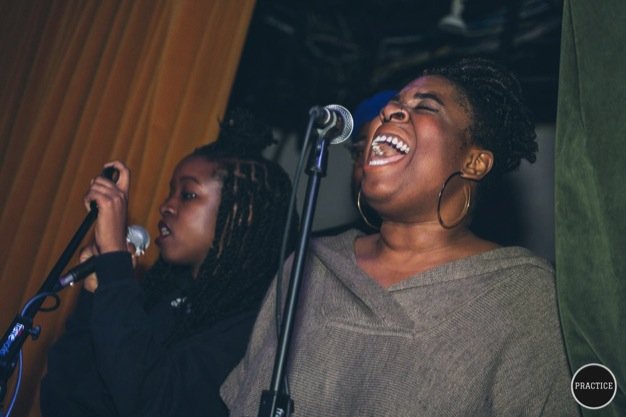 Photos by Tai B 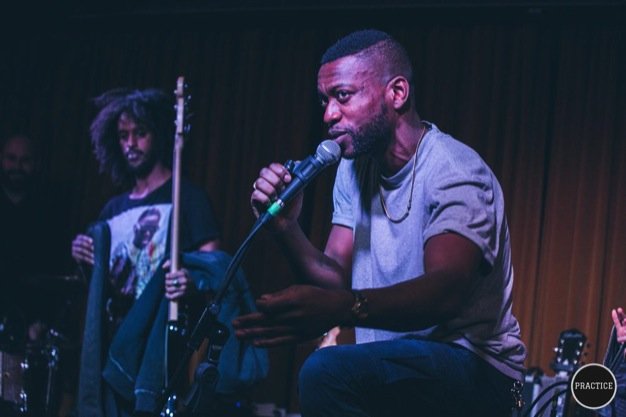 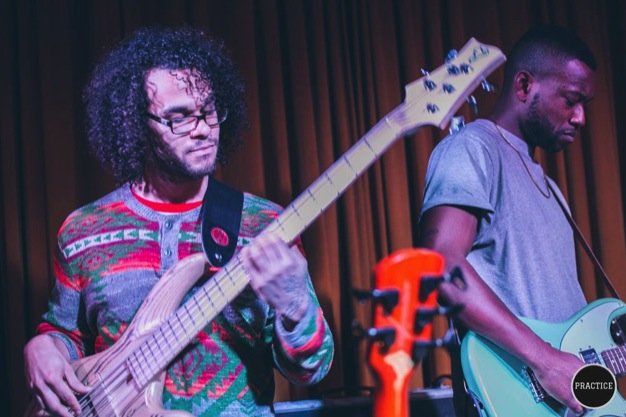 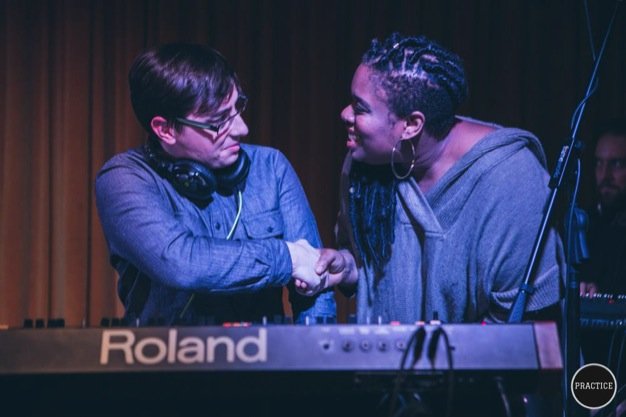 Possibly the most maligned event in the world of musical performance is the open mic night. The platform of choice for many singer/songwriters, it’s routinely dismissed as amateurish and rife with awkward moments for performers who haven’t yet built an audience.

Not so with PRACTICE, the new monthly event that’s redefining the concept. The stage is open to anyone who’s brought an instrument or wants to sing. But rather than performing solo, players are encouraged to work as an ensemble. They jam out original ideas that usually lean toward hip-hop and R&B, and occasionally a vocalist dives into the fray to send the song home.

It’s amazing to watch complete strangers connect onstage and write a song in front of a crowd. Though the music is improvised, it’s not self-indulgent: “no showboating” is one of PRACTICE’s few rules, along with “no cover songs.” And if something isn’t working or the musicians don’t connect, no big deal – once a song is over, the band gets reshuffled by new players waiting in the wings.

The event is the brainchild of Gaurav Sawhney, manager of hip-hop artist Shad. Sawhney sought to change how much of an audience’s attention is paid to a vocalist rather than the relatively underappreciated backing band.

“I wanted to create a space for musicians to meet each other, make things together and hopefully develop an audience of their own,” he explains. “As fans of music, we should know who the illest drummer in Toronto is – past, present and future.”

Along with a core team that includes Joseph W. Salusbury, Jahmal Padmore, Gavin Whelehan, Ian Koiter and Matthew Progress, who plan out logistics and assist as musicians or MCs, Sawhney has hosted PRACTICE at Burdock for eight months, routinely selling out the cozy space. (April’s event is at the larger Drake Hotel.)

So what’s behind PRACTICE’s appeal?

Jams usually happen behind closed doors, and for non-musicians they can be a mystery. PRACTICE happens in full public view. And participant/bass player Josh Cole says PRACTICE is different than other jams because it’s more audience-focused and more of a spectacle, highlighting the magic that can happen between musicians at work.

Guitarist Neil Shukla agrees. “The inclusiveness is what makes it different from other live music events. PRACTICE attracts talented musicians and an audience of people interested in hearing the music.”

Everyone is the headliner

You’re as likely to see a jaw-dropping performance at the beginning of the night as you are at the end. The democracy inherent in sharing instruments and jamming together extends to the structure of the event itself, never privileging one band or combination of musicians over another.

There’s huge vulnerability in collaborating for the first time onstage, especially if a song or jam isn’t working out. How a musician deals with and overcomes those issues is an incredible thing to watch unfold. Similarly, the event asks a lot of an audience to show up to see musicians they’ve never heard of, but the rewards greatly outweigh the risks.

Toronto concertgoers get a bad rap for being stiff, but the spontaneity and looseness of PRACTICE are infectious. The vibe on and offstage is relaxed and sometimes feels downright New Orleansian when the band finds a groove that takes hold of the entire room.

“What keeps me coming back is the sense of community,” says Shukla. “As someone in the full-time working world, it’s hard to find a regular, consistent space where both new and familiar faces gather. Everyone has a new musical perspective to bring to the table, but the commonality is the sense of creating a similar vibe.”

It’s refreshing to see a stage full of performers all over the map in terms of race, gender expression and age. Sawhney says that’s the point. “I’m hopeful that we’ll continue to highlight a diverse – gender, race, orientation – cast of musicians from Toronto and that our core team will grow and diversify as this project keeps stretching outwards.

“It’s grown into an event that people look forward to in a sincere way.”