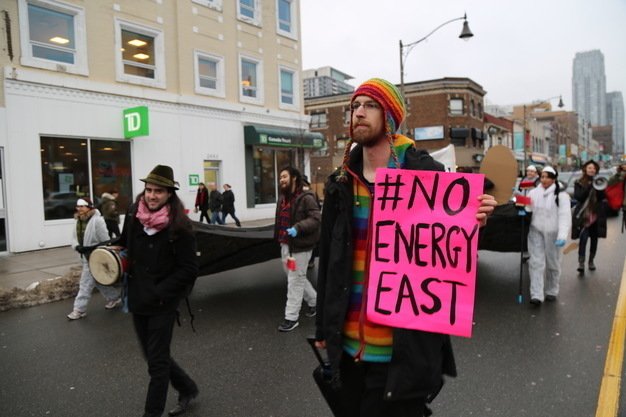 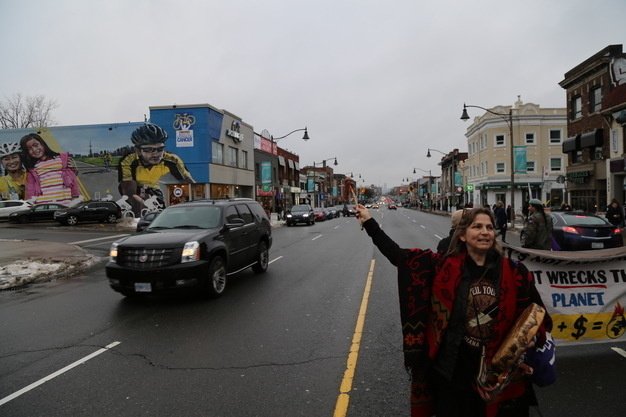 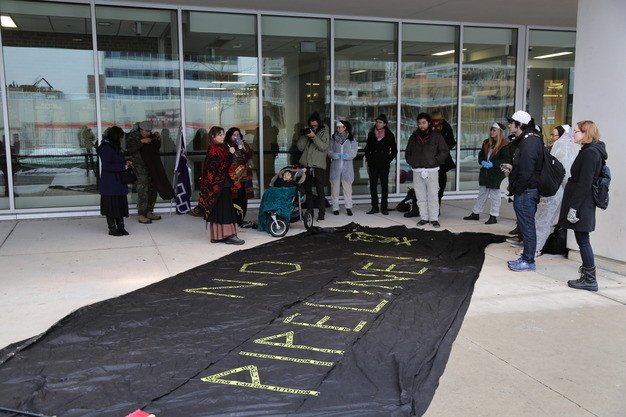 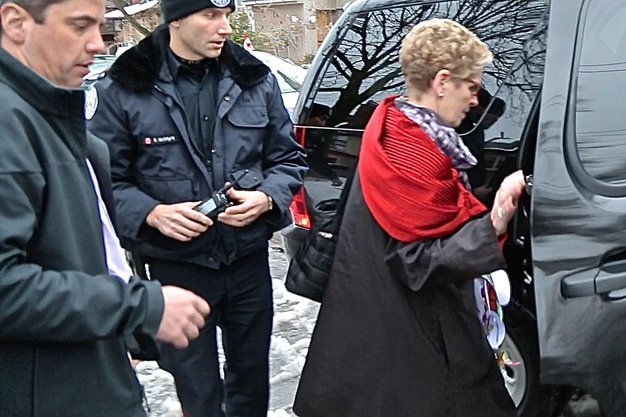 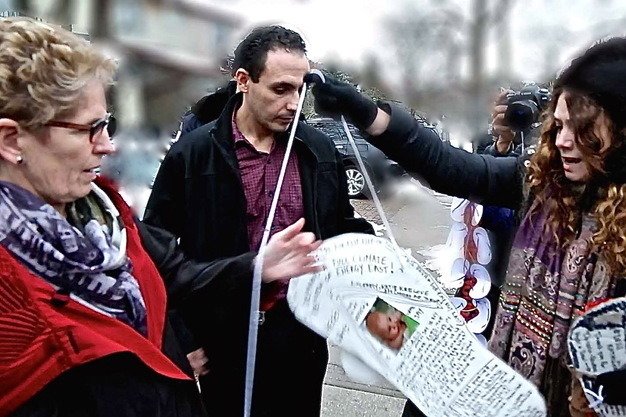 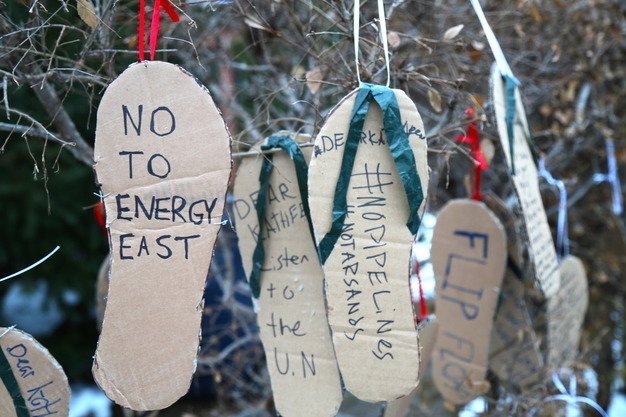 Climate activists surprised Kathleen Wynne and her wife at their North Toronto residence on Sunday (December 15) in a protest calling the Premier’s position on the proposed TransCanada Energy East pipeline a climate flip-flop.

“We brought you a delivery here in honour of your flip-flop on a full climate review of Energy East,” said Katie Krelove of Toronto 350 as she handed the Premier several sets of cardboard flip-flops with messages about climate printed on them.

“I have been extremely clear that my position on the pipeline is that we have to take all the environmental protections into account, we have set principles with Quebec,” Wynne told NOW.

While the principles set with Quebec Premier Philippe Couillard suggested the provinces would subject Energy East to a climate review after meeting with Alberta Premier Jim Prentice in early December, Wynne told the media that upstream emissions would not factor into the equation.

The upstream emissions in question refer to the greenhouse gases that will be emitted by processing tar sands to supply Energy East’s expected 1.1 million barrels of oil per day. The Council of Canadians points to estimates that claim “the export pipeline would allow for a 40 per cent expansion of tar sands that would produce at least 32 million tonnes of greenhouse gas emissions every year, the equivalent to 7 million new cars on the road.” As for the downstream impacts, 1.1 million barrels of oil per day through Energy East would lead to massive amounts of new carbon emissions into the atmosphere.

In early November, TransCanada CEO Russ Girling said “a single pipeline does not change the consumption of oil, nor does it change the production of oil. It’s just a safe means to transport it from A to B.”

TransCanada’s Energy East proposal will soon be considered in a National Energy Board review which excludes any consideration of climate impacts or upstream and downstream environmental concerns. If Ontario acquiesces to the Feds, a climate review could be limited to the pipeline’s emissions released within the province – which will be negligible or limited to the exhaust fumes from construction vehicles servicing the pipe.