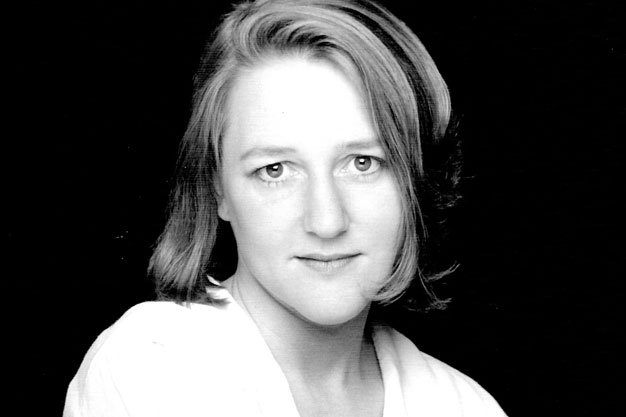 Kelli Fox has a love-hate relationship with playwright David Mamet because of how he draws his female characters.

Still, she’s signed on as director for Boston Marriage, Mamet’s only play written for an all-female cast and set in Victorian times.

The title is a period term for two women in a domestic partnership, living in circumstances that aren’t talked about. Mamet’s “women of fashion,” Anna and Claire, who we learn have been apart for a period of time, share a history that eventually becomes clear.

As the play opens, Anna has come under the financial protection of a married man who’s given her a fabulous emerald necklace, while Claire reveals that she wants to seduce a young woman in Anna’s house.

“I have to say, as a woman and a feminist, that Mamet’s plays can make me crazy,” admits Fox, a skilled director and actor. “His language is fantastic, but I don’t like how he portrays women.

“I had to read Boston Marriage three times before I was satisfied that he wasn’t mocking women, that we weren’t the butt of his jokes. I finally realized he was giving three women” (Anna’s maid is the third) “an amazing shot at his unbelievably complex dialogue and upped the ante by placing them in a Victorian context.”

Given the period, the playwright’s made their dialogue what Fox calls “florid, almost like Oscar Wilde’s. But it’s still 100 per cent Mamet, with its tension, aggression and tangential thought processes, and he’s included some anachronisms in terms of the characters’ language and behaviour.”

There’ll be an added sense of historicity at Campbell House Museum, which co-presents the show with Headstrong Collective.

“We’re in the drawing room, playing for an audience of 35, using just ambient light, the actors and Mamet’s language.

“But that doesn’t mean it won’t be theatrical. Anna and Claire, who love to be histrionic, are real-life drama queens. For Anna especially, artifice is organic to her behaviour.

“They’re still in love, but obviously it’s a strained love. I think that strain comes from Claire’s being clear about who she is as a sexual being and acting on her instincts, while Anna still has a foot in the world of patriarchal power and feels abandoned by Claire.”

Fox has been directing for a few years, but she still loves acting she’s back at the Shaw Festival this summer, performing in works by Moss Hart and Tony Kushner.

How has her acting influenced her directing?

“I’m being reminded that an actor’s instincts are what works. Writers talk about putting themselves in the mindset of their characters, and as a director I’m doing the same thing. But I can also sit outside the action and see a moment differently, like how Anna can look at the young maid she’s been verbally insulting, suddenly realize what dewy skin she has and be taken by that.”

That kind of insight has helped shape the play.

“What we’ve discovered is that Boston Marriage is about getting older and letting go of some of our notions of the future. There’s more time behind Claire and Anna than ahead of them. With a young woman witness reminding them of what’s behind them, they start to realize they have to let go of their youth. That’s not sad but rather a settling into the truth of who they are.”

The idea of something we all will face in time brings Fox back to Mamet.

“It’s as if he could only write whole, credible women when he removed men from the world. The women in Boston Marriage are motivated by survival and connection, just as the men are in his other plays. Maybe he needed a distanced, corseted drawing room context to present them, but they’re human beings, whole and beautiful.”

By coincidence, another company, Jet Girls Productions, is giving a different spin to one of Mamet’s best-known plays, Glengarry Glen Ross. Mamet wrote it for a male cast, but the upcoming production features seven women. Performances begin April 15 at the Red Sandcastle Theatre (redsandcastletheatre.com).