Preview: Botticelli in the Fire/Sunday in Sodom

BOTTICELLI IN THE FIRE/SUNDAY IN SODOM by Jordan Tannahill, directed by Matjash Mrozewski (Fire) and Estelle Shook (Sodom), with Salvatore. 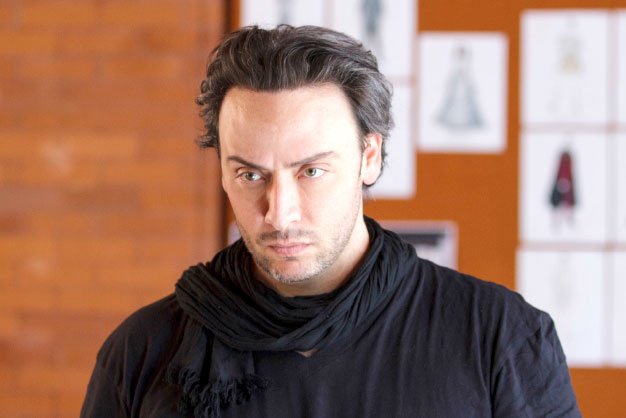 In Sunday In Sodom, one part of a new double bill, the playwright blends feminism and queerness into a familiar Bible tale and in Botticelli In The Fire, Renaissance painter Sandro Botticelli sucks the sensual sweetness from every pleasure available to him.

Despite their historic roots, both stories are filled with anachronisms: cellphones, peanut butter sandwiches and TVs all figure in the action.

“Jordan was commissioned to write a pair of one-acts, but no one knew how complexly and deeply he would go into them,” says Salvatore Antonio, who plays the Florentine painter. “The panels in his mind just seemed to keep opening further and further.”

In fact, Antonio plays two Botticellis, one telling his story to a 2016 audience and the other “who, in a suspended, maybe purgatorial place 500 years after his death, needs that audience to see and hear what he has done.

“Jordan and I are clear that this is not a play but a ceremony, a ritual, for the people who have made Botticelli a famous figure. He now needs that public to see him own his part in the destruction of his love for the young Leonardo da Vinci.”

Also figuring in the action are the painter’s patron, the jealous Lorenzo di Medici Lorenzo’s wife, Clarice Orsini, who in this telling is the inspiration for The Birth Of Venus and the passionate priest Savonarola, who was responsible for Florence’s bonfire of the vanities in 1497.

“There is no fourth wall for Botticelli here. His presentation to us is an unsparing revelation of his actions and their effects on those around him.

“For me, it’s a tale about aging,” says Antonio. “When your fame fades, what are you? You are what you do, in the end. It’s not about your reviews or your renown in the history books, but whether you’re good in your own skin.”

Sunday In Sodom places the Biblical figures of Lot, his wife (here named Edith) and his nephew, Isaac, in a contemporary Middle Eastern setting on a day when American troops (one of whom is Antonio) arrive on Lot’s doorstep. A small misstep leads to disaster.

“Leitmotifs connect both works,” says the actor, a playwright and performer who most recently appeared in Domesticated and Much Ado About Nothing. “Themes of loss and community also tie them together. I spend most of my time watching the action in Sodom, and every time I think, ‘Oh my god, this tragedy just rolls out on its own, despite the characters’ humanity.'”

Antonio and Tannahill have known each other since 2011, when they hosted talkbacks for the World Stage season. Antonio wanted to involve Tannahill and his then partner, William Ellis, in Antonio’s Hatch project, The Sheets The, and Videofag, the performance space created by Ellis and Tannahill, opened with Truth/Dare, in which Antonio played Madonna. Coming full circle, Videofag closes next month with the premiere of Antonio’s play Sheets.

Their artistic partnership continues in the Canadian Stage double bill, with the author often in the rehearsal hall and “so open to conversation and ideas.

“He doesn’t waste time defending everything he’s written, but looks at who’s playing the part and what about the actor makes that character vibrate.

“A kind of alchemy goes on during rehearsals, though the story and structure are Jordan’s. Here the playwright plus the performer equals something new. We ultimately can’t say who came up with a particular moment it’s a swirl of ownership.”