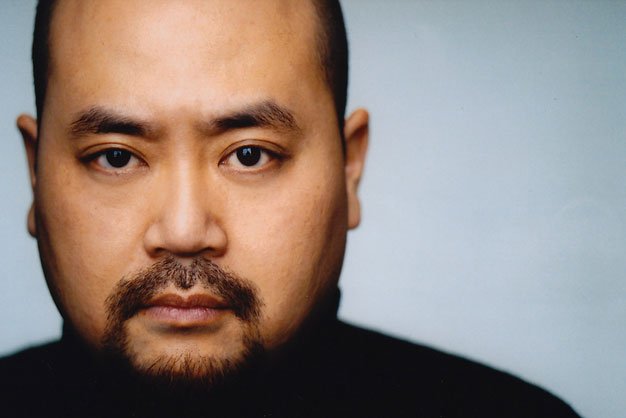 One of the most iconic images of modern photojournalism inspires Lucy Kirkwood’s exciting political thriller Chimerica: the fellow who became known as the Tank Man, standing in front of military vehicles in Tiananmen Square during the 1989 uprising.

Kirkwood creates a fictional world around that image, one that focuses on Joe (Evan Buliung), an American photojournalist, and Zhang Lin (Paul Sun-Hyung Lee), a Chinese national he befriends during the pro-democracy protest.

Their relationship lasts for decades, but in 2012 an incident reminds them of the incendiary events in Tiananmen Square and starts Joe tracking down the anonymous Tank Man.

“I’m the same age as Zhang,” smiles Lee over an Americano. “I watched the protest on TV in Calgary, seeing the Chinese government crack down on thousands of people but knowing nothing about what the protest was about.

“But even then I admired the ballsiness of the Tank Man, holding onto shopping bags, confronting an entire column of tanks – in a wide shot you see not one man and one tank, but one man and 17 tanks, as well as the burnt-out hulk of a bus – without appearing to flinch.”

Years later, when Lee workshopped Marjorie Chan’s play The Madness In The Square, he discovered the reasons for the initially peaceful protest and its ramifications for the Chinese people.

“An entire generation of Chinese people don’t know it happened the government excised it from history. There’s a young character in the play who is unaware of what happened in the square, and we see how mind-blowing it is that you can erase an event from the past.”

Lee’s as fascinated by the play’s economics and politics as he is by the thriller aspect of the search for the Tank Man.

“The title refers to two nations, China and America, joined at the hip as one symbiotic economic entity, with the dollar driving everything regardless of the consequences in terms of environmental problems or human rights violations.

“It’s a brilliant title, suggesting not only a mythical animal (the chimera, a fantastic blend of lion, goat and serpent), but also what happens when two superpowers smash together to form an entity that seems to be engulfing the world.”

Among other things, the script explores the problems expanding North American businesses face when they see China through Western eyes.

“It’s insane to try to use a Western model to exploit a Chinese market,” explains Lee. “Those companies that succeed do so because they understand Chinese culture rather than see it as a backwater that can’t wait to adopt everything from the West.”

The narrative moves back and forth in time between 1989 and 2012, allowing the audience to see Zhang in both periods Norman Yeung plays the younger man.

“It’s fascinating to watch Norman and Jasmine Chen as his wife, Liuli, play out ‘my’ story,” says Lee, who’s perhaps best known as the father in the hit production Kim’s Convenience, scheduled for development as a CBC series to run in 2017.

“But recalling that history comes at a cost for my Zhang, since he’s dredging up long-buried memories. His remembering is a way of exorcising demons he’s avoided for decades, demons that show him what he’s become by not owning responsibility for his actions.

“In fact, Liuli appears whenever the older man questions what direction he should take, whether it’s to hide or take a stand. She’s the barometer of his conscience, spiritually guiding him to make the right choice.”

Though Lee and Chen have no lines together, “you could make a movie filled with our looks back and forth. We’re moved by each other without saying a word.”