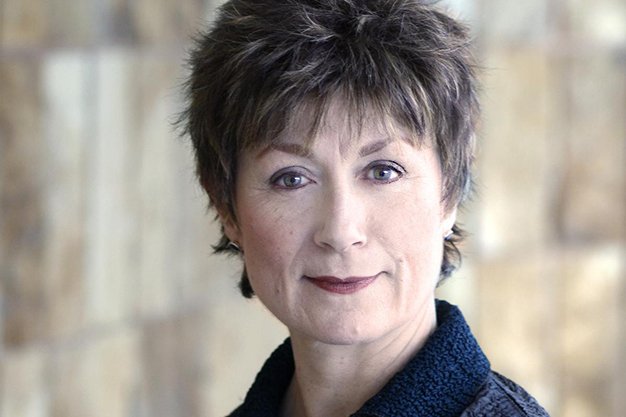 Maja Ardal and Diane DAquila share several things, including their careers as theatre artists and a friendship of 40 years.

They are also both cancer survivors.

When actor/playwright Ardal, whose previous scripts include You Fancy Yourself, The Cure For Everything and an adaptation of Prisoner Of Teheran, asked DAquila to be involved in her latest play, HER2, DAquila said yes without even reading it.

The play looks at seven women, all with an aggressive type of breast cancer, who are invited to be part of a clinical drug trial that offers the possibility of remission or possibly a cure. The physician overseeing the program cares about percentages and tumour masses, but the women, who initially share only their illness, discover a bonding based on hope, humour and determination.

DAquila plays Daphne Miller, one of the seven test cases. For Danielle Pearce, the doctor overseeing the trials, the women are sources of information rather than individuals. Pearces junior, Kate Santanam, sees them differently and explores whether the womens growing sense of community might affect their health.

Daphne is not the kind of character I usually get to play, says the powerful DAquila, an actor and director whos worked with Shakespeare in the Ruff, Soulpepper, the National Arts Centre and Stratford. Her performance as Queen Elizabeth I in Stratfords Elizabeth Rex is one of the most memorable Ive seen at the festival.

Daphnes a little bit gullible, a woman with a strong connection to her family and a huge fear thats central to who she is. Her major worry, as is the case for the other six women, is being discontinued, cut from the trials because shes not providing results that are useful to the drug company.

Ive been through trials myself, and Majas captured the feeling perfectly.

DAquila also understands the importance of community when undergoing the stress of treatment.

That sense of bonding is something doctors should know about. If you bring ill people together, their sharing stories and encouraging each other helps the illness and increases the possibility that treatment will work. Who wouldnt want to be a happy, calm, supported patient rather than someone living in fear and anxiety?

One of the best ways to deal with the situation, I learned, is humour. It may be a perverse humour, but when there seems to be no optimism, cracking a joke is the best way to keep going. I remember that my jokes appalled my kids at first, but after a while we all got into it. Thats how you get through the dark night of the soul.

Hope is central to getting better, admits DAquila.

The hardest thing to do when you have cancer is to stay in the moment and not get ahead of yourself. If you have a test and wont find out the results for two weeks, your mind can wander into the worst-case scenario instead of sitting with the idea that no news is good news.

Still, the human condition makes us believe that good things happen, that we will survive and continue. In addition to all the science that will help make you better, you also need a hopeful heart.

Its no surprise that the cast of 10 and the creative team, all women, have bonded in a similar fashion to the plays characters.

I cant think of many theatrical opportunities other than Michel Tremblays Les Belles Soeurs where you can bring together so many women from different generations. This is one of those times, and the result has been illuminating, invigorating and fun.

We added up all our time onstage, she laughs, and realized that the group has 380 years of theatrical experience.