NOW MagazineCultureStagePreview: My One Demand

Preview: My One Demand

Stand-up Faisal Butt takes to the streets in interactive movie 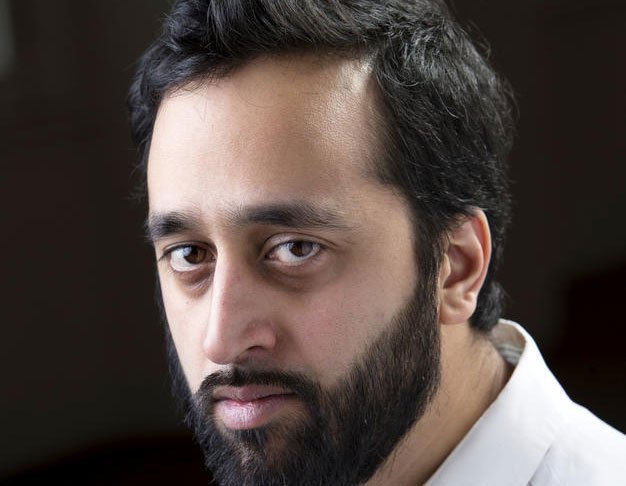 Faisal Butt's story about an ex

We all agree it’s annoying when people whip out their phones to text at the theatre, right? Well, at My One Demand, you’re actually encouraged to use your phone. And in a twist on the choose-your-own-adventure idea, what you text might just affect what happens onscreen.

My One Demand is a live and interactive film experience by the UK company Blast Theory that follows several local performers walking and interacting in real time on the streets of Toronto. Each actor can respond to last-minute changes requested by online watchers. In one extended, uninterrupted shot, the audience sees a story about unrequited love play out over 90 minutes.

“Think of Birdman, or that great restaurant scene in GoodFellas,” says Faisal Butt, who’s one of the seven actors.

“The director will be in a control room somewhere, filtering out things,” he explains. “My concern was that some people would be texting stupid stuff about, say, my beard. Earlier on, as an exercise, we went through some possible questions people might ask about my character. My story in the film is pretty heavy, so people might be asking things like, ‘Is he telling the truth?'”

Before the overall narrative was completed, the actors took part in long interviews about their own relationship histories, particularly disastrous experiences. Butt’s story about an ex-girlfriend, the police and a weekend stay in jail made it into the piece.

“I was acquitted – it was this horrible misunderstanding,” says Butt.

A narrator played by Maggie Huculak will be tying together the various strands.

Filming live, however, presents challenges. The streets of Toronto are full of surprises, after all.

“They’re encouraging us to play off anything that happens,” says Butt. “We did a test run walking through a park, and some drunks were trying to get in on the action. We might also bump into people we know, which should also be fine – I’m essentially playing Faisal Butt.”

Raised in Montreal and now living in Toronto, Butt is used to improvising. He’s a talented stand-up who won last year’s SiriusXM’s Top Comic competition, which ensured him a spot on this year’s Just For Laughs lineup and JFL42 in Toronto in the fall.

He’s currently polishing that act, which will likely include a bit or two about how his life has changed as a first-time father with a four-month-old daughter. And as one of the country’s few experienced comics of Muslim background – Ali Hassan is another – he’s got a unique perspective.

“Most of my act aims to subvert what people assume and expect when they see a brown guy with a beard,” he says. One of the highlights of his career so far has been opening for his idol Russell Peters, whose example convinced him to try stand-up over a decade ago.

“As part of the Sirius competition we got to open for Russell Peters in Kingston. My mom and dad were in the VIP area in this big arena, and our extended family got to meet Russell and take pictures with him afterwards.

“Someone might tell my mom about their son going to Harvard, and now she can now counter with, ‘Yeah, but did he open for Russell Peters?”

Faisal Butt on how audiences and bookers sometimes relate to his ethnic background:

On seeing Russell Peters perform years ago in Montreal and being inspired to pursue stand-up: