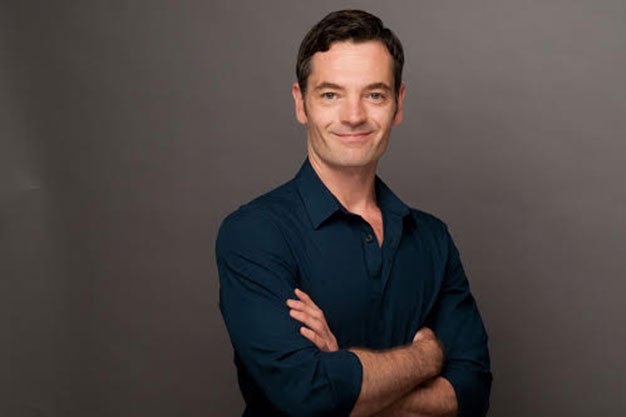 Playwright Ned Dickens has always recognized the power in the myths of Greece and Rome. In works like Horse, Icara and the epic City Of Wine, he gives a contemporary spin to millennia-old stories of gods, heroes and common people.

Now Theatreworks, which produced his version of Creon in 2007, has commissioned a play that Dickens named Paulo And Daphne. The show is inspired by Ovids Metamorphoses, which deals with tales of creation and transformation.

In the mythic version, the god Apollo chases the nymph Daphne, he desperately in love and she equally anxious to escape him. She is saved by being turned into a laurel tree, which the god declares he will care for its leaves will adorn the heads of leaders and champions.

Dickenss characters are Paulo, a Toronto immigration lawyer, and Daphne, his assistant. The story carries over the sexual and emotional drivers from the original: Paulo wants her, Daphne feels she cant love anyone.

Theyve known each other since university, explains Theatreworks artistic director Adrian Proszowski, when she cared for him after an accident on the archery range. Hes helped her, too, with issues of childhood abuse. But as a result of her history, Daphne has closed off and feels she cant be physically close to another.

Paulo, on the other hand, has a magnetic sexuality and easily connects with women. He runs an immigration consulting agency but is floundering in the business as the play starts. Caught in a cycle of womanizing and partying, he needs to escape his history.

Enter Illyria, an attractive, mysterious woman who wants the companys help to settle in Canada. An illegal refugee, shes slow to reveal her past to Daphne and Paulo but quickly becomes entangled in their lives and relationship.

Proszowski, an actor as well as a director, was drawn to Dickenss writing when he performed in Creon.

I love his use of language, the way he combines verse with a contemporary style, how he retells ancient stories. His imagistic writing is big and bold, as are his themes and ideas. Theres a visceral quality to Neds work thats really appealing to me.

He talked with Dickens about a creating a show for Theatreworks, which is coming up to its 25th anniversary, suggesting as a subject the idea of being an immigrant to Canada.

Both my parents were immigrants, and my father tells stories about how he found his way to being Canadian while still being Polish at home. I was attracted to that clash of two societies: that someone would be immersed in the new while still being part of the old.

I wanted to look at a new immigrant struggling with two sets of values, someone who fell down a rabbit hole into the world of Ovid and through those stories came to a new way of dealing with who they were and also with their new home.

The director clearly appreciates the playwrights draw to mythic sources.

Myths, passed down from generation to generation, came out of a need, often a way of understanding the world or relationships between people. I think Ovids Metamorphoses are some of the earliest morality stories, and we can still connect with what they teach.

Theres a human connection to myth, and thats why we keep retelling and reinterpreting them for our own purposes.

Proszowski doesnt look just to Dickens for mythic stories that Theatreworks can produce. A few years ago the company collaborated with Small Wooden Shoe on Antigone Dead People, and its next production will be Iphigenia Redux, a collaboration between playwright Nicolas Billon and director Alan Dilworth that blends works by Euripides and Aeschylus.

But first, a modern Apollo chases his Daphne and, in the process, both learn some ancient truths.