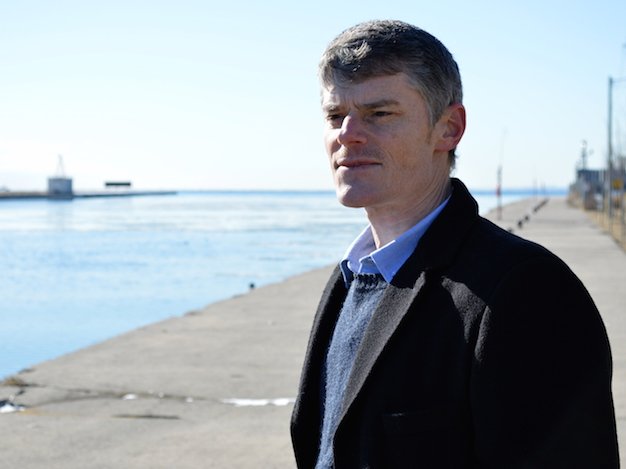 Actor David Macketts been drawn to the work of Irish playwright Conor McPherson for years, ever since he appeared in a production of The Weir.

McPherson captures the inner emotional life of men like no other playwright, says the performer. His characters are forced to speak about their emotions, something that most men are trained not to do.

Mackett gets another chance to explore McPhersons male characters in Port Authority, which he and director Rod Ceballos, co-artistic producers of Fly On The Wall Theatre, present at Campbell House Museum, which has become a busy site-specific venue.

The play is a series of interwoven monologues spoken by young Kevin (Anthony MacMahon), middle-aged Dermot (Mackett) and older Joe (Patrick Monaghan), all dealing with special women in their lives.

I can relate to them all, admits Mackett. Kevin has feelings for his good friend, Clare, but hasnt the courage to take the next step, while Dermot remembers standing shyly by the wall at a school dance, completely scared to take the plunge and ask a girl to join him on the floor. Joe meets a woman who might be his soulmate but cant pursue her because hes married and a good Catholic.

While all three performers are onstage together, they never acknowledge each other, a tactic similar to one that McPherson uses in another play, This Lime Tree Bower. The playwright has a partiality to monologues, having written solo shows that include The Good Thief, Rum And Vodka and St. Nicholas.

Its no surprise that an actor can be intimidated by the challenge of a one-man show, a fact to which Mackett can relate.

I did The Good Thief in the Fringe, my first solo show, and I doubted whether I could pull it off, both from the practical point of memorizing all those lines and also having to face an actors key fear, drying in front of an audience. In a solo show, theres no one who can help rescue you.

I realized at one point in rehearsal that if I took the 60 minutes of text as a whole, it was the equivalent of looking at the top of the mountain and thinking that I could never get there. I solved my problem by focusing on one step at a time, and before I knew it I was almost at the peak, and then I was going down the other side, having reached my goal.

Here the trick is to maintain focus, since we each have a break while the other two relate their stories. When its your turn, you have to come in on top, with high energy. It helps, I think, to listen to the other actors when youre offstage and feed off what theyre doing.

He appreciates performing in a small Campbell House room, a space that gives an intimate feel to the confidential nature of the storytelling.

Rod, whos directing, has encouraged us to make eye contact with audience members. The room itself has the feel of a pub with a fireplace, and theres not the formality of a proscenium stage setting, where viewers are completely in the dark and only the actors are lit.

The venue is the perfect fit for our company, which aims to do small productions in an informal, comfortable setting.