Chasing German tales in The Forest

THE FOREST by the Red One Theatre Collective, directed by Daniel Briere, with Kaden Boland-Trowbridge, John Fleming, Christopher Darroch, Gabriel. 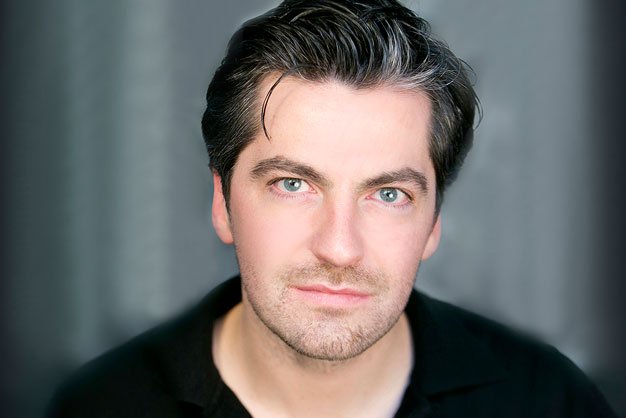 What do children – and adults, for that matter – learn from cautionary tales? And can those tales entertain, too?

That’s the focus of The Forest, the latest creation of Red One Theatre Collective, the Storefront Theatre’s resident company.

“We’ve written some of our own and formatted the production based on the card game Exploding Kittens, a kind of Russian roulette in which the player who draws a kitten is thrown out of the game,” says Briere.

A young boy wandering in the woods knocks over a house of cards and is confronted by the Aufseher (Overseer), who tells him he must rebuild the house using 12 cards. He has to try, though, to avoid the black card, for if it’s drawn the child forfeits his life and becomes part of the house himself.

“There are 15 cards in all, most given by the boy to audience members when the house collapses, and a random factor affects which cards are selected and which stories told.

“There’s some unpredictability in each show. At least three tales are fixed and will be told every night, but once the black card is pulled, the performance will conclude.”

Briere wrote several of the tales as well as an introduction and alternate endings, while six other collective members composed the rest. That creation style follows Red One’s first such effort, The Chasse Galerie, in which Briere took part.

“The talent pool I drew on is versatile,” he says. “The show includes dance, puppetry, singing and clown, a cornucopia of narratives that the cast has to be able to pick up at the drop of a hat. Among the pieces are a tale about suicide, another about the danger of shooting a cactus and a third about a liar who’s burned to death.”

You might know some of the adapted Hoffmann stories from the musical Shockheaded Peter, written by the Tiger Lillies, which played Toronto years ago.

Here, the tales are influenced as much by visual art as by a narrative: Matt Ward has created an image for each, to be displayed in the lobby and available for sale.

Each segment is a different take on the cautionary tale form, which Briere (who’s appeared at Stratford as well as in Storefront productions of Les Liaisons Dangereuses and Shrew) says became popular toward the end of the Industrial Revolution.

“When legislation started keeping children out of the work force, youngsters weren’t learning street smarts any longer. There were lessons to be learned about safety, morality and good behaviour these tales became a vehicle for education.”

Still, while each has a lesson and often a tragic ending, “we were careful in the writing process not to turn the overall frame into a cautionary tale. The idea of chance and audience involvement takes away our preaching, since the order is chosen every night and we all, audience and actors, get to see what happens when we rub one piece up against another.”

And while the tales may be dark, they also have a modern sense of comic irony.

“We attack the material with a lightness and theatricality that allows for comedy. If nothing else, it suggests that we have to laugh in the face of fear. Fear may be a vital tool for our safety and moral rightness, but it can’t be crippling.”