THE UNPLUGGING by Yvette Nolan, directed by Nina Lee Aquino, with Umed Amin, Diana Belshaw and Allegra Fulton. Presented by. 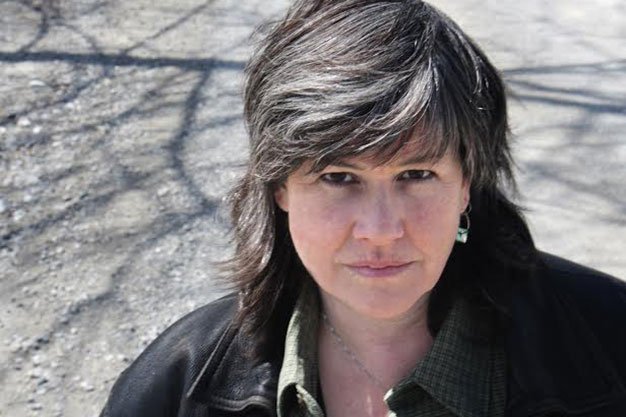 In the post-apocalyptic setting Yvette Nolan imagines in The Unplugging, two aging native women wander through the wilderness trying to stay alive.

Its not only the electricity around the world thats come to an end hence the plays title but also, potentially, the lives of Bernadette and Elena. Slowly, they discover that together they have the smarts to keep going.

One of my inspirations was a book by Athabascan writer Velma Wallis called Two Old Women, recalls Nolan, former head of Native Earth Performing Arts, which presents the plays Toronto premiere along with Factory Theatre. Its a pre-contact story about the title characters, banished from their community in time of need. In order to survive, they must remember their traditional teachings.

Because of my engagement with the world, I moved the action to the 21st century and made the motivating factor the loss of electricity.

Nolan was also influenced by the death of her mother and the fact that she herself is a woman of a certain age, addressed as maam if Im recognized at all. People like Bern and Elena still have value as women, even if theyre not able to bear children their community casts them out for being old and useless.

Bern is an autodidact with poetry inside herself, but shes also a little disconnected from where she comes from. Elena, a decade older, is initially bitter and grouchy, but shes learned so much at her grandmothers knee years before that she has the skills to survive in this world.

Things change when the two meet a young man, Seamus, who wants to be part of their lives.

Having three rather than two changes the relationship from a couple to a society, says the playwright, artistic associate at Signal Theatre. I felt it necessary to insert a third character who was a man, because gender tension is one of the big issues were dealing with today.

I also wanted to look at the idea of sexuality for Bern and Elena, because while young women are sexualized, older women are viewed as asexual. Inserting a sexy young man into the mix gave me all sorts of dramatic potential.

Despite its title and the communitys discarding of the two women, Nolan sees the focus of the play to be on reconnecting to everything, including our roots and the land. In A Fair Country, John Ralston Saul argues that Canadas roots as an aboriginal culture are based on community and fair dealing, concepts that were kept in the first periods of European immigration but lost in later waves.

Those ideas inform the play and seem to me what makes us so different from Americans. The ideas of community over the individual, equality between men and women, valuing those who were here first and what they know about this land: these things may save us in the end.

Nolan is delighted that the play is being staged at Factory and helmed by the companys artistic director, Nina Lee Aquino.

Its a homecoming in lots of ways, because Nina and I have been so involved in each others lives for so long. She was the marketing queen at Native Earth when I was there and ran fu-GEN from the side of her desk. Then she moved on to Cahoots and now heads Factory.

Well keep working with each other in different shapes and forms for years to come. Thats an indigenous process, collaborating as colleagues rather than as boss and worker, and its gratifying for both of us.