NOW MagazineCultureTheatrePreview: Ultrasound provides an image of theatre that speaks to deaf and hearing audiences

Preview: Ultrasound provides an image of theatre that speaks to deaf and hearing audiences 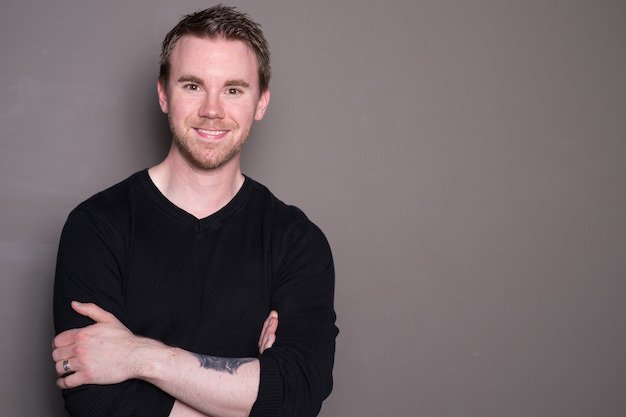 Cahoots Theatres Marjorie Chan and playwright Adam Pottle are working to integrate deaf culture into Canadian theatre, both in terms of artists and audiences.

The two met at a conference in 2013, when Pottle handed Chan the script for Ultrasound, in which a deaf couple, Alphonse and Miranda, argue over whether or not to have a baby and what the results will be for themselves and their child.

It began as a long poem, recalls Pottle, a poet and novelist, one in which I intended to have various styles Shakespeare, American Sign Language (ASL) and regular prose speech play off each other. But what emerged, rather than different stylistic voices, was two people, and the poem became my first play.

The idea emerged from two of Pottles related concerns.

Born with hearing loss in both ears, Ive had to balance between two worlds, the hearing and the deaf, and know that I dont quite fit into either. The tension that created provoked me to write this story.

Just as important is the way that eugenics has become part of our contemporary discourse, the concept of using genetic screening to pick and choose the qualities that our children will have. Parents who do this kind of testing have to decide if they want to keep an infant with Down syndrome, Huntingtons disease or deafness.

Ive taken that idea of weeding out whats considered undesirable and turned it on its head: Alphonse doesnt want a normal hearing child.

Chan, who directs this premiere with deaf actors Chris Dodd and Elizabeth Morris, was drawn to the play because its about a young couple who didnt have the right conversations before marriage. Framing the story is the fact that they are deaf Miranda, who has a cochlear implant and for whom English is a first language, speaks and also signs in a limited fashion, while Alphonse uses only ASL to communicate. But those differences dont take away whats central to the tale: their relationship, how they live with each other and the choices they make.

Miranda, who has just turned 29 and wants a baby, is also an aspiring actor, auditioning for a role in Shakespeares The Tempest.

Shes concerned shell never get another job because of her increasing loss of hearing, says Pottle. Miranda is caught in a conflict many women face: the choice between a career or a family, or seeing whether she can handle both.

Pottle, whos loved heavy metal for years, has also made her a metalhead, which he sees as a useful device in the play, since metal is seen as being outside mainstream music, just as deafness and other disabilities are thought of as outside the norm.

Alphonse loves Miranda but has a history that makes him want a deaf child. He feels its his contribution to deaf culture, a way of not giving in to the hearing world but rather telling it, fuck you.

Because Ultrasound, a co-production with Theatre Passe Muraille, integrates three languages spoken English, ASL and surtitles that translate the ASL the rehearsal process has been unlike anything else Chan has experienced, in part because both hearing and deaf audiences will see the finished production.

We did a workshop a year ago, trying to figure out what kind of titling to use, how to add a visual layer, figuring out whether the staging was working for a deaf aesthetic. We integrated noise-cancelling headphones into the process, so we could watch a scene without sound and observe how that changed things.

I liken the show to watching an opera in a language you dont speak, adds the director, whos written a number of opera libretti. In opera you rely on the music to contribute to the emotionality of the tale here we do that with visual elements.

In its development, Ultrasound has drawn on consultants from the deaf community and will continue to use signers throughout the run. There are two ASL-signed performances, and ASL signers will be part of the box office team.

The process of creating Ultrasound has inspired Cahoots Theatre, which includes the idea of diversity in its mandate, to create what Chan calls the Deaf Artists and Theatres Toolkit (DATT), a document of resources for other companies to engage with deaf artists and audiences. Cahoots will launch it online in August as a multimedia site free to all theatres.

From now on, Cahoots will have at least one signed show for every production we do. Its the right thing, both as a company and in terms of responsibility.

Pottle, whos never been aware of a signed production in his hometown of Saskatoon, sees Ultrasound as a step toward making Canadian theatre more accessible to everyone.

I dont need more proof for that need than in the massive undertaking of getting Ultrasound up. We learned something new and have been breaking ground each step of the way. But that shouldnt be the case ASL has been around since the 1800s, and its only now that people are realizing its artistic potential.

Despite the growth that still has to happen in terms of accessibility, the first-time playwright couldnt conceal his excitement when he arrived in Toronto and walked into Theatre Passe Muraille.

As a poet and novelist, I only see my ideas on the page and in my head. Here it was a revelation to have it all come together in a totally different way. I felt someone had reached into my mind and thrown all those thoughts onto the stage.