NOW MagazineCultureTheatrePreview: You Will Remember Me

Preview: You Will Remember Me

YOU WILL REMEMBER ME by Francois Archambault, translated by Bobby Theodore, directed by Joel Greenberg, with R.H. Thomson, Nancy Palk,. 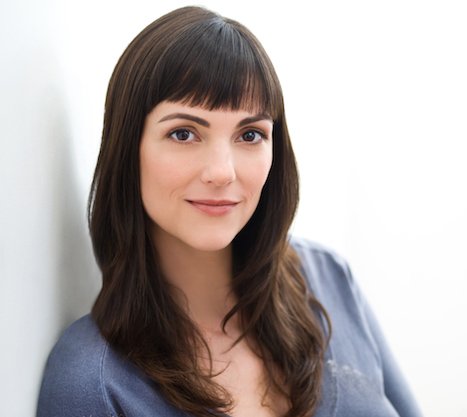 Memory is both a soothing comfort and a sharp pain in Francois Archambaults You Will Remember Me, in which a powerful Quebec paterfamilias, along with the others close to him, deal with early onset Alzheimers.

A respected professor and sovereigntist, Edouard despairs of a world that defines itself by the Internet and sound bites. Supported by but sometimes at odds with his wife, Madeleine and daughter, Isabelle, he discovers unexpected aspects of himself through an extended family that includes Isabelles new partner, Patrick, and Patricks iconoclastic daughter, Berenice.

This is a family dealing not only with Edouards dementia but also a history of communication problems, says Kimwun Perehinec, who plays Isabelle.

Isabelle, for instance, finds it hard to be open, share or ask for anything, because theres so much thats not been said or discussed for years. With her fathers advancing illness, she has divided loyalties. Shed like to sympathize with what her mothers going through, since theres always been friction with her father, but Edouards vulnerability and need provide a different perspective on their relationship.

The time that father and daughter are able to spend together becomes a gift, but its a tricky gift.

Adding to Isabelles stress is her new relationship with Patrick and dealing with his daughter, to whom shes not close.

Surprisingly, its Edouard and Berenice who, after some prickly exchanges, build a line of communication.

I think its because Berenice has no history with him, no patterns or baggage they can start fresh and meet on their own terms without historic wounds or scabs to pick. Berenice doesnt hear Edouards words in the defensive, self-protective way that Isabelle would.

Perehinec is a co-founder of Studio 180, which partners with the Tarragon Theatre for the Toronto premiere of Archambaults play, translated by Bobby Theodore.

Both companies were attracted to a script thats so relevant and touches so many people. The statistics on dementia is staggering at some point, most of us will have to deal with it or care for someone who is. The play allows for a dialogue that lets us look at its challenges and implications.

Studio 180 frequently does pre- and post-show workshops with student groups, sessions that deal with the issues raised. For You Will Remember Me, theyre looking at the importance of history and roots and how much young peoples identities are linked to social media.

That latter point ties to Edouards views of the current state of intellectual discourse and modern journalism, says the actor, who has appeared in Studio 180’s Clybourne Park, Our Class and The Laramie Project. Unhappy with the erosion of his value system, he disdains the philosophy I like, I love, I tweet, I retweet.

The ideas in Archambaults script are stimulating, thinks Perehinec, because the rich writing operates on so many levels. Not only are the exchanges between characters true, human and honest, but the play also offers a perspective on Quebec and three generations of Quebecois, all of whom see the world differently.