QuAIA pulls out of the Pride Parade. It's the City's move now. 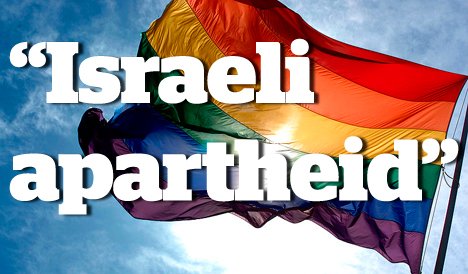 The debate about the inclusion of the term Israeli Aparthied in Pride is no longer a debate, but a game of chess.

Queers Against Israeli Apartheid (QuAIA), the subjects of the controversy, made a move to voluntarily remove itself from the parade in order to avoid City Hall withdrawing its funding over its inclusion. Now it’s Mayor Rob Ford’s turn.

A report this week from City Manager Joe Pennachetti says Israeli Apartheid is neither discriminatory nor hateful.

But that didn’t stop City Councillor George Mammoliti from asking his colleagues to withdraw both Pride 2011’s cultural and services funding at an executive committee meeting next week. QuAIA staying out of the parade throws Mammoliti’s reasoning for defunding the event out the window. The only reason to defund Pride would be homophobia on council pure and simple.

When this issue ripped through the queer and Jewish communities, Pride did its due diligence in seeking a decision from the city as to whether the use of the term Apartheid violated the city’s anti-discrimination. Finally, the city has rendered its decision. The answer is no.

So it’s time for council to back off and let Pride handle its celebrations – and its politics.

“Last year’s struggle was around censorship and our right to march in our community’s Pride parade,” says QuAIA spokesperson Tim McCaskell. “With the City report settling that debate, now is the time for us to move beyond the parade to build our community’s response to Israeli apartheid.”

So instead of marching in the parade proper, QuAIA says it will participate in Pride in other ways, namely “hosting a community event to raise awareness of Israeli apartheid, and how LGBTQ communities can pressure the Israeli government to comply with international law through the campaign for boycotts, divestments and sanctions.”

This back-and-forth was made possible by Mammoliti, who wouldn’t wait for Pride to hear from the organization’s Community Advisory Council (CAP), headed by Doug Elliot. It’s mandated to deal with Pride-related disputes just like this one. Given QuAIA’s withdrawal, it’s unlikely any kind of complaint will be heard.

In the meantime, mainstream Jewish organizations have, predictably, despaired over the City Manager’s report, expressing sharp disagreement over the decision. The more extreme Jewish Defence League scheduled a demonstration outside Pride headquarters.

Credit The Canadian Jewish Congress’s Bernie Farber for taking the JDL to task for suggesting links between gays and Nazism: the JDL Facebook page says many high-ranking Nazis were gay. “It’s stupid for the JDL to suggest any connection between gays and Nazis,” he tells NOW. “I’ve been consistent in saying it’s inappropriate for any group left or right to use Nazi analogies.

At the same time, Farber believes the term apartheid is hateful. He says says the City Manager’s report gets the discrimination issue all wrong, basically because of its criteria. “The City Manager reached his conclusions based on very narrow criteria – whether an organization is denying goods and services for example.”

So why isn’t CJC taking their hate case to police or the Human Rights Commission? My suspicions are that official Jewry don’t want to have that debate on the public record and are afraid that they’d lose the legal fight.

But Farber says he’s not ready for that legal battle.

“If anyone makes a claim to the Human Rights Commission, it should be Kulanu (the Queer Jewish organization).”

With Pride’s dispute process in place, Mammoliti should’ve never stuck his nose in the situation in the first place.

Besides, why is he targetting all of Pride because of the presence of one organization some people don’t like? Pride is much bigger than QuAIA. The festival is an economic gold mine, generating over $91 million for the city of Toronto from the parade alone.

With the city report clarifying that they have no legal reason to bar QuAIA, and now the organization leaving the parade on their own accord, Mammoliti and his right wing councillor cohorts need get out of the LGBT community’s face.

Or are they just too homophobic to do that?

We’ll find out when City Hall makes its next play.