ANDROMACHE by Jean Racine, adapted by. 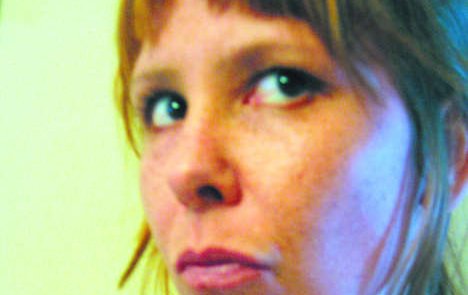 Canadian poet Evie Christie’s had a baptism of fire working on her first theatre piece, an adaptation of Jean Racine’s Andromache.

Christie collaborated with National Theatre of Scotland director Graham McLaren on the play set at the end of the Trojan War. In this Necessary Angel version, the time is now, and the setting is an unnamed fallen city drawn from today’s headlines the warfare involves grenades, water-boarding and suicide bombers.

“That sense of violence is in much of my poetry,” admits Christie. “What attracted me to the project was that theme of hostility, as well as the different ideas of love expressed by the characters.”

The narrative is a kind of emotional daisy chain. Greek prince Orestes is in love with the princess Hermione, who in turn is drawn to Greek warrior Pyrrhus, who loves the captive Trojan Andromache, wife of the dead Hector. She, in turn, is bent on preventing the Greek forces from killing her son.

“I see the tragedy in the fact that all of them are lost and hopeless, not only in their emotions but also because they’re caught in a cycle of violence that extends to their past and their future.

“It’s a dark reality that we live with today, which is why we’ve made the action contemporary,” continues Christie, author of the poetry collection Gutted and the novel The Bourgeois Empire. “The setting is a Middle East war zone, and we’ve been careful to do justice to that setting without exploiting it and still acknowledge the violence experienced by people in that situation.”

McLaren made an impression on Toronto audiences with his version of Hamlet, another Necessary Angel production that edited the text and gave the Elsinore setting a less than inviting appeal.

“I liked it,” says Christie. “It was as dark, violent and exciting as the play should be.”

Still, she was initially intimidated to tackle her first dramatic work.

“We worked with an English version from the start, with Graham suggesting that I look at the works of playwright Sarah Kane and poet Ted Hughes for stylistic inspiration. We kept paring down the text, resulting in a shorter, more brutal story than the original.”

Christie was surprised by the collaboration in the rehearsal room.

“Arsinée Khanjian, who plays Andromache, told me that a sense of equality and sharing is rare in many productions. Here, everyone’s allowed to ask questions, to travel the most experimental paths. I learned as much from the actors as I did from Graham, who’s still guiding the production in his own fashion.

“What emerged over the course of rehearsals was that love in this play is like heroin addiction – an obsession that can’t be satiated.”