It's not really what hunter-gatherers ate, but it has merit 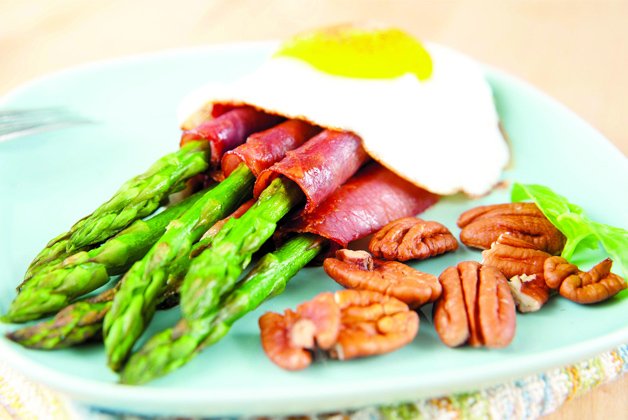 My husband recently started following the paleo diet purportedly based on the foods our early ancestors ate. He eats no grains or legumes and almost no dairy.

According to my understanding, it’s high-protein, often high-fat, low-carb and low-glycemic-index. Mainly, the idea is to eat no processed foods and only natural ones. He has lost a ton of weight and has never felt better.

At first I was resistant (who wants to cut croissants?), but I recently decided to join him most of the way. We’ll see if I lose that last 10 pounds of baby weight.

Proponents claim you’ll not only lose weight but eliminate all sorts of inflammatory conditions. Detractors, however, have said it’s limiting and prohibits foods that are perfectly healthy.

Archaeologists say it doesn’t really resemble an actual Paleolithic diet. But that doesn’t mean the (pseudo-) “paleo” people aren’t onto something wonderful.

“Most of these ‘paleo foods’ didn’t even exist in the Paleolithic. The period actually covers a really long time, 2 million years, with many ice ages and changes in climate. Our entire genus really evolved during this period of climactic fluctuation, especially the last 900,000 years. During that period, humans colonized multiple continents and ate different things based on local food availability. The only constant during this period was change. We probably survived due to our tremendous dietary flexibility and ability to exploit food resources in our area.

One thing the paleo diet gets right is that we consume far too many artificial and processed foods. But it tends to demonize a lot of domesticated foods that are also good for you. Plenty of excellent foods were developed in the Neolithic, the Iron Age, the Bronze Age and in the 19th century.”

“The current paleo diet is a regimen of natural foods, as close to nature as possible. It cuts out foods introduced after humans were hunter-gatherers. Farmers domesticated grains, legumes and dairy animals. North American aboriginals collected wild rice, but it took a day to get a little pile of rice in the bottom of a canoe. It’s very labour-intensive. Grains are okay in small amounts, but in excess are problematic.

Some versions of the diet permit dairy products – fine provided they’re organic. Legumes are very starchy. If the plan stops people from eating a grain-heavy diet and refined and processed foods, there’s nothing to lose.

You’re allowed fish, eggs – we’ve eaten whole eggs, not just the white, since we walked this earth – nuts and seeds, vegetables, fruit. Meat should be natural, either game or grass-fed. Cows are supposed to eat grass, not corn. On the paleo diet you’re allowed the oils of the good nuts and seeds: olive, walnut, flaxseed, avocado, coconut, which is a saturated fat and has many health benefits. Your diet should be as near to nature as possible, and veggie-centric.”

“Paleo eating can be characterized as a low-inflammation diet. Since inflammation is at the root of virtually all Western degenerative disease, those on the diet tend to see improvements for a wide range of issues, from autoimmunity to insulin resistance.

If you have historically eaten a diet of refined foods, you may feel pretty rough for a few days when eating paleo or just eating better. This is because you’re insulin-resistant and inflamed. It’s a misconception to say that paleo is specifically a high-fat, low-carb diet.

Macronutrients are best approached on an individual basis. For example, an athlete will likely do better with more carbohydrates, a sedentary desk worker with fewer. The key here is that eating whole, unprocessed foods tends to restore the normal neuro-regulation of appetite, so folks simply eat fewer calories overall.

“The major problem with the paleo diet is that it provides a narrow view of the ‘natural’ human diet. Around the world, traditional societies are able to create healthful diets from a great diversity of different food resources. Instead of reflecting that diversity, the paleo diet approximates one possible type of traditional hunter-gatherer diet.

It has its merits and potential health benefits. Relative to the average North American diet, it’s higher in protein, fibre, ‘heart-healthy’ fats and other key nutrients including iron, zinc and calcium lower in simple carbohydrates, sugar, saturated and trans fats and sodium. So it can help people lose weight and prevent or reverse chronic health problems like high blood pressure, high cholesterol and type 2 diabetes.

Concerns remain about long-term effects of a diet high in animal protein. While it works well for many people, research indicates it’s a hard dietary regime to maintain long-term.”