If Liberals don't follow through on promised fixes, it could place a serious chill on non-profit groups 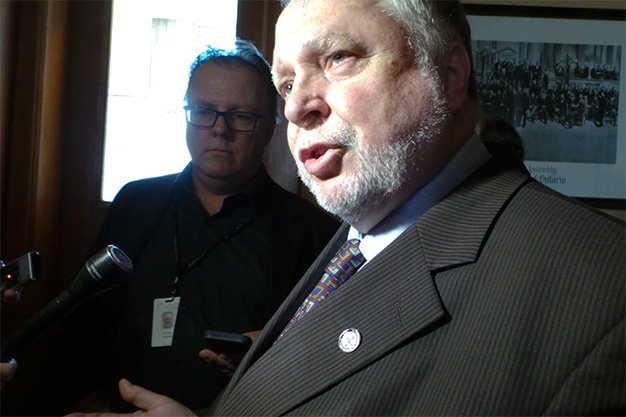 Earlier this month, Toronto City Council shot down a request for a report on making non-profit groups register as lobbyists. Though the motion from Deputy Mayor Denzil Minnan-Wong had handily passed through Mayor John Tory’s Executive Committee, it found so little traction at the full meeting of Council that even Minnan-Wong himself backed away from it.

Neighbourhood associations, community groups, and others potentially affected by such a change rallied hard in opposition. Not only were they offended that grassroots efforts to create a better city were being conflated with moneyed corporate interests, they were alarmed by the burden that compliance would place upon their organizations. When you’re working to be heard amid a cacophony of interests, you’d rather not have to expend scarce resources to navigate new layers of regulation.

But a proposed law now making its way through Queen’s Park could have a similar effect on many of the same groups by restricting their ability to conduct advocacy during municipal elections. And if the Liberal government doesn’t follow through with promised fixes, it could even lead to blanket bans on election-oriented activism. (See update at bottom.)

Bill 181, the Municipal Elections Modernization Act, seeks to reform the province’s civic elections in a number of respects, most notably by allowing cities to adopt ranked-ballot voting systems. A substantial portion of the bill, however, concerns the regulation of “third party advertisements.”

This, in principle, is a positive step. There is currently nothing in law to prevent individuals or entities from circumventing campaign spending and contribution limits by setting up third-party organizations whose goal is to boost particular candidates. It hasn’t been an issue in recent Toronto elections — at least not to any significant extent — but the possibility for such super-PAC-like interventions was indeed a legitimate loophole.

The problem is that the first draft of the bill defines “third party advertisement” in the broadest possible terms, meaning any “advertisement in any broadcast, print, electronic or other medium that has the purpose of promoting, supporting or opposing a candidate or an issue in relation to an election in a municipality.” It gives three narrow exceptions: ads by or under the direction of a candidate (which would presumably be first-party ads) ads that are transmitted by a company to its employees or a union to its members and ads that have no direct or indirect costs associated with them, such as — as the Ministry of Municipal Affairs and Housing explains on its website — “comments made on social media.”

Anything else that seeks to advance a cause during a municipal election would, under that language, qualify. “For example,” the ministry elaborates, “advertising on an issue related to the election could include encouraging electors to vote in support of public transit, without referring to any specific candidates.”

If a person or entity wants to run a third-party advertisement during a municipal election period, they would have to register with the relevant municipality in much the same manner as a candidate and be subject to similarly stringent financing rules. These include putting all contributions and expenses through a single bank account opened for the exclusive purpose of the election-related campaign and submitting comprehensive financial statements at the end. Like candidates, third parties could face compliance audits and prosecutions for alleged contraventions of the rules.

And in municipalities like Toronto that prohibit election contributions from corporations and unions, such entities wouldn’t be allowed to register as third parties. (The Canadian Press reports that the Liberals intend to amend the bill to extend a prohibition on such contributions across all municipalities.)

Minister of Municipal Affairs and Housing Ted McMeekin initially dismissed concerns about a chilling effect on advocacy when asked about the third-party provisions by NOW late last week. Corporations and unions, he said, “wouldn’t be able to advocate for a particular position, that’s right. I’m okay with that.”

But pressed on the application to non-profits, the MPP for Ancaster-Dundas-Flamborough-Westdale acknowledged that they’re “different” and that “we’re looking for possible flexibility with small groups.”

How do you attempt to draw that line in legislation?

“Well, you know what, I don’t know. I don’t know,” he said. “You raise it, we talk about it. I make a commitment to revisit and look at it. We put our best minds to it, and we come up with what we think is best. Then we present it to the public, and the public comments and says, ‘You’re full of hooey’ or ‘We really like this.’ And if we’re full of hooey, then we revisit it again. Right? ‘Cause that’s called democracy.”

Percy Hatfield, the NDP’s Municipal Affairs critic, hopes the matter gets attention when the bill returns to the legislature’s Standing Committee on Finance and Economic Affairs on Thursday. He points out that — as it’s currently written — if a mayoral candidate campaigned against ranked ballots, that would mean a group such as the Ranked Ballot Initiative of Toronto (RaBIT) would have to stay quiet for the whole election.

“They wouldn’t be able to say anything for six months,” the Windsor-Tecumseh rep observed. “It would be a gag order because they’re not a voter that could register as a person to speak on it.”

Equivalent provisions in British Columbia’s provincial election laws are being challenged at the Supreme Court of Canada.

The Ontario Nonprofit Network raised the alarm at last week’s finance committee meeting, warning that non-profits could “be subject to fines for having even raised an issue such as homelessness.” They proposed exempting groups that spend less than $1000 on election-related advertising and de-linking the ban on union and corporate third-party registration from the ban on union and corporate contributions [pdf]. (On the matter of third-party registration, Canada’s federal election laws set the threshold for an exemption at $500, as do the new Ontario election rules unveiled by the province just this week.)

“Given the recent end of the federal advocacy chill, where non-profits actually stopped participating in public policy debates for fear of Canada Revenue Agency audits,” executive director Cathy Taylor told the committee, “the last thing non-profits need is a new chill that this bill could start and we could expect with Bill 181.”

UPDATE (5/18/2016, 5:15 pm): Per a Wednesday-afternoon statement from the minister, the government intends to introduce an amendment to change the definition of third-party advertising “so that it covers only advertisements supporting or opposing candidates and ballot item questions, and not issues. This will help create more flexibility by allowing charities and groups that undertake public outreach to continue their advocacy work throughout an election period, without being subject to a third party advertising framework.”

It should be noted, however, that because third-party registration would not be contingent on spending a minimum amount of money, any individual or group that spends any funds toward a communication that supports or opposes a candidate would still likely find themselves running afoul of the law.