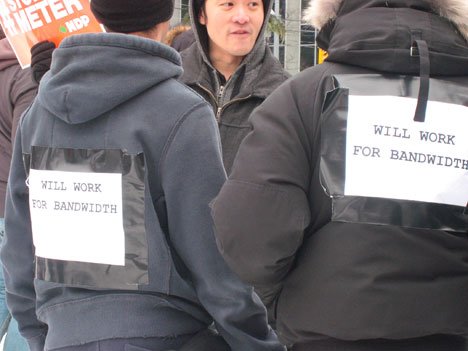 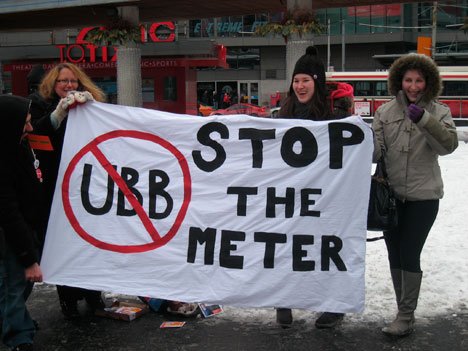 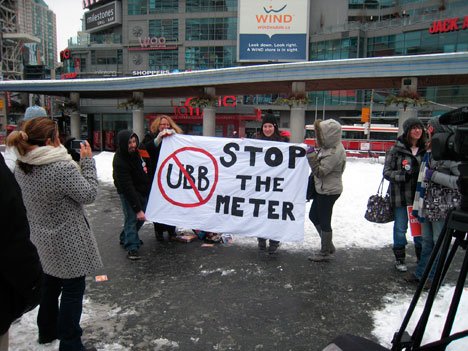 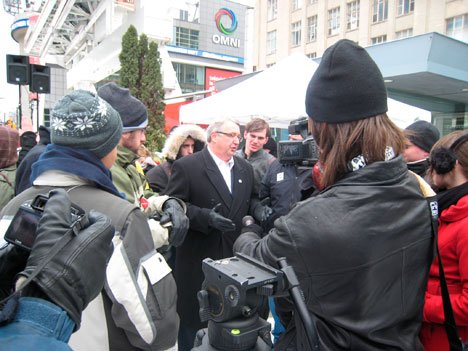 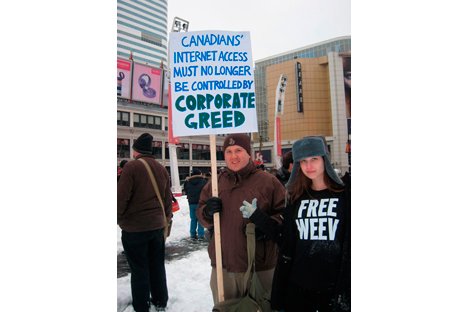 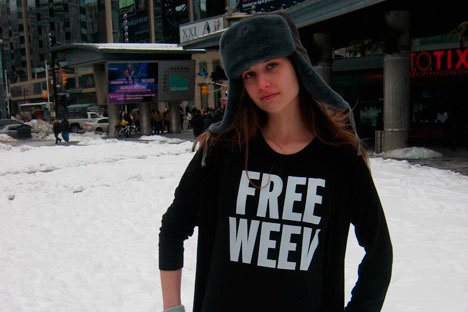 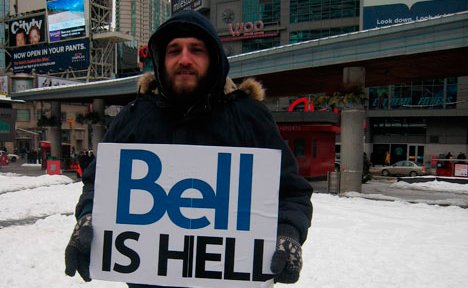 A small but angry group led a protest against usage-based internet billing at Dundas Square on Friday.

Usage-based billing exists currently at the big ISPs. But this group of graphic designers and various members of the NDP including Jack Layton, are protesting the CRTC’s musings about introducing it at all ISPs, including smaller ones like TekSavvy.

Regardless of the CRTC’s decision, the Harper government assures the public the proposal will not be put into action.