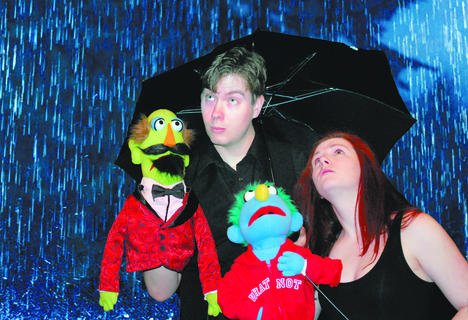 Sure, a couple of the recommended productions at FringeKids!, at the Palmerston Library Theatre, rely on manipulated characters: Something From Nothing, based on Phoebe Gilman’s tale of a boy who loves his increasingly diminishing baby blanket (from July 7), and The Tempest… A Puppet Epic!, which brings back the characters from last year’s charming Romeo And Juliet to tell the Bard’s final tale of magic, love and forgiveness (from July 6).

But leave the youngsters home for The Enchanted Crackhouse (from July 5 as one of the Alleyplays), a musical in which a girl searches for her lost sister in the woods and meets a dirty rat and various woodland creatures indulging in drugs and sex. Expect miniature syringes and pill bottles.