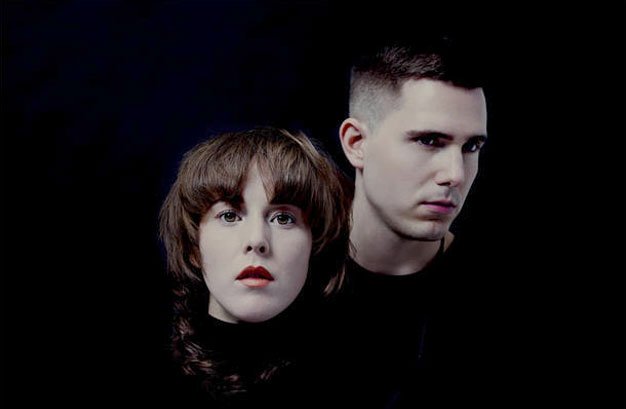 When Purity Ring emerged in January 2011 with the glitchy pop track Ungirthed, it unleashed an international media blitz around the Canadian indie pop duo. (That single was later released on a limited-edition 7-inch that now sells for around $120.)

Eight months passed before the twosome made up of vocalist Megan James and producer Corin Roddick released another track, igniting the internet once again. In a whirlwind, the Halifax/Montreal band signed to 4AD, recent home of fellow buzz-maker Grimes, and Last Gang in Toronto.

What followed was the trajectory most indie bands dream of: a debut album beloved by critics and fans, the admiration of fellow musicians, and an onslaught of touring.

On the phone from New Orleans a week into a months-long tour, James talks about how to survive the sophomore album, the stress of late-night TV performances and the pressure to sustain success.

In short: a 101 on navigating post-buzz.

Following the release of their debut LP, a year-and-a-half-long tour and a collab with mega-fan Danny Brown, Purity Ring spent the next year writing their next album, the hip-hop and trance-infused Another Eternity.

“We took the time we thought we needed. There is nothing worse than putting things out just so they’re there,” says James. “All the people we were working with were really supportive of that, which is a nice thing about indie labels. It’s about making a good record, not how soon it happens.”

When Shrines catapulted Purity Ring into indie stardom, the duo had to learn how to live on the road – a steep learning curve for James.

“I’m the type of person who likes to have lots of tiny objects around me that I love so I feel at home. On the road I’ve brought my rock collection, too much antique jewellery, my entire tool set,” laughs James. “I’ve had to figure out how to feel at home internally. It’s a weird change to get used to, for sure.”

What’s the best way not to get distracted by the pressure of being a buzzy band? Ignore it.

“We happen not to pay a lot of attention. When we were writing Another Eternity, that was our entire focus,” says James. “You can go down a hole reading about yourself on the internet – and that’s way scarier than any other type of wormhole. If you want to read your reviews, don’t take them to heart, because it’s just one person’s opinion.”

Be prepared for the craziness that is latenight TV performances

It’s requisite nowadays for trending bands to perform the late-night circuit. The duo has performed on Conan and Late Night With Seth Meyers, and James sang side by side with Danny Brown on Jimmy Kimmel Live!

“It’s so exciting and stressful,” says James. “The audience is like a 100 feet away, and there are these huge sweeping cameras in front of you. You feel like you have to be seamless – and that’s the furthest thing from me.”

For James, however, the magic of television is much preferred over a real necessary evil: radio sessions. “You can’t bring any production to make it look good, and yet they always film it. It’s like you have to perform naked.”