NOW MagazineLifePushing beyond the buttons

Pushing beyond the buttons

The second Vector Game + Art Convergence Festival showcases works of art you can really get your hands around. 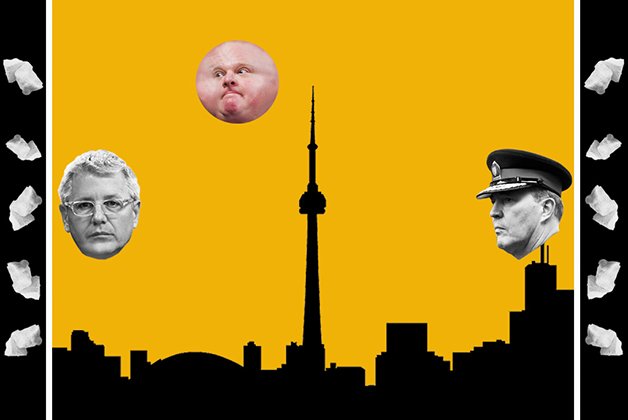 Are games art? It’s not the newest question and, in fact, the debate on the issue has nearly ended, quieted down by creators and academics leading by example, flooding virtual reality with bolder and more unconventional works.

Gone Home, Hotline Miami, Sword & Sworcery and Terry Cavanagh titles are making experimental narratives available to the public, and you can’t throw a stone without hitting an interpretive think piece.

“The whole idea of games and art is a pretty big conversation,” says Skot Deeming, co-director and curator behind the Vector Festival (vectorfestival.org). “Quite frankly I didn’t feel like the conversation was critical enough, and I wasn’t alone in that.”

So he founded Vector, a festival, designed to keep the conversation going and to showcase adventurous gaming experiments. It represents a bridge between the demands of the commercial technical world and the elusive ambitions of art. It’s a gallery of games, some avant-garde, some new and some old.

At last year’s edition, I saw performance artist Angela Washko log into World Of Warcraft, asking various denizens of Azeroth what their personal definition of feminism is.

I saw two individuals turn their bodies into controllers for Dead Or Alive, having players grope their chest to manoeuvre the already salacious game.

I saw an emulator designed to dismantle the code of the game it was playing, each press of a button forcing the software to eat itself alive.

Most of the work from last year’s Vector still isn’t available for mass consumption, a statement in itself considering the usual purpose of making games.

Digital interaction is a new frontier for art, and while many establishments have come around to acknowledge that, we’ve hardly scratched the surface of the question of how that interaction, well, interacts with art.

The Museum of Modern Art made waves when it began including games in its collection, though it showed a greater interest in technical excellence than high art in most of its acquisitions – Tetris, Pac-Man, Portal, Minecraft and Myst – with the exception of Passage and perhaps Dwarf Fortress.

“If you’re in an art institution you should be focusing on the critical conversation,” says Deeming. “Large-scale art institutions, other than having this mandate for sharing work with the public, also have a mandate to get people through their doors.

“When you see things like a Warner Brothers exhibition touring through big art galleries, you understand what that means. As an entry point into other exhibitions I think that’s a really great thing to do, but blockbuster exhibitions also distract and diminish the conversations we could have.

“The Game On exhibition at the Ontario Science Centre had some serious problems, not just in terms of technology, but in the narrative of games, which was all about mainstream games produced by people in an industry. For the Science Centre that’s okay, but not for an art institution.”

If that aspect of the discourse on games is ignored in larger institutions, Vector picks up the slack. You can see work from Molleindustria, which specializes in games highly critical of technology’s global consequences, most infamously biting the hand that feeds with a smartphone game about where smartphones come from.

There is work from Party Time! Hexcellent! that can make an installation out of your NES.

You can volley Rob Ford’s head in a Kinect-based Pong, using your body to lobby his ongoing controversy between those involved.

Now that the festival sprawls further across the city than before, from Ossington to OCAD U, galleries are dedicated to games addressing politics in government, the games themselves and works of hack anarchy.

As the gestation period of gaming becomes shorter and the team required to see one through gets smaller, work can become bolder in nature, more independent in philosophy and more critical of developing events around them.

While it’s good to see major establishments acknowledge games, those already engrossed in the scene may seek out work that pushes the boundaries. That’s the audience for Vector, a curio of interactive art and performance that may scarcely be seen anywhere else despite existing in a digital form.

“At the end of the day if Vector isn’t effecting change, then who are we talking to?” says Deeming. “My entire curatorial and critical vision is to have those conversations and to champion this kind of stuff people don’t know about – interesting, experimental and avant-garde.”

Many of Vector’s exhibitions and performances happen this week. For the full schedule, go to vectorfestival.org.