Pushing the panic button on terror

Aaron Driver's death follows a steady trend of thwarted so-called terror attacks in Canada, which reportedly had bloodthirsty objectives but no actual real means to commit them 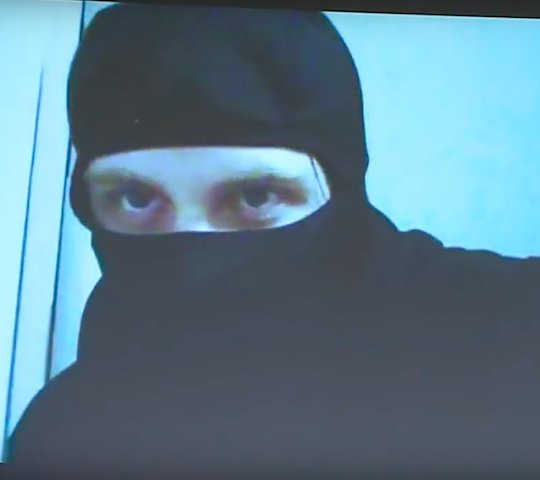 Screen shot of Aaron Driver from martyrdom video RCMP say he made before planned terror attack with a homemade explosive.

Canada experienced another brush with global terrorism last Wednesday, when Aaron Driver was killed during an encounter with police in the sleepy southern Ontario town of Strathroy.

No one but Driver was killed, but authorities were quick to tell Canadians that the intent of this Islamic supporter of Daesh (also known as ISIS) was to commit mass murder at a transit hub during a workday rush hour. Scary stuff.

According to the official version of events, it was the FBI who first discovered that Driver had recently made a martyrdom video and was about to launch an attack. It had to be the FBI because the Canadian Security Intelligence Service insists that it does not spy on Canadians.

Driver had long publicly declared his sympathy for the cause of Daesh and, as a result, had been arrested. He signed a peace bond to secure his release.

Thus, Driver was known to local authorities and, acting on the FBI tip, the police were able to descend on Driver as he was climbing into a taxi outside his home armed with his homemade explosive device.

Terry Duffield was the driver of the cab that picked up Driver, and while he has yet to speak publicly to the media, he is probably wondering why the police allowed him to pick up Driver before they raced to block them in.

Once the police vehicles arrived, Driver detonated an explosive in the back seat and Duffield, took that as his cue to exit his cab. Police then opened fire on Driver and it remains unclear if the Daesh-wannabe died from their bullets or from his own bomb.

The incident unsurprisingly set off the usual wave of panic among the usual suspects with the RCMP calling for stricter controls to protect the public.

If Driver could still obtain explosives and plan an attack while on a peace bond, then obviously peace bonds are not enough to protect us. Who will save us from Daesh?

Driver was a troubled youth who found popularity among Daesh sympathizers online. He was not a hardcore member. He had never even been to the Middle East. The congregation at his local mosque tried to correct his skewed view of the Islamic faith.

He did make some sort of bomb, but if the result was that exploding it in his own lap failed to kill him and left the taxi driver unhurt, it really wasn’t much of a bomb.

The intelligence and security services — both Canadian and U.S. in this case (because CSIS, remember, doesn’t spy on Canadians) — worked efficiently together.

Driver did not get to carry out a terror attack. He was killed before he could even attempt the attack. No one was terrorized by his actions.

Yet, after Driver’s death we were reminded of all the carnage he “would have” unleashed.

This follows a steady trend of thwarted so-called terror attacks in Canada, which reportedly had bloodthirsty objectives but no actual real means to commit them.

First it was the Toronto 18 plotters back in 2006. They were going to blow up the Parliament building and the CN Tower, then behead CBC news anchor Peter Mansbridge during a live telecast. All they possessed to achieve these goals was the fake explosives sold to them by undercover RCMP agents.

Then it was the bizarre plot to derail a VIA Rail train in 2013. Poor old Chiheb Esseghaier and his accomplice Raed Jaser may have wanted to create a bloody massacre by targeting a New York-bound train from Toronto, but they were so clueless that they scouted out the wrong bridge on the other side of town. They, too, never had any actual explosives.

Neither did John Nuttall and Amanda Korody, although the RCMP convinced them to blow up the legislature building in Victoria, B.C. armed with inert pressure cooker bombs prepared for them by undercover officers. They were promptly arrested by the same officers who helped them plot the terror attack. Their convictions were overturned last month by a B.C. judge who described the RCMP investigation of the couple as “a clear case of police manufactured crime.”

The separate lone wolf attacks by Martin Couture-Rouleau and Michael Zehaf-Bibeau in October 2014, which killed Warrant Officer Patrice Vincent and Corporal Nathan Cirillo, respectively, are the only actual attacks in Canada to date. They were carried out by deranged loners, like Driver, not members of an international terror network.

Let’s keep focused on the damage these attackers actually cause, and not get carried away by all the terrible things they “would have” done.