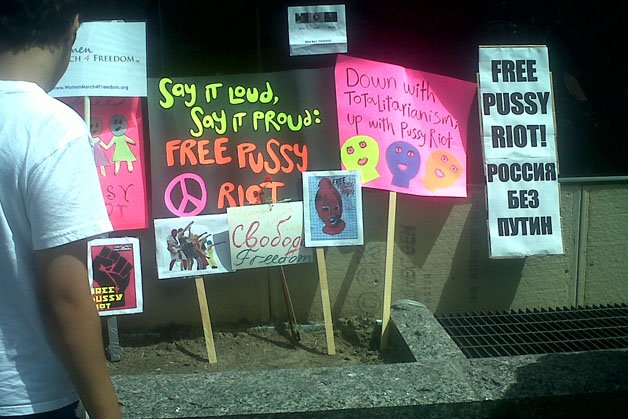 Note to authoritarian regimes: don’t think you can mount a show trial if the defendants are more media-savvy than you are.

The importance of Russia’s TV footage:

This and about a dozen other ideas – including the value of performance art and the power of Putin – are behind this kick-ass doc about Russian punk art collective Pussy Riot and the trial that ensued after the group put on a guerrilla performance – playing an anti-Putin anthem – in Moscow’s central cathedral.

Charismatic arrestees Masha (Maria Alyokhina), Katia (Yekaterina Samutsevich) and especially Nadia (Nadezhda Tolokonnikova) and coverage of the trial and demonstrations both for and against Pussy Riot give this pic electrifying energy.