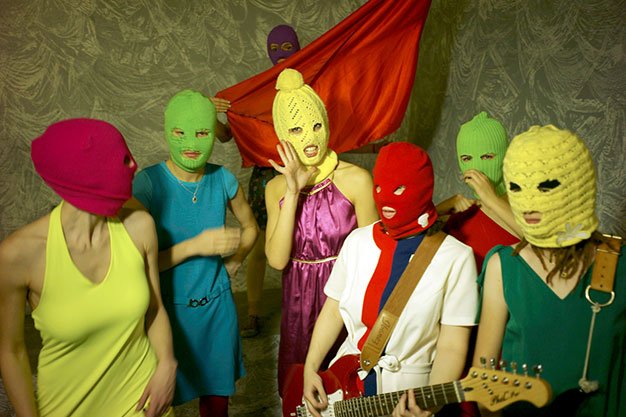 Pussy Riot, whom I always refer to as Putin’s worst nightmare, are headed to Toronto for a special appearance at the Queen Elizabeth on November 12.

The Russian feminist art collective and punk rock group, famously arrested four years ago for breaking into an anti-Putin punk song on the altar of a Russian Orthodox church, continues its guerrilla tactics.

But here in Toronto they’ll rein it in when Maria Alyokhina (Masha) and Alexandra Bogino (Sasha) appear in conversation with Fucked Up’s Damian Abraham. It’s a great combination. Abraham’s an articulate ball of energy and the women of Pussy Riot – as evident in the exceptional documentary Pussy Riot: A Punk Prayer – are charismatic and very, very smart.