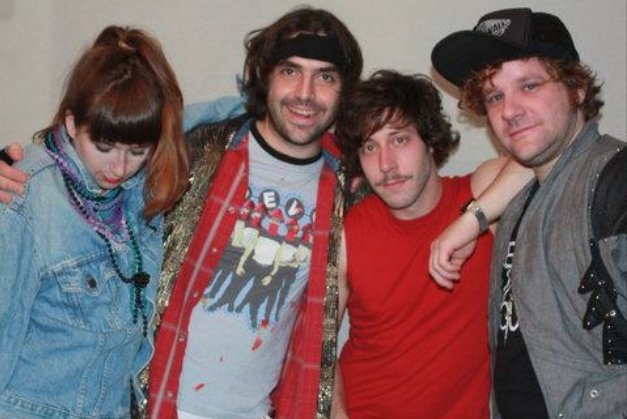 While it was nice to see a show at the Silver Dollar without being smooshed against the bar or stuck in a corner, there should have been a line around the block for Saturday’s show featuring Montreal’s PyPy and Loose Pistons, and Toronto’s own Modern Superstitions.

Loose Pistons’ singer Hugo Chartrand looks like he could’ve stepped outta New Jersey around 1973 and the fact that his harmonica and some other gear had been recently stolen didn’t stop them from delivering punchy rock ‘n’ roll.

With the moves of Hawkwind dancer Stacia, a stare as chilling as the twins in the Shining, and howling vocals fed through mountains of reverb, PyPy’s Annie-Claude Deschênes is in the running for the most engaging performer in Canada. In contrast to her beefy male bandmates (comprised of members of Duchess Says and Red Mass), the tiny Deschênes writhes, screams and often seems to be undergoing exorcism during the band’s psychedelic art-rock. What any of it has to do with the veggies and dip painted on their banner is anyone’s guess.