NOW MagazineMusicFeaturesBone Thugs-n-Harmony’s Bizzy Bone on the past, present and future

Bone Thugs-n-Harmony’s Bizzy Bone on the past, present and future 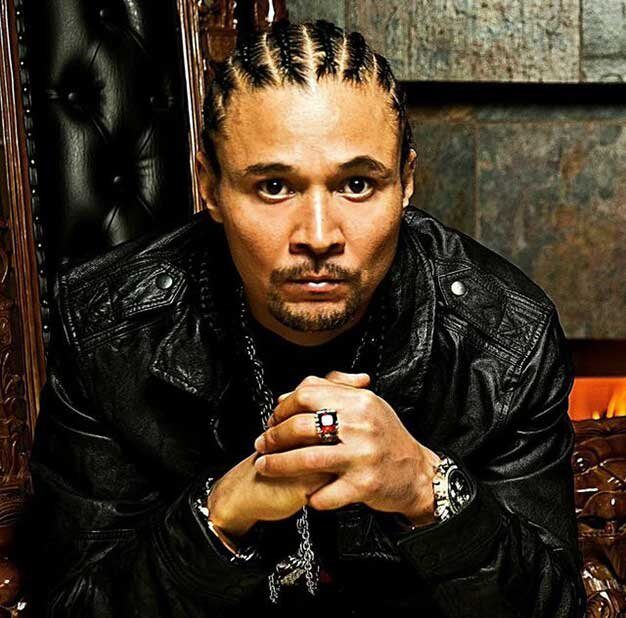 One of the most poignant scenes in the summer blockbuster film Straight Outta Compton is when DJ Yella places a cassette tape of Eric Wright’s latest group signing by his hospital bed, as the multi-platinum rapper also known as Eazy-E lays unconscious due to complications from AIDS.

And although fans are debating the actual timelines within the N.W.A. biopic, Eazy-E’s ear for talent can’t be questioned. When he introduced Bone Thugs-n-Harmony to the world, it sold more than 4 million copies of E.1999, their debut full-length album. Released in 1995 on Eazy’s Ruthless Records four months after his passing, the album went to #1 on the Billboard charts.

Bizzy Bone, one fifth of Bone Thugs-n-Harmony (which includes Krazie Bone, Layzie Bone, Wish Bone and Flesh-n-Bone), is on tour with his band performing the E. 1999 album in its entirety to celebrate its 20th anniversary – including the album’s Grammy-winning Eazy-E tribute Tha Crossroads. Catch them at the Danforth Music Hall Sept. 12 and 13.

We asked Bizzy about Eazy, homelessness and Dr. Dre ahead of this weekend’s shows.

What was it about Eric Wright (a.k.a. Eazy-E) that made you and the rest of your group so determined to audition for him? How were you feeling when you finally got the chance to meet him, after months of trying?

We [felt] he needed a band after everyone in N.W.A. left [Eazy] for their own careers. We knew we had what it took. We actually predicted it on camera in our neighborhood before we left that we would link with Eazy. So when we met him [it] was like prophecy.

You overcame huge obstacles as a child, being rescued from abduction and then spending time in foster homes. What kept you going during those difficult times, and do you have any advice for kids who are currently in the foster system?

Music, lifting weights and running the streets is what I did during those times. My advice [is] find a good foster home [with] good foster parents and keep it pushing baby!

How did the Bone Thugs collaborations with Tupac and Biggie come about? Do you think anything could have been done differently to save their lives?

I got in touch with Death Row to find ‘Pac but when we met he said [he] already [wanted] to get one done together. Biggie was [through] Mr. Combs and the staff at Ruthless Records.

If they wouldn’t have promoted their [diss] records I think they would have been safer, and of course if ‘Pac would have went with his first mind and stayed away from Vegas…

Can you tell us about the spiritual journey you took in 2004, and what you learned voluntarily living as a homeless person? What’s the biggest misconception you discovered that mainstream society has about the homeless?

Well I was from homelessness anyway so the streets were like home! Basically my entire family [and] friends seen the money gone, and as they say it was a wrap – for my career and so on. My support system was gone. Being the leader with money, there was no one to fall back on. So I went back to the streets to reclaim my life where it started.

Biggest misconception about homelessness is they wanna be there. They don’t. They feel society has left them. More of a mind configuration and no growth mentally for them personally to heal up. And of course some are running from some crime they committed, etc.

Were you surprised to hear Machine Gun Kelly shouting-out Bone Thugs on his song Till I Die? What can you tell us about the upcoming Bone Thugs album and any possible features?

MGK [is] a good musician and Clevelander [so] always cool there! New Bone records gonna be crazy! We looking to have Dr. Dre produce one before he retire on us or vice versa. Besides that – top secret!

Here, Bizzy reminisces on five of his biggest Bone Thugs-n-Harmony and solo singles.

“Eazy was [still] alive [but] we practically had to plead with him to be on it. Most memorable moment with him – our mentor and us recording.”

“Tha Crossroads happened in two parts. After Eazy had passed we had to [re-record] it for him and others who started dying on us. Originally the song was about one friend named Wally Laird, [it] turned into an anthem and a tear for all funerals in the neighborhoods and beyond. Ended up a spiritual tribute to lost ones all over.”

Look Into My Eyes from Batman & Robin Soundtrack, 1997

“Was for [the] Batman & Robin soundtrack so everybody had they adrenaline up and was ready to make a smash! Great time for creativity for the band.”

“My crew, all passed now, was with me and we were having fun partying and planning on [the] future. I had my label going strong and was ready to show myself what I had become as an artist.

The record was exactly what I wanted [but] I learned it wasn’t as simple as in a group. Great time for me and music in general.”

“Had the opportunity to work with another great artist, DMX. Wanted this song to be what I felt for music and the fans of music in general. That Donnie Hathaway [sample] in the intro set it off – one of my favorites!”