Into The Forest director Patricia Rozema (I've Heard The Mermaids Singing, Mansfield Park) knows what makes a great talent. We talked to her about why Ellen Page is such a unique screen presence. 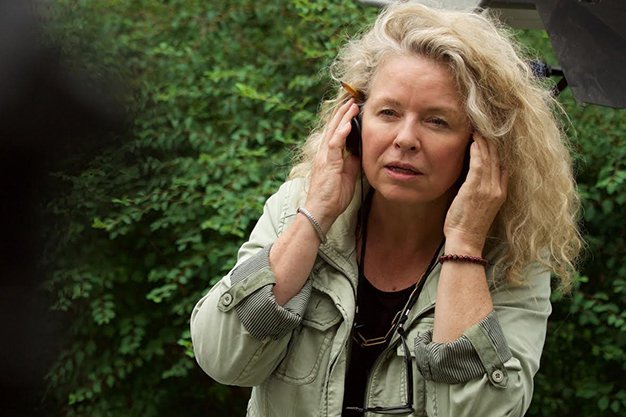 What skills does Page bring to a project?

To the naked eye it looks like she’s doing nothing, and then you look at the footage and the level of detail is incredible. So many actors are most alive when they’re sad, or angry or funny – but she can portray every one of those emotions with equal conviction. She has a thousand colours to her and they’re all genuine.

Truman Capote famously said that actors are stupid, empty, which is why they’re able to fill themselves up with someone else.

That’s insane. I think of acting as a river that’s flowing, and the dialogue is like the boat on the river. It takes intelligence to create a strong current, a flow underneath, to convey what’s happening on a plot level and an emotional level. I can throw 20 notes at Ellen and she can weave them in. She can keep competing challenges in her mind and then feel. It’s a beautiful skill.

Not to be too grandiose, but I think she’s the voice of a generation. There’s something about her that speaks to young women who want to be open and feeling and very strong and capable.

What were Page and co-star Evan Rachel Woods like as an acting team?

Ellen is very understated, and over several takes, the performance grows and refines. Evan was different. She starts bigger and then gets smaller, so I had to balance them out and put them in the same movie. There’s a thousand ways to act well. It’s my job to make sure they act well in the same way.

Does the fact that actors know each other get in the way or help?

It doesn’t get in the way when they’re playing sisters. I told them when they’re hanging around at home, call up the other one and be bored with each other. Learn how to be “not on” in the way you dare to be with siblings. You can’t just fake that if you’re introduced to each other on the first day of shooting. They’re good actors and can fake anything, but that level of comfort helps.

What are your thoughts on the career risks an actor takes when she’s out and proud?

I’m thrilled with the [pre-release] reception Freeheld is getting. The world wants that from Ellen and the world needs that. The world also needs to allow a gay actor to do characters that aren’t openly gay. I love that Into The Forest will be her next film released after Freeheld. Audiences should be allowed to see a famous lesbian and also an actor.