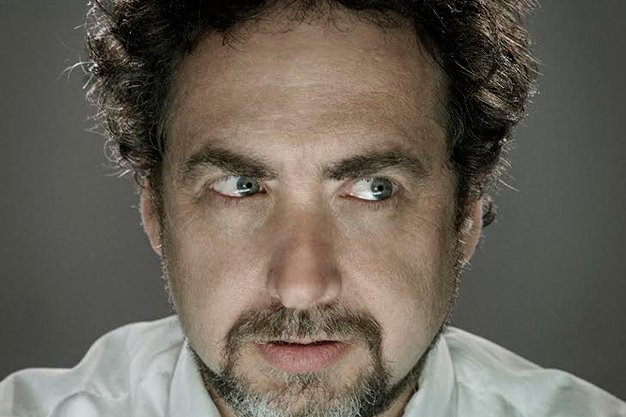 We’re used to the notion of documentaries that are disturbing or upsetting. Rodney Ascher’s The Nightmare is different: it’s terrifying.

Ascher’s documentary illustrates the phenomenon of sleep paralysis – in which the brain “wakes up” moments before the body, leaving a person conscious but immobile – by re-creating the vivid, very specific hallucinations reported by sufferers of the condition. Where Ascher’s previous feature Room 237 was almost serene, The Nightmare is downright assaultive. And when he brought the movie to Hot Docs earlier this year, we sat down to discuss shadows, shame and the importance of monsters to human evolution.

So, Room 237 and The Nightmare are clearly about the same thing – they’re both examinations of the tricks our brains play on us.

Well, “clearly” I think is the problematic word in that sentence. [laughs] You know, the question in both of these is: Are you picking up something that’s genuinely out there, or is it coming from within? And how hard it is to choose between those, sometimes.

There’s an Emo Philips joke: “I think that the human brain is the greatest evolutionary accomplishment in the history of nature, but look what’s telling me that.”

The Nightmare seems to argue that all of us, under the right circumstances, will experience the same hallucination: that our brains will generate this vision of a dark, featureless biped, watching us. I always think about evolutionary biology when I hear about these phenomena. Did you explore that angle?

I was talking to a philosopher who, at one point, might have become one of the subjects of the film. And he was talking about the idea in philosophy that it is to our advantage, in evolution, to assume agency when you come into contact with random data. You know, you’re a hunter-gatherer in the woods, and there’s a rustle in the bush? The people who leapt to the conclusion that that was a bear were more likely to pass their genes down than those who said “Well, let’s wait and see what it is.” But my question for him – which he wasn’t able to answer – was “How many of them actually see a bear when a bear’s not there?” Because having experienced sleep paralysis myself – if not to the degree of most of the people featured in the movie – I can say it isn’t a blurry shape in the shadows out of the corner of your eye. When I saw my shadow man, I saw it as clearly as I’m seeing you.

It wasn’t blurry, it wasn’t shaky, it [had a] very clearly defined edge. It was the silhouette of a man. I could see the contours of the fingers, the edges – no hair, no clothes. And it was walking in the room, with a real three-dimensional quality. It was more integrated and more present than I would imagine a psychedelic hallucination would be.

How prevalent is this experience? What’s the percentage of people who’ve seen a shadow man?

What I typically do during the Q&A is ask people in the audience how many folks have experienced anything like what you saw in the movie. And you’ve seen the film, so you know that most of what we present in the movie is pretty outrageous. I would say thirty-plus percent of the audience raised their hands. If there were three or four hundred people in the audience, it was 70-80 people, which I think amazed both the people with their hands up and the people with their hands down.

That’s a considerable percentage – but I can’t say that I’d even heard of sleep paralysis before your movie came along.

There’s stigma about seeing things, you know? Oliver Sacks has a great book about hallucinations [2012’s Hallucinations], and he makes the case that they’re much more common than most of us realize, but they’re incredibly underreported because people see hallucinations as the defining trait of mental illness – which they’re not. It’s something that almost everybody experiences at one point or another.

Did that stigma make it difficult to find subjects for your documentary?

There were two phases of finding people to talk to. First was people who’ve already shared their stories publicly – people who’ve written books or have gone on Internet forums or made YouTube videos. If you go on YouTube you’ll see like 300 videos of people telling their stories. [These] were already people who’d decided to go public. And then when we announced the film, a couple of blogs picked up the story and we set up a Facebook page where people could reach us. We were just deluged. We had to hire an extra person just to coordinate them. Hundreds of people would post on the wall, and they would post on the comments of other people’s stories, and then they would post in the comments of, like, the first story that they came across down at the bottom of the Facebook page. It was like the Wailing Wall, where messages were being stuck into every crack. They kept expanding every day it’d be impossible to tell where the new ones were.

I found the same thing whenever I would find an article on the Huffington Post or someplace about “Hey, there’s this interesting thing that happens when you sleep!” Every couple of months, someone will write a new article like that, and there’ll be 100 comments: “Oh my god, that’s what’s happened to me!” And that’s happened for a couple of reviews of the movie, too a lot of the comments aren’t even [about] the movie, it’s “Here’s my story, I need to share it.” And I would be sure to share my story with them, to make them understand. “I’m like you, I’ve experienced this, I’ve got some ideas about what’s going on.” I’m not a complete outsider coming to gawk, I’m someone who’s also been through this, comparing notes. Comparing stories.

A lot of those stories have a sort of archetypal imagery that I’ve seen realized in horror movies, which is another idea your documentary explores.

This was an idea that only started to come together midway through the project: the more than coincidental relationship that this stuff has with horror movies. And it may well be an endless chicken-and-egg question: people experience [sleep paralysis], they write a story or make a painting that gets under somebody else’s skin and they have a nightmare or sleep paralysis experience that might influence the way they perceive it. And it keeps feeding back on itself. That made me feel very free to work in sort of a horror movie vocabulary in the reenactments themselves.

I mean, in John Carpenter’s Halloween the killer wears a featureless mask and is frequently shown standing stock-still in the frame. It’s terrifying on a primal level, and now I understand why.

It goes back further than that. It goes into religion, mythology – there’s an amazing book called Sleep Paralysis by Shelley Adler. She writes about how the Salem Witch Trials might have been inspired by sleep paralysis. You know the story of how Mary Shelley wrote Frankenstein? There’s something to suggest that she had sleep paralysis the night before. And Ken Russell basically filmed [the 1986 movie] Gothic telling that story that way – the posters are a reenactment of the painting The Nightmare, with a little guy sitting on [Shelley’s] chest! There are passages from Dracula that sound like it, or maybe even Jacob wrestling with the angel as they’re going up and down the ladder. It does feel like wrestling when you’re trying to move.

So if this response is some sort of root human function, do people even need to have experienced this in order to recognize it?

Well, you know, all that stuff is hard to answer with any sort of certainty. I’m just hoping to inspire those sorts of conversations.

And the movie implies that the condition is communicable – that people who’ve never had sleep paralysis can experience it after hearing someone talk about it.

Yeah, it’s a real William Castle sort of gimmick – that the terror is not on the screen, it’s going to come out and get the audience.