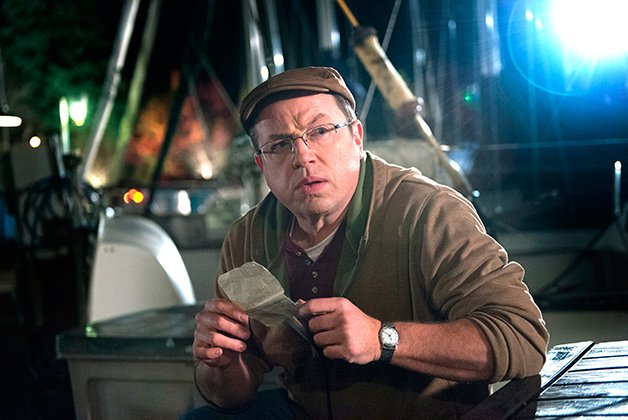 Before he became a household fixture as Corner Gas’s glib leading man, Brent Butt was pumping out hilarious lines as one of the country’s best stand-ups. Now, coinciding with a national comedy tour, he’s promoting his first lead film role as an ordinary schmo pretending to be a detective to help out femme fatale Amy Smart.

Are you a big fan of noir and detective films?

I love old film noir detective movies and British murder mysteries. So when I sat down to write the script, the first scene ended up being a classic guy in his office where a damsel in distress comes in. And I went from there.

I like how you can play a “spot the detective-film reference” game. Was that fun?

I like putting value-added stuff in for fans of the genre. If you know what Glass Key means, there’s a bonus. If you don’t, you don’t realize you’ve missed anything.

Did you look at any films you could model this on?

People were puzzled when I said I wanted to combine murder mystery with comedy and not make it a big zany, wacky film. Look at Fletch: if you take out all the comedic characters and the funny lines, it still holds water as a mystery. And Beverly Hills Cop, which wasn’t initially written as a comedy but as an action/thriller. And The Thin Man movies, which were these fantastic, dark murder mysteries, but the leads, Nick and Nora, were funny and charming. Those were the touchstones.

How would you describe your acting style?

Is the term “Oscar-worthy” hyphenated? I often say I act the way Bob Hope acted. It didn’t matter if he was a pirate or an astronaut, you got the same guy. I’m still playing a guy who does and says funny things, but the difference in this movie – versus the half-hour comedy stuff I’ve done – is that it pushed me more as an actor. There’s real danger and gravity in the movie. My character’s life really is on the line. I was forced to play a lot more and be more realistic.

I was a big fan of your pre-Corner Gas comedy. How has TV success changed your life?

It’s opened some doors in terms of getting meetings with people who can help facilitate projects. Ultimately, the project has to make sense.

You’re doing a national tour called the Almost A Movie Star Stand-up Tour. Are you prepared for stardom once the film comes out?

I’m looking forward to the rehab, the rumours about my marriage to Clooney – all that.

Do fans come up to you in Tim Hortons?

A lot of people debate whether I am who they think I am. “That’s not him, he’s too fat!” they’ll say, or “He’s too bald.” And I feel like saying, “I’m right here!” Ninety-nine per cent of the time it’s great. Then there’s the guy who starts a conversation by slapping you on the back. You’ll be at the airport and he’ll blast you between the shoulder blades. “Hey, how are you?” “Well, I’m having a coronary now.” I don’t know how that’s a good way to start a conversation.

Brent Butt Challenges You To See His Movie