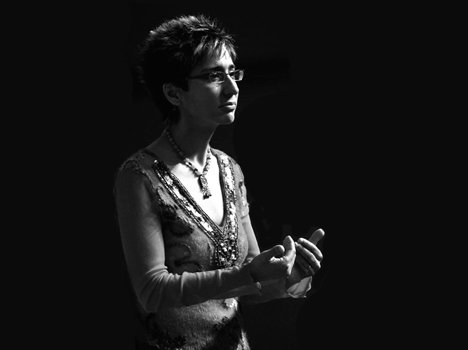 Uganda-born, Vancouver-bred and now New York City-based Irshad Manji caused a sensation when she released The Trouble With Islam in 2005.

In it she was critical of Muslim interpretations of the Qu’ran that denied believers equality and dignity. In her follow-up, Allah Liberty & Love, she describes reactions to that book and sets out a blueprint for reconciling her Muslim faith with the values of freedom and equality. The animated and articulate Manji talked to NOW in Toronto’s Random House offices about how her views have strengthened and changed.

What’s the difference between your first book and the new one?

The Trouble With Islam is a critique. This new one is a how-to. It’s designed to help Muslims and progressive non-Muslims create the liberal reformation of Islam. I learned over the past few years that I’m not alone. I also realized that young Muslims around the world have some practical and heartfelt questions, and there aren’t too many places they can turn to for honest conversation. I’m looking to carve out a path to reconciling faith and freedom.

You make a strong case against cultural relativism, a hands-off attitude toward cultures where there isn’t equality – say, between men and women.

I ask why in feminist countries like Sweden the expectations of Arab girls are so much lower than those of Swedish girls. If you believe as I do that patriarchy is global, then you should not – saying “That’s their culture, not ours” – be giving a pass to those who conduct certain customs in the name of culture.

Many women say they choose to wear the niqab. But you dismiss the niqab as emblematic of oppression.

That’s not true. I never say that the niqab oppresses women. I say it is part of a wider culture other customs of which oppress women in the name of honour. I accept that women freely choose to wear niqab, but that shouldn’t stop me from engaging with them in further questioning.

If a woman who wears hijab or niqab says, “I want to be known for my brains, not my body,” I say, “Let’s engage your brain power. The niqab is rooted in Arab tribal culture, not in Islam and certainly not in Qu’ranic Islam. How do you reconcile being a walking billboard for one of the more chauvinstic aspects of Arab tribal culture and calling yourself free?”

I would ask the same question of a woman who wears a Playboy pendant as a symbol of her sexual independence. Why is it that you’re reclaiming independence by playing on other people’s terms?

You suggest that in a multicultural society, some Muslims make it hard for people from other cultures to ask them pointed questions.

Are you feeling hopeful about the so-called Arab Spring?

I believe that it’s already been a progressive moment, if by that we mean that it’s seeking to change the status quo in a way that helps more than it hurts. The secular democrats who were at the heart of the Egyptian and Tunisian uprisings are agents of moral courage. They stood up to abuse of power, so whatever else may happen, they have shown there is no inherent contradiction between living in a Muslim-majority county and seeking freedom, democracy and human dignity.

Could it lead to hardening of fundamentalist power? We don’t know. Different parts of each of these countries have different politics – it’s so mind-bendingly complex. I wouldn’t pretend to have an answer as to how this is going to shake down. I’ve been called a cynic for saying so, but I have to say we’re nowhere close to having the freedoms secular democrats envisioned that these uprisings would bring about.

I was surprised that you supported the military interventions in both Iraq and Afghanistan.

I was wrong. I actually thought the Oval Office had information that was taken into account when it made decisions. And because the UN called Saddam’s regime the most abusive since Nazi Germany – they didn’t say that about South Korea or Iran – I reached a brazenly naive conclusion.

I have been openly questioning our work in Afghanistan. I’m just so disgusted by the corruption of the Karzai government. If this is the best that Afghanistan, with a whole lot of influence from the U.S. and its allies, can do, then I’m not convinced we should continue to be there.

Let’s go back to the issue of women and argue that if only for their sake we cannot leave. But where is the out? At what point do we say there are enough women who are empowered enough to fight for themselves? When can we say we’re done?

My own deep skepticism about the efficacy of the Karzai government coupled with the lack of an end to the women question makes me feel that neither the military nor financial commitment is worth it.