After making two documentaries, Army Of One and When We Were Boys, Toronto writer/director Sarah Goodman shifts to drama. Porch. 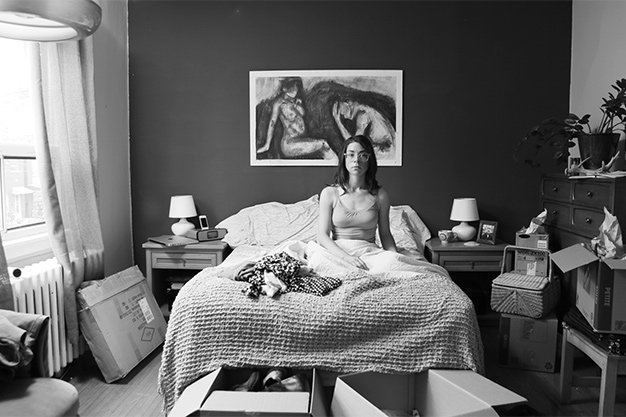 After making two documentaries, Army Of One and When We Were Boys, Toronto writer/director Sarah Goodman shifts to drama. Porch Stories, set on Argyle Street in the West Queen West neighbourhood, is a small picture centred on a young woman (singer/songwriter Laura Barrett) mulling some big decisions.

But the story expands to include a number of other characters on the street, and the rhythms of the neighbourhood become part of the narrative. Goodman sat down to discuss her films mood and structure in advance of its run at TIFF Bell Lightbox where Ill host a Q&A following the 6:45 pm show on Sunday (June 21).

Porch Stories has a very comfortable, lived-in vibe. How did you create that?

Thats my porch. I dont live there any more, but I lived there at the time I was filming. I work from home, and I often want to get out of my house and be part of the world, but at the same time I still need to focus on my work. So the porch was perfect for me. I started observing, just hearing the little snippets of conversations going by.

That sense of an entire community existing around your characters makes the film feel much larger and at the same time more intimate somehow.

Thats really the impetus of the film the idea of those interstitials, little moments of lives you dont know, and youll never find out what happens to them. But somehow everything does seem a bit interconnected in the atmosphere of this neighbourhood. Maybe thats the documentary part of me I just wanted to be able to capture what actually exists there, because also its changing. Its even changed from when we shot that film.

A month after I wrapped, my landlords decided to sell the house, [and] its not like they would have waited for us to finish shooting [laughs].

The leads are Laura Barrett and Jose Miguel Contreras, two musicians whod never acted before. What led you to cast them?

Ive always been around a lot of musicians, and they tend to have a natural stage presence its a kind of acting, to be a musician onstage. Its a persona, a kind of presentation of themselves. And I knew Laura a little bit and thought she was super-cool and had a great look, and the character didnt seem that much different. It wouldnt be a huge stretch for someone who hadnt acted before. With Jose, I didnt actually know him, but I knew people who knew him. He was suggested to me, and I did a little bit of research. It was very unconventional casting: I was just sort of sourcing out my friendship networks and who the musicians were out there.

See our review of the film.