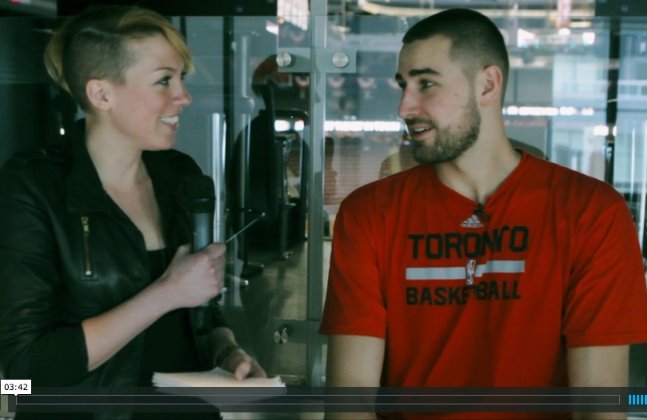 On the eve of his first-ever NBA playoff game, we grilled Toronto Raptors’ starting centre Jonas Valanciunas about the Brooklyn Nets, Drake, the Lithuanian national anthem, and which Toronto Raptor sings in the showers.

The Raptors may have lost game 1, but Valanciunas had a statement game, scoring 17 points and tearing down 18 massive rebounds (against steely vets like Kevin Garnett, no less).

An interview with Jonas Valan?i?nas from NOW Magazine on Vimeo.

Shot and edited by Graeme Phillips.