It didn't take long for Toronto Raptors point guard Greivis Vasquez to fall in love with the T-Dot after arriving. 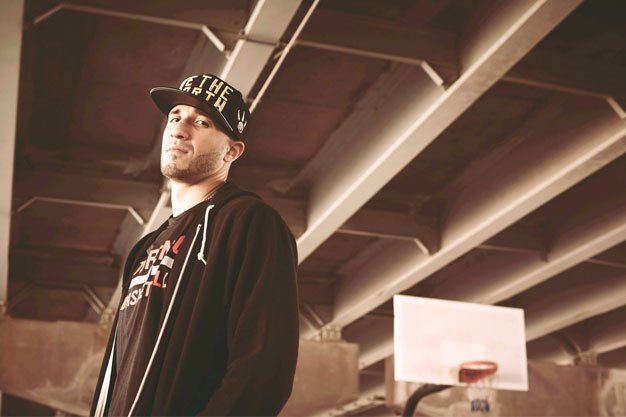 It didn’t take long for Toronto Raptors point guard Greivis Vasquez to fall in love with the T-Dot after arriving from Sacramento in that season-changing trade for the dinos last December. He’s been proudly repping the city to anyone who will listen ever since. NOW recently caught up with the Venezuelan to talk about how he fell for the game as a child back home and what he likes most about his new hometown.

What is it about Toronto that makes you feel so strongly about it?

It’s a different market. There’s a lot to do here. People are really passionate about their team. You watch a game and it’s a completely different atmosphere from a lot of teams in the States. We’ve got to be done underestimating this city. I think eventually we can bring a championship here and show the world how great it is to play in Toronto.

And the winters aren’t bad, right?

It’s freezing, but you’re telling me New York, DC, Philly aren’t? I went to school in Maryland, and it’s just as bad as it is here.

Give me your tourism pitch for Toronto.

I love the restaurants… Venezuelan, Greek, it’s very diverse. I’m from Venezuela, where we have some of the greatest-looking people in the world, but in Toronto everyone looks good.

Where would you take a friend coming to visit for the first time?

What is your earliest basketball-playing memory?

My dad took me to a professional basketball game back in Venezuela, and I just fell in love. I had a little basket right next to the place where he used to drink beer with his friends. I’d just be playing all day and night while he was having fun with his friends.

Who was your favourite player growing up?

Diego Guevara. He still plays back home. He went to college in the States. I used to watch him on TV. Every time he’d hit a three-point basket, he’d blow kisses to his wife. He was the only college player at the time who was married. That’s the main reason I wear No. 21. He’s one of my idols.

How about NBA players?

It’s crazy. Vince Carter when he was here, I loved him. I bought his jersey. I used to watch the team a lot back in those days. It’s an amazing story. I never thought I was going to be where I’m at – being drafted in the first round, coming from a different country, the only one from my country right now who plays in the NBA. That’s a great accomplishment, but at the same time it’s my motivation to help kids back home.

Can you relate to [Brazilian-born Raptors] rookie Bruno Caboclo trying to learn the game and the language at the same time?

“I couldn’t speak English [when I first moved to the U.S.], so I identify with Bruno a lot even though at his age I wasn’t in the NBA. The language barrier is hard. He’s a baby playing in a men’s league. It’s tough, [but] he’s going to do a good job. He just needs time.

Do you look out for Bruno?

I’m always being a leader. I’m always going to try to help him. That’s what point guards do.

This story has been edited and condensed.