Canadians have a choice when it comes to fighting global warming, but true change can't be achieved by tar sands expansion 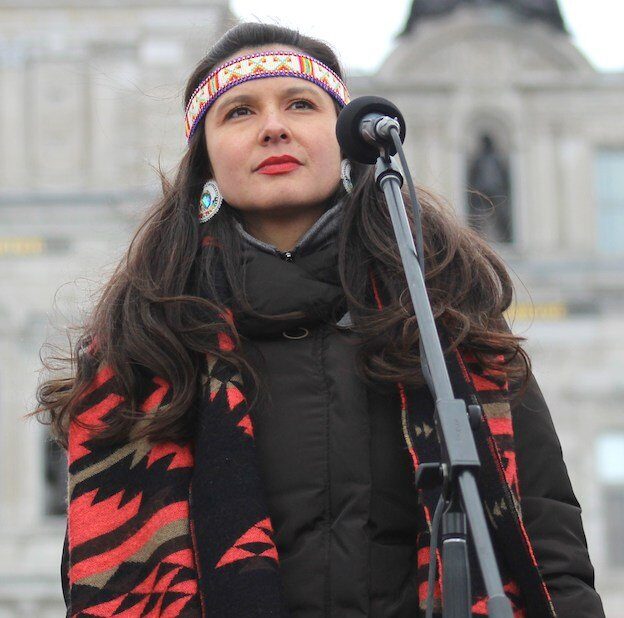 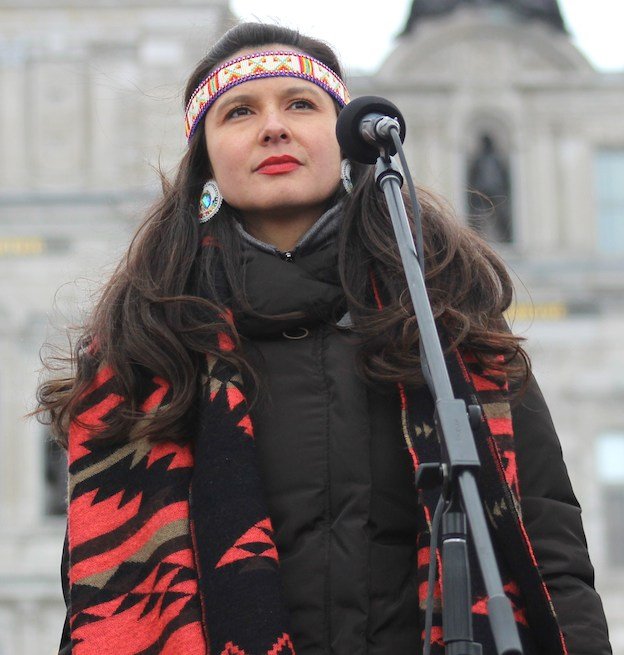 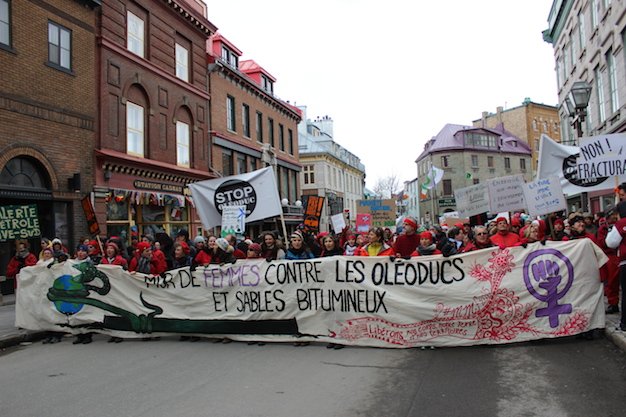 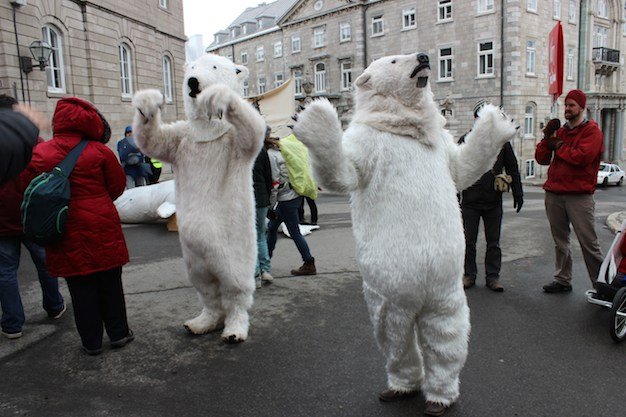 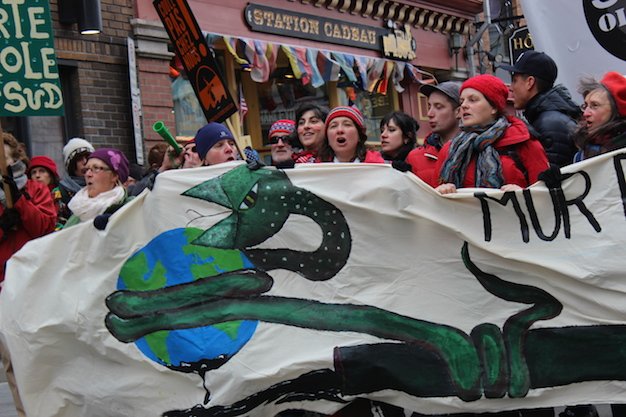 Quebec City – As a member of the Lubicon Cree First Nation in northern Alberta – and a climate and energy campaigner for Greenpeace – Melina Laboucan-Massimo has experienced the effects of tar sands devastation first-hand.

A few days before the last federal election four years ago, a massive pipeline spill dumped 4.5 million litres (28,000 barrels) of oil, leaving a huge swath virtually unrecognizable. The community wasn’t fully informed about the massiveness of the spill or its potential dangers until days later.

Laboucan-Massimo’s father, who grew up in Lubicon traditional territory hunting for his food, is now finding tumours in the carcasses of moose he hunts.

No longer can the people in the community drink the water from local rivers and lakes. Now they have to bring bottled water on their journeys into the forest.

Says Laboucan-Massimo, “I remember being on the horse and wagon out on the land, and I remember how beautiful it was when I was a child with my grandparents. Now when I go back I cry every time.”

Laboucan-Massimo was among the 25,000 who marched in Quebec City on Saturday, April 11, in a national day of action ahead of the premiers’ summit on climate change in that city this week. Converging on the Fontaine de Tourny, the massive crowd took on the shape of a giant thermometer. They held red placards high to signify the rising temperatures threatening the planet.

The clarion call: when it comes to climate action, Canadians need to remember that we have a choice. And that true change on global warming can’t be achieved by expanding the tar sands.

The theme was emphasized during a pre-march press conference at Hôtel Château Laurier by leading climate activist and Forest Ethics co-founder Tzeporah Berman.

Berman said that not only will the planet suffer, but the future of the Canadian economy will suffer greatly if premiers permit pipelines to fuel tar sands expansion.

“It’s simply not okay that pollution from Alberta is skyrocketing and wiping out progress that we are seeing in other provinces,” she says. “It’s not okay that we will not be meeting our climate targets. The United States is now meeting and strengthening their climate targets. Hundreds of jurisdictions have now committed to be 100 per cent renewable by 2050. It’s time for climate policy to be de-veloped in Ottawa, not in the oil patch.”

“We are asking all premiers and the government of Canada to do what is right for Canada and put in place a climate strategy that puts people before pipelines and communities before the oil companies.”

Berman noted that it’s because of federal inaction that provinces and territories are moving. Although their leadership is appreciated, Berman says we’ve reached the tipping point. The federal government needs to play a role in protecting the climate if real change is to be achieved.

Most provinces are on board with the need for a transition away from toxic energy sources, but there is still tension between some of them.

Grand Chief Serge “Otsi” Simon of the Mohawk Council of Kanesatake also spoke at the press conference. He told NOW in an interview afterwards that his biggest problem with tar sands expansion is that the process of extracting oil from this ecologically sensitive region takes more energy than it gives back in profits. He says sucking the very life out of the earth so that a few individuals can profit at the expense of future generations makes no sense no matter how you look at it.

With our heightened awareness of human impact on the climate comes the moral obligation to act, says Karel Maynard, director general of the David Suzuki Foundation in Quebec.

“Climate change is not only an environmental issue. It’s also a social justice issue.”

The dynamic gathering of indigenous leaders, environmentalists and social justice advocates in Quebec City represents an unprecedented and much-needed coming together, Maynard says.

With its sights set on the pivotal Climate Summit in Paris in the fall, the environmental movement continues to grow.