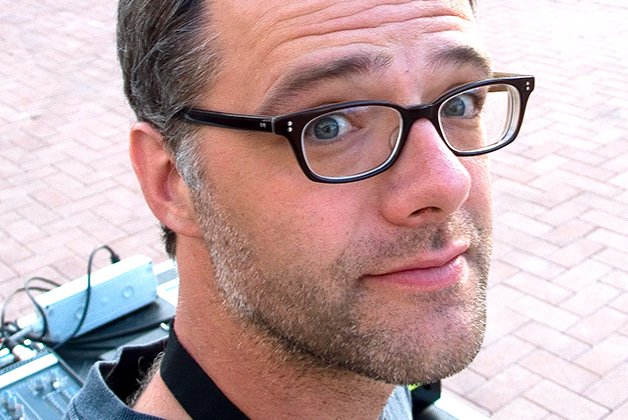 It’s arguable that our anxiety about the Other became paranoia with 9/11.

In What I Learned From A Decade Of Fear, creators Trevor Schwellnus, Beatriz Pizano and Lyon Smith explore contemporary concerns around terrorism and national and personal security.

Aluna Theatre’s show was inspired by a number of things, including what they call the “new medievalism,” described by Schwellnus as “the bunkering up and fortification of structures, especially corporate headquarters worried about attacks.

“When Bea talked to a friend in Colombia, she learned that they’ve had such ‘intelligent buildings’ for years. That led us to think about how the environment has changed since the Twin Towers, how we’ve started bunkering our minds as well.”

Developed in residency at the Theatre Centre, the play had an ironic beginning: the first day’s rehearsal was the start of the G20 weekend. Talk about paranoia.

Using a combination of live performance and multimedia (Schwellnus is scenographer as well as director) much of the action is an extended interrogation during which Pizano questions Smith about seemingly everyday things like his children and the organic jam they eat.

“We’re looking at what it means to interview someone and how that can move to interrogation or something more sinister. Linked to that style is how we frame our understanding of the thing or person we don’t understand, how that becomes an active tactic in how we deal with others.”

The treatment of Omar Khadr and other areas of research – Pizano drew on the abuse at Abu Ghraib and Coco Fusco’s A Field Guide For Female Interrogators – fed the project, as did Schwellnus’s playing around with a security camera as a storytelling device.

“Looking at a screen and looking at a live environment are totally different,” he notes. “We’re experimenting with how an open room can appear to be contained, even made to look like a prison, through the use of a camera. That’s become a subtext in the show: how a person’s viewpoint is a perspective but also a cage that defines how you look at the world.”