Olivia Chow seemed unwilling to continue the conversation she had instigated on race, but at least it was a start 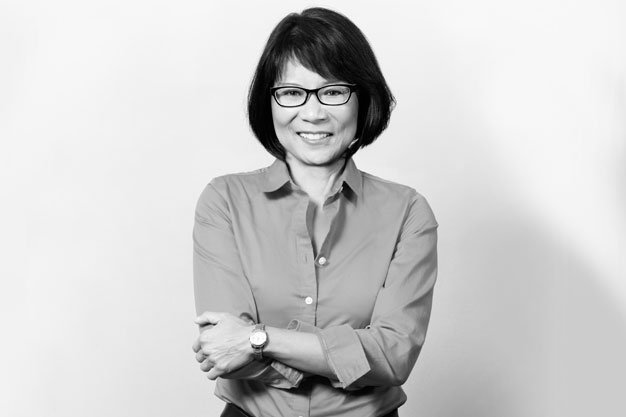 When Olivia Chow was asked during the election how she, a card-carrying New Democrat, would differ in leadership from former mayor and NDP member David Miller, Chow’s reply was “I’m not male. Not white. Want to start there?”

Despite this brash invitation to explore diversity in politics, Chow seemed unwilling for much of the rest of the campaign to continue the conversation she had instigated where race was concerned.

This unfinished business – the unacknowledged truth that race and ethnicity affect people’s daily experience – was frustrating for all who seek equity and social justice. It’s fair to wonder if Chow’s advisers told her to lay off the race stuff: critics dismissed her “not male, not white” remark as irrelevant her supporters said it was a bad joke. All sides seemed eager to dismiss the subject and move on.

But while Chow and many other promising candidates from visible minority groups failed to get elected and were unable to fully transform our political conversations about race, they made it possible for us to at least raise the issue.

It isn’t every day that voters hear first-hand from a person of colour that inhabiting darker skin offers unique and meaningful insights and experiences. We are far more used to hearing that racial diversity is our strength, even though most of the political and financial leaders are white men.

But you cannot ignore race in Toronto. Chow and other candidates were the targets of vicious attacks about their skin colour, religion and manner of speaking English.

Far from wanting to frame the election through the actions of overt racists, many candidates like Ward 2 council competitor Andray Domise attempted to go deeper. The outspoken, whip-smart man of Jamaican heritage took dead aim at the racist agenda of Mayor Rob Ford. Domise set social media on fire after posing with Ford for a selfie, only to turn and ask the mayor why he had called black people “nigger” and “fucking minorities.”

His insistence on holding Ford to account not merely for racist remarks but for reckless housing and recreation policies that harm people of colour was a refreshing and hopeful approach. Similarly, Idil Burale, who ran for council in neighbouring Ward 1, spoke candidly about poor relationships between Somali youth and the police.

But Domise finished a distant and disappointing third even though he earned regular mainstream media attention and fundraised so successfully that he eventually began directing prospective donors to other candidates. Burale finished fourth.

Denise Balkissoon, co-creator of the blog Ethnic Aisle, says the media only scratched the surface of the issues candidates of colour fought to raise.

Political conversations about race are rare, and usually far more sensational than discussions of who uses transit in the burbs.

But she’s cautiously optimistic about the reach that race-based conversations during the election may end up having. A memorable moment for her was when Global TV reporter Peter Kim asked mayoral candidate (now mayor-elect) John Tory if white privilege exists. “Having someone ask him that question on television is moving the conversation forward a little bit,” she says.

Balkissoon says politicians, media and the general public can all learn from their mistakes about race, just as they do on other policy issues.

“I do feel it’s everyone’s responsibility, but not everyone is going to do it well.”

In early October, months after Chow had opened and then mainly backed away from questions about race, the persistence of attacks against her were too overt to ignore. CBC asked the veteran politician about the need for political candidates to confront racism and sexism.

In her answer, we saw a different Chow, the one who challenged systemic racism and homophobia in policing more than 15 years ago: “If I’m too tough I’m seen as bitchy,” she said, while also noting the stereotype that “Asian women are supposed to be gentle.”

It can’t have been easy for Chow and others like her to talk about privilege and systemic bias in response to personal attacks about their respective identities. They drew fire just for being who they are.

Yet they’ve encouraged us to consider race in an enduringly resistant culture of whiteness. It’s not ideal for our diverse city, but it’s a start.