Rage and racism on the TTC 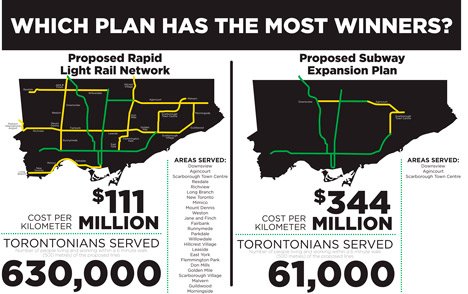 Maybe it’s the the weather. Or maybe Donald Trump and Nigel Farage are to blame. Or it may be the sorry state of public transit.

I’ve been a daily user of the TTC for my entire adult life. Over the past few weeks, I’ve encountered a level of rage and hostility among passengers, related especially to race and immigration, that is inexplicable.

I do not recall ever observing this kind of aggressive and angry behaviour on TTC vehicles so frequently. I am not alone.

Recently, on a Toronto morning radio program, a woman described the horrendous behaviour of a middle-aged white man who loudly and in racist language harangued two women sitting behind him.

When a young Black man tried to reason with him, he pulled out a can of mace from his pocket and sprayed his face.

Some scenes I have encountered:

• I’m standing at a downtown streetcar stop in the sweltering heat. A large crowd of passengers is waiting, mostly tired people going home after work. Twenty minutes go by with no sign of a streetcar.

An elderly man begins to get restless and starts mumbling. Soon the mumbling turns into a tirade. “I am a Canadian and proud of it,” he declares – apropos of what, I’m not sure.

It turns into a venomous speech against all those “who are destroying this great country.” I get the subtext. He’s talking about the “foreigners” who are gathered all around him at this stop. They are changing his country, including, I suppose, the public transit system.

• I’m in a streetcar. Predictably, and consistent with what appears to have become the TTC’s standard of service downtown, it’s overcrowded, with barely any elbow room between passengers. Even with windows open, there is virtually no air.

A visually challenged man lowers his walking stick and the end lands on the toe of the woman beside him. She explodes: “Keep your fucking stick off of my foot.”

A couple of good samaritans try to intervene as she keeps up her increasingly colourful language.

She will not be mollified and finally threatens to take the stick and “shove it down your fucking throat.”

The poor streetcar operator has been trying to do his best to pacify the situation over the PA system, urging everyone to be civil, mind the children and so on. Finally, he stops the streetcar. “All right, someone has just made a death threat.”

He reports the incident using the phone inside the streetcar. The streetcar is not moving, and traffic piles up behind it. The woman asks to be let off, which the operator allows. She stands on the sidewalk and makes her own 911 call. No one shows up.

Finally, after what seems like an eternity, the operator gets clearance from some unseen supervisor and we move. This leads to a general conversation inside the vehicle about the incivility in our society, from City Hall politicians and the mayor on down, that has brought the TTC and the city to this.

• Another day, another late and very full streetcar. Two middle-aged men, one white and the other Black, find themselves standing side by side. The Black man is carrying several overflowing bags and has no place to put them on the floor. He’s doing his best to avoid inconveniencing anyone, trying to hold a few and putting the others between his legs.

The white man next to him finally cannot put up with all the movement and jostling. He swears and makes a nasty comment. The fuse was waiting to be lit. A war of words erupts that soon turns into a challenge to a fist fight. It goes on until the stop where one of them is getting off. As he makes his way to the exit, he says, “Come on, step out and let us see who is the man. You are a fucking pussy.”

Sociologists may be able to say whether all this has anything to do with rage related to race and immigration. I believe that the sorry state of Toronto’s public transit system is a significant contributing factor.

The TTC operates a very good bus service. The subways and streetcars are another story.

More often than not they are late. Often, a bunch of them will arrive all at once, with only the one in front taking on passengers while the others follow, almost or completely empty.

The TTC is in a perilous state. It’s not because of those who operate it, but because the system has not received the care it needs and deserves.

The cost of the neglect is considerable, both to the transit service and to the public. For the TTC, the deficiencies carry a significant financial cost and cost to its reputation. I wonder if anyone has monetized the wastage in lost time, under-utilization of equipment and staff cost. I suspect this would be a revealing exercise.

I’m not a transit expert, but dreams of smart tracks and new routes and other grand schemes sound foolish when you can’t look after the existing service. People are being driven to rage and are taking it out on each other.