NOW MagazineMusicRadiohead clear out the attic on A Moon Shaped Pool

Radiohead clear out the attic on A Moon Shaped Pool

On their ninth album, the English five-piece put aside their deconstructionist tendencies in favour of more familiar sounds 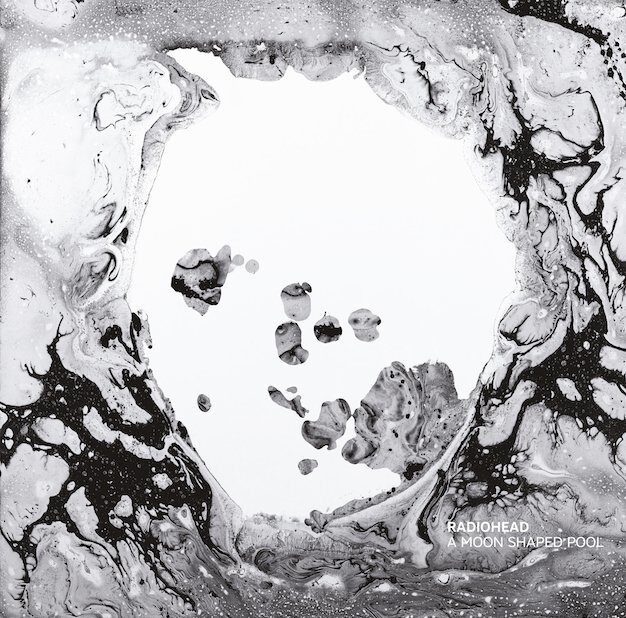 Radiohead rolled out their ninth full-length in a way that felt reliably contrarian. At a time when high-profile LPs are stunt-released with Jumbotron teasers, surprise announcements and online scavenger hunts (a trend they helped precipitate with In Rainbows in 2007), the band methodically scrubbed all signs of their presence online, which in itself conveyed the sense of a Big Event looming on the horizon.

In a way, the pre-release activity (or lack thereof) also resonates thematically with the album: the only way you’d think of this as “unlike anything you’ve heard from the band” is if you haven’t heard any of Radiohead’s previous work. A Moon Shaped Pool feels like the first time in years that the English five-piece haven’t tasked themselves with debuting a new array of sounds and a rote deconstructionist approach. It is perhaps the first Radiohead record that favours refinement over risk.

Like the jettisoned online content, the album marks a cleaning out of the attic. Many songs having been in Radiohead’s repertoire for a while and presumably the band felt the time was right to bring them up to form. The result sounds like a cathartic overhauling of their past, especially by way of the record’s inward-looking themes. Never before have Thom Yorke’s lyrics sounded so straightforward and personal. The songs are about falling out of love, the distance between people, and the slow, cumulative weight of change, with comparatively little in the way of Prufrockian social anxieties or techno­political hellscapes. If any rock dads out there need a Lemonade to call their own, A Moon Shaped Pool should do the trick.

It’s also Radiohead’s bleakest album to date, no small feat for a band whose OK Computer defined the bleak-geist of the previous generation. The songs have a deliberately melancholic energy, winding up ever so slightly and then winding down fully and completely. There are few hooks to speak of, and when they appear, they’re in the vocals, like the falsetto delivery of “all the good times” in Ful Stop, the mildly outrageous refrain of “broken hearts make it rain” in Identikit.

You get a sense that the original core of these songs stayed in place the whole time, as opposed to the more radical disassembly the band has practiced on past records. Most of the songs are built on a strong piano or guitar foundation that seems to have remained in place throughout the recording process (as can be seen in clips of Yorke’s recent solo performances and the band’s 2012 tour). These are augmented with classic bits from the Radiohead playbook: chords pulled apart into languid arpeggios sweeping orchestral accents collaged bits of backward looping and shuffling static a nimble, skittering post-motorik rhythm section.

Throughout, Radiohead are in full command of their powers. Phil Selway’s endlessly inventive drum parts, on display in the minimal slow-jam groove of Decks Dark and the nervy shuffling of Ful Stop, are one of the band’s finest stealth weapons, and Jonny Greenwood’s orchestral arrangements are seamlessly woven into the fabric of the songs, never top-heavy or ornamental.

Lead single Burn The Witch goes straight for the gooseflesh with staccato, Steve Reich­inflected strings, see­sawing between tension and resolution, and underpinned by growling synth tone and tin-can drum programming. Penultimate track (and the one with the most Monty Pythonesque title) Tinker Tailor Soldier Sailor Rich Man Poor Man Beggar Man Thief feels like a lonely and tentative journey into darkness, until the strings start to swirl in the second half, a kind of event horizon that the whole song starts to hurl itself into.

It’s weighty without feeling overwrought, which is saying a lot, but there is also a whiff of overdetermination. The abundance of care and subtle attention to detail brings the energy ceiling pretty low in places. It’s not as though Radiohead need to hang onto crashing drum crescendos and unruly guitar solos (although there is a lovely one at the end of Identikit), but you wonder faintly if the band feels overburdened by the idea of aging gracefully.

It’s also tempting to speculate about the band’s underlying agenda, to wonder why long-time fan favourite True Love Waits closes out the album instead of, say, last year’s excellent Spectre, which seems much more recent. We have to assume, though, that they had no concessions imposed on them from the outside, and that A Moon Shaped Pool is exactly the thing they intended it to be.

This is a band on their own schedule, indulging their whims and free to release the album they want, when they want. Whether or not you’re looking for a record with everything in its right place (sorry!) and no surprises (oh no!), Radiohead is as Radiohead does – what more could we ask of them?